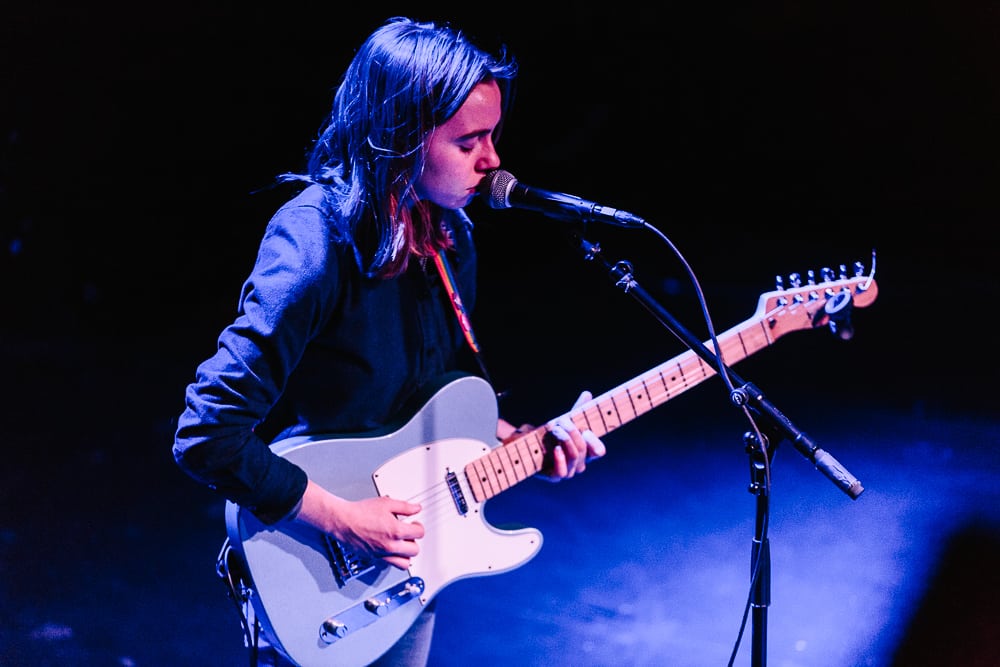 Supporting a band is always difficult. You’re playing a bigger venue to a crowd that will largely be unfamiliar with your material. You have to make a bigger impression as you’re there to show yourself off and try to gain new fans along the way. Even the greatest of performances may not resonate as well if neither elements works in your favour.

So it was a shame to see that The Bridgewater Hall is quite sparse and whilst sitting there I just get the feeling that most people couldn’t care about Julien.

That being said, Julien proved that she is an incredibly talented musician. Utilising loops pedals she was able to flesh herself a bit more and fill the emptiness and get overlapping parts either on the guitar or keyboard. She could have added an another performer for the whole performance but it would have slightly ruined it. The main appeal, for me anyway, is that is just her. It makes it more personal and gives that emotional punch a bit more sting.

The first few notes of ‘Turn Out The Lights’ and ‘Appointment’ put her off to a great start. While the venue was not right for her she didn’t let it stop her. Bridgewater Hall is not meant for her isolating and intimate style but Julien put up a good fight and ended up leaving a good impression though at times she didn’t quite break through.

She switched it up halfway through when at the end of ‘Rejoice’ she put her down guitar still resonating with the last note to go to her keyboard for the more ballad driven ‘Televangelist’. It added more flavour to the short set and showed that while her music is relatively simple, she quite diverse.

At the end of ‘Sour Breath’, the last cries of “The harder I swim, the faster I sink” were just enough to penetrate the barriers presented by the venue. It was little moments like this that really showed what she is truly capable of both as a songwriter and performer.

She wasn’t on her own all the time. She was eventually joined by a violinist for the last two songs. It gave the performance a bit of depth but it was not overpowering, still allowing Julien to shine through. It also added a little twist to her final song ‘Something’ and gave it a little extra flavour, ending her set on a high note.

At the end of the day, it wasn’t the place for Julien to be. She needs to be in an intimate venue, where her emotion can effectively be felt throughout.  That isn’t to say that she was bad. That’s far from the truth. She still managed to pull out an impressive performance and considering the circumstances she excelled. Now I’m just left desperate to see her again in a proper setting.