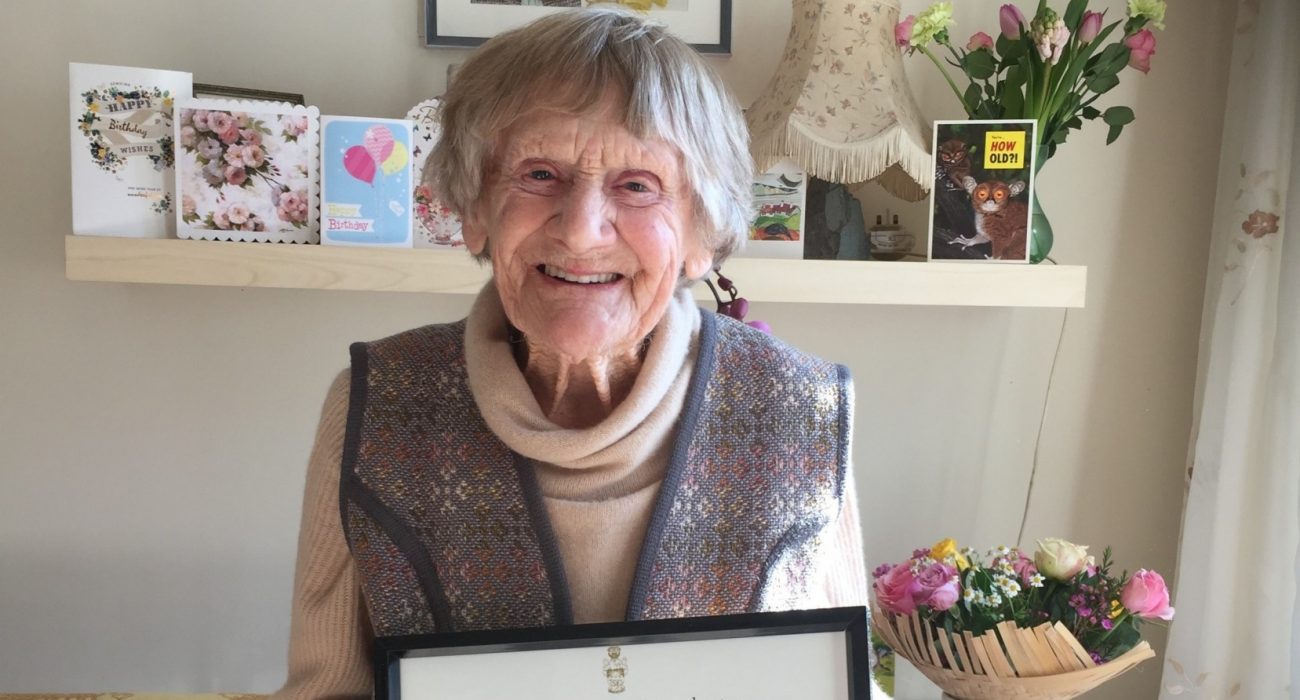 The document was officially presented to her during her 101st birthday. Her daughter Alison arranged the surprise for her.

Catherine, from Southport, was born in 1917 and entered the Victoria University in Manchester in 1935. As a student, she resided at the Ashburne Hall in Fallowfield and was quite active in University organizations. She sang in the choir and was part of the fencing and athletics clubs.

Upon graduation in 1938, she received a first class degree in English, and attended the graduation ceremonies but never received her certificate. The impending war also meant she also had to immediately move to Glasgow for wartime placements.

After the war, she taught English at the NW Polytechnic in London (now the University of London) and in grammar schools. She had numerous international students among them a future president of the University of Bristol’s student union and a government minister of St. Lucia in the Caribbean.

She had a long and fulfilling teaching career and has three children, five grandchildren and three great grandchildren. A true outdoorswoman, she embarked on a trekking and whitewater rafting adventure in the Himalayas when she was 75. Today, she walks her dog everyday and lives a very independent life.