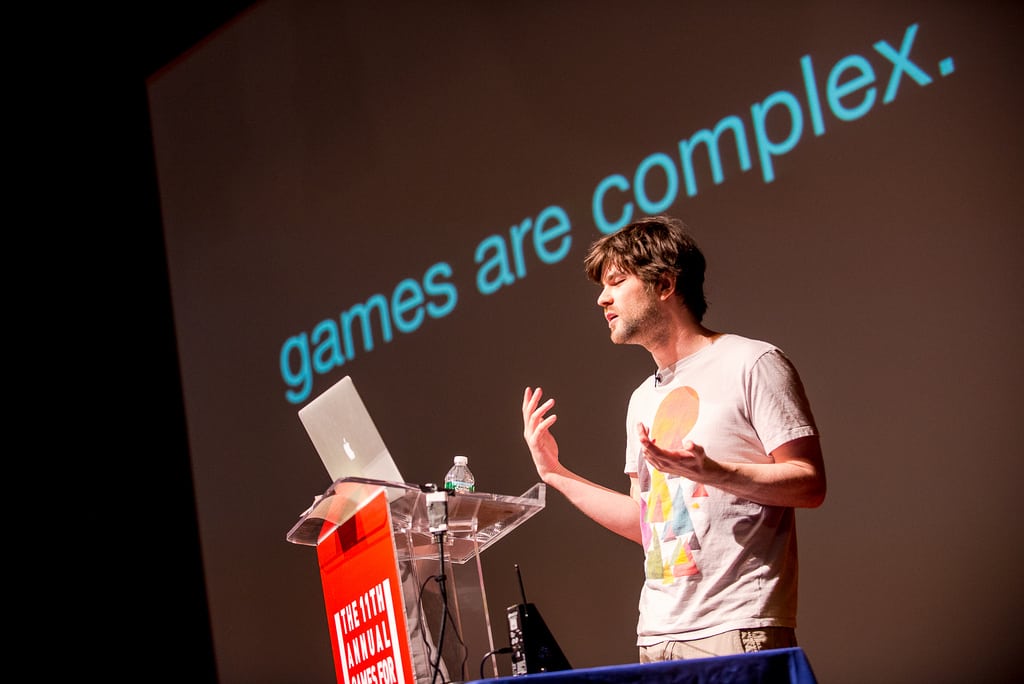 Gamers fight back against POTUS

On the 8th of March, in the wake of the yet another school shooting in the United States, which sadly left 17 dead and 15 injured in Parkland, Florida, Donald Trump called for a meeting to discuss how violence in video games might be a cause for horrific behaviour such as this. Here we go again…

Make no mistake, this is certainly not the first time this has happened: in 1992, Mortal Kombat was criticised for its excessively violent and gory gameplay and aesthetics, and the same kind of outcry came with the release of Doom a year later. I remember vividly the 2004 banning of Manhunt in the UK after the murder of Stefan Pakeerah, and, in even more recent times, a similar conference being called after the Sandy Hook shooting in 2013.

The gaming community is no stranger to the tired argument that violence in video games breeds violence in people. In fact, it’s more than likely that you’ve heard something along those lines from your own parents, especially if you’ve ever owned a Mortal Kombat, a Call of Duty or a GTA.

Point being: it is a sad state of affairs when seemingly every time an individual carries out one of these horrendous attacks, the focus never seems to solely be on the culprits, school security or even bigger issues such as gun control. Somehow, gaming gets dragged into the mire, despite being a regular pastime for plenty of teenagers across the world who would never even dream of blaming games for outlandish behaviour, let alone committing such atrocities.

Regardless, it seems to be a persistent fixture in the media’s agenda. Whilst it is heartbreaking to see an industry that we all love repeatedly vilified and totally misconstrued because of what is an anomaly though, the community has been steadfast in its defence of gaming after the fact.

Games for Change is a non-profit organisation that strives to make social impact and spread awareness of games that engage with culture and touch on serious topics such as world conflicts, sexuality and mental health. Their response to this recent meeting came in the form of 88 seconds of video game footage, and every one of them was perfect.

This montage featured the likes of Journey, Horizon Zero Dawn, Life is Strange, The Last of Us, even Fortnite, showcasing some truly considered pieces of art direction and the pure beauty to be found in games, even in ones that contain violence. The whole thing was topped off with a simple statement of defiance in the form of the hashtag #GameOn.

This clip came as a response to an equivalent show-reel shown during the meeting itself, which had an identical run-time and instead featured footage of violence within games such as Fallout, Sniper Elite, Wolfenstein and The Evil Within. Mainly though, it was just clips from Call of Duty (likely the one game that most of them had seen their own children play, ironically, without any worry over their impressionability, I’m sure), including the controversial ‘No Russian’ mission from Modern Warfare 2.

But what is so frustrating about the so-called dismay felt by those who were said to recoil at this video is that, if you remember, that infamous airport shooting was entirely optional: you could choose whether to play through the section. Better still, it gave parents the chance to intervene, should they catch a glance of their kids prompted with that screen, after buying them a game they were clearly too young or mentally unprepared to play! ‘No Russian’ and no dice either.

The reality is that, as mentioned before, video game creators, publishers and players alike all accept that many games contain violence and disturbing images. Melissa Henson, a spokeswoman for the Parents Television Council, was quoted by Rolling Stone as saying that “violent video games and other media are one of three core causes for violence in America” — the key phrase being: “and other media”.

There is no denying that the tone of Trump’s meeting was reported as overtly tense and shocking on the part of most White House representatives. However, there were also numerous figures from within the industry present, including Robert Altman of ZeniMax Media (Doom, Fallout, Wolfenstein) and Strauss Zelnick of Take-Two Interactive who publish the Grand Theft Auto series.

Their role, as it has been in past meetings, was to echo that very sentiment offered up by Henson: that games, like movies, television and even literature, often include more testing and mature content — hence ratings like any other format. Moreover, they had the same tiresome task of reminding those in Washington that video games, as a form of digital expression, are protected by the first amendment.

To conclude then, the outcome was largely the same as it was the last dozen times this contrived argument was so readily brought up: no policy was drawn up, no concrete findings to ostensibly link games to violence like the kind seen in Florida.

The meeting was of little consequence other than to show non-gamers that violence is portrayed in video games and perhaps, as Z. Byron Wolf of CNN writes, because “Trump wants you to think about video games instead of guns.”

Yes, my opinion might be coming from the biased position of being a gamer, but, equally, the same can be said for those who do not play games yet are so quick to waste time and divert attention from truly pressing issues that are also, unfortunately, protected by the American constitution… if you catch my drift. It can’t be just me that thinks the connection between guns and shooting is a tad stronger than the one that tries to undermine gaming.

At the end of the day, most reasonable and responsible people don’t possess the same urges to carry out such unimaginable acts, and that includes gamers; I imagine many of those lost in these terrible attacks played games, but it didn’t make them killers. Outliers will always exist and of course, they must be managed somehow, but singling out gaming culture as accountable for this behaviour is not the solution, nor can it be labelled the root cause.

So, let us not take away from the memory of those lost in tragic moments such as this one by allowing gaming, an activity that was likely a source of joy in many of their lives as well as our own, to be vilified and used as a scapegoat in what is a much bigger debate that is enveloped in all different types of questions surrounding human nature.