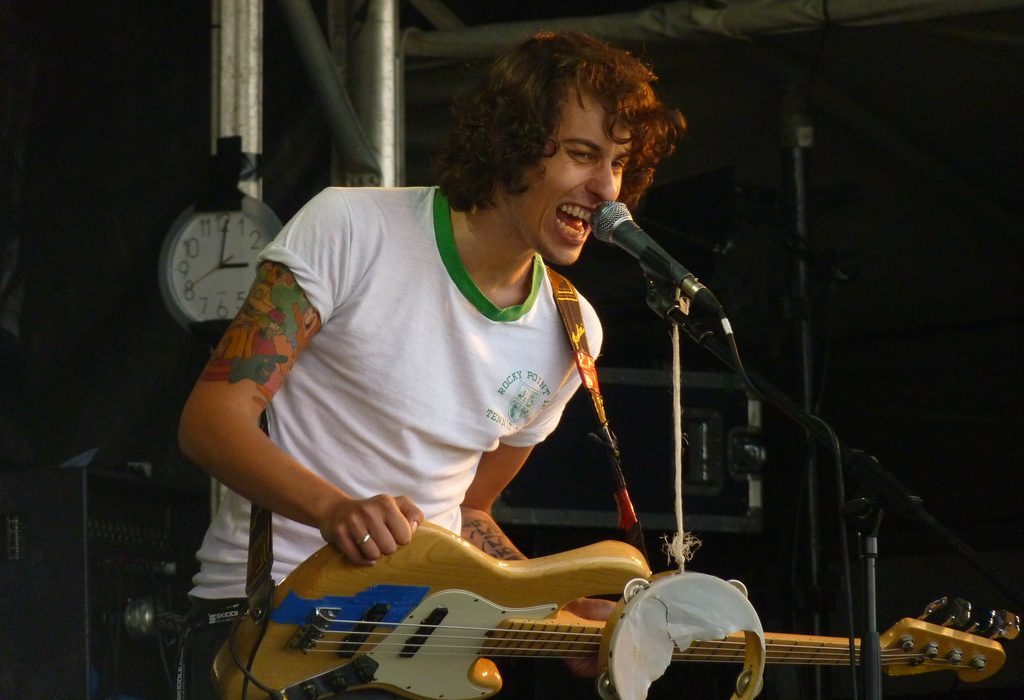 After releasing their new single ‘M62’ last month, Little Comets began their UK tour this week, kicking things off in Nottingham and providing one hell of show.

On Friday night, the band will bring their energy to Manchester’s Club Academy, and will finish the tour in their North East home on the 21st ofApril in Newcastle. With three further singles, European festival appearances, and an album to follow this year, 2018 is set to be a busy year for the lads.

Little Comets have spent the winter in Europe, writing in Frank Sinatra’s former Bordeaux home, after an arena tour with Catfish and the Bottlemen and a jam-packed 2017. The change of scene indicates the potential for a refreshing fifth album, but they are sure to stay true to their kitchen sink indie roots.

The latest single ‘M62’ is an ode to Manchester and it’s clear they’ve enjoyed experimenting with guitar sounds. In some ways the track returns to their older sound, in contrast to 2017’s Worhead. ‘M62’ is beautifully raw in its nifty guitar licks and quirky lyrical style, and promises great things for the band’s new record.

You can catch Little Comets on the following April dates: