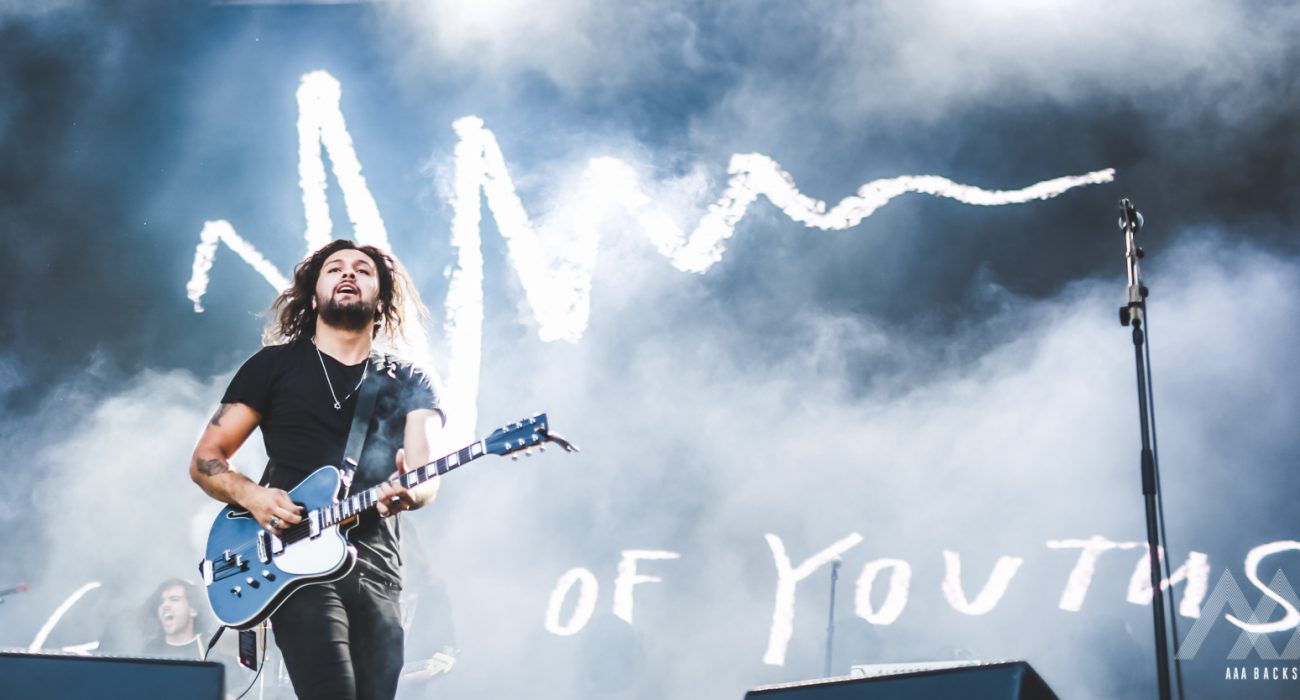 Gang of Youths may not be a household name just yet, but coming off the back of their stunning sophomore album Go Farther in Lightness, the Australian band seems to be headed in a direction that can only lead to international stardom.

Three songs off of Go Farther… made it onto the Triple J Hottest 100, 2017 — all three were in the top 10. The entire album is a thoroughly enjoyable listen as they blend a musical style that is familiar and accessible with hard-hitting lyrics about the struggles of life, death, and that weird period of time in between.

It seems that the band had a somewhat awkward time translating this album into a live setting however, with certain bits of instrumentation (such as string ensembles) missing from the performance. Nonetheless the band covered up any holes one could nitpick out of the performance with resounding enthusiasm, whipping the crowd into a frenzy at multiple points throughout the performance.

It would be impossible to mention Gang of Youths without directing the conversation towards David Le’aupepe. Although his name doesn’t yet carry the weight of some of history’s most iconic frontmen (think Bon Scott, Joe Strummer, Freddie Mercury), Le’aupepe would strut, dance, and throw himself around the stage with a fluid bravado you would expect to see only amongst the ranks of world famous musicians. The energy he brought to the performance was sensational, and with every little action he made you could see the passion coursing through his veins.

Between and during songs Le’aupepe would frequently engage with the audience with waxing and waning levels of both aloofness and gravitas. This was a man loving every second of his job. There were many light-hearted moments such as taking a fans phone in order to take a selfie, or how he climbed into the crowd and made his way all the way to the back in order to dance with some of the fans. Many Australians had turned up in the crowd to support the band, but everyone in that audience was stood in unity, laughing, loving, and singing along to some of the best rock and roll anthems that have been written in recent years.

However the performance became more sombre at several turns. He prefaced the track ‘Persevere’ with a solemn recounting of the tracks inspiration (the death of keyboardist David Anderson’s unborn child) and how that changed his life and perception of life. At another point he reached out to those who may have been struggling with depression, mentioning how it was four years from the day he attempted to take his own life and pleading to anybody who needed to hear it that they should find somebody they trusted to talk to.

Gang of Youths write their music with a great focus on duality. Amongst all the dancing in that crowd were dark thoughts, people reaching out and clinging onto the music and the solace it brought them. From the black and white colour scheme associated with their artwork to the poppy upbeat nature of songs featuring dark lyrics the band were presenting both sides of a coin and how in life for all of us we can’t escape the bad side, but that doesn’t mean the good side has left us. That is, if you buy into what Le’aupepe sings about. At times the performance did seem cheesy, and the lyrics seemed like cliches. But when the notes rang true they resonated around the room.

With so much time spent on Le’aupepe’s antics, it is important to highlight that although he was the most standout member of the band, he by no means carried the performance. The music was extremely tight, and although other members of the band didn’t quite throw themselves around with the gusto of their frontman, they all brought a high level of energy and played off each other extremely well.

This was just the first night of the tour, but the band showed no signs of rustiness. Much like the tour, it also feels that Gang of Youth’s rise to stardom is only beginning; they are definitely a band to keep an eye on.