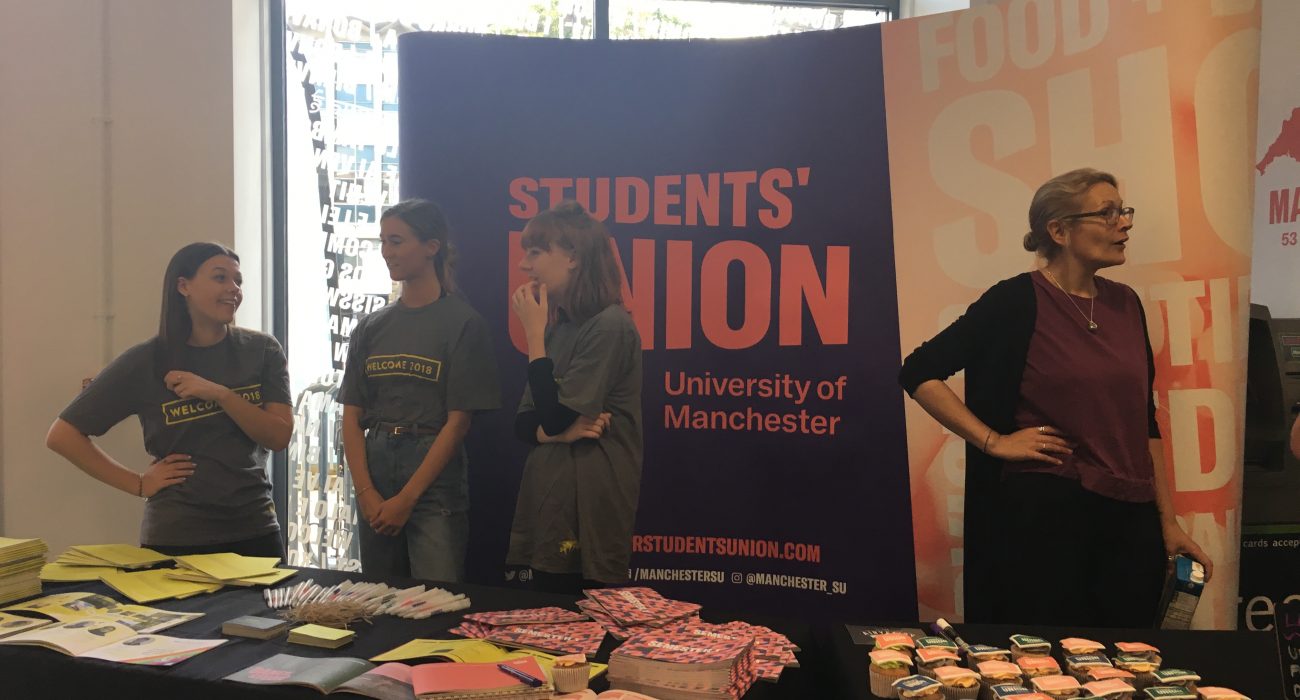 The Students’ Union (SU) have officially launched their rebrand in time for the start of the new academic year. The project has taken three years to complete, and cost approximately £12.5 million.

The refurbishments have doubled the meeting spaces available for students to book and tripled the storage space available to societies. New features include ‘The Hive’, two dance studios, a theatre and 532, the newly refurbished and branded SU bar.

There have also been improvements to the catering, with the introduction of Pieminister. Costa Coffee will now be replacing Starbucks in the ‘Brew’ hut.

Improvements were based on a 2015 survey that asked students what they wanted from their Students’ Union. Common answers included increased storage space and meeting spaces.

“There isn’t really anything that hasn’t changed,” Ben Ward, CEO of the Students’ Union told The Mancunion. “We have the biggest number of societies of any Union in the country, they really struggle for space to hold some of their events, so we have even more space now for them. We’ve also got things that they’ve been asking for in terms of storage spaces and performance spaces”.

“There are also just much nicer spaces for students to come and relax and come and spend their time”.

The Union have also introduced new services along with the rebrand, including Jobshop. This will be a space for the SU, University and, other companies in Manchester to advertise employment for students free of charge.

Other projects given a home in the new space are more student-led, such as Biko’s Bikes. This cycling initiative will allow students to rent bikes that fellow students have helped fix, for a small fee.

Speaking about the new spaces, Activities and Development Officer Lizzy Haughton told us: “It’s a really good opportunity for networking, people will come up for specific things and bump into other people, which will increase student engagement and further relationships between different societies. There’s also a lot more opportunity for [societies] to put on their events in both casual and formal spaces”.

Changes have also been made to the Union’s music venues, Academy 1, 2, 3, and Club Academy. Artificial cooling has been installed to aid audience comfort during busy gigs. It is also hoped that the new catering facilities will encourage audiences to dine in the Union before attending performances at the venues.

Student reaction to the launch appeared to be largely positive. Lucy Hulme, a second-year Psychology student told The Mancunion: “It looks really nice and clean and there’s lots of stuff going on. I live in Manchester so I remember it before, and now I can’t believe how massive it is! It’s a good social area as well as a place to find activities”. Other students described the new space as “very nice” and “a safe space to come”.

In a statement, General Secretary Fatima Abid said: “A number of new initiatives will kick off during Welcome Week to officially launch some of our new spaces. [These will include] a weekly pub quiz in our new bar and terrace, cinema screenings, and conversation corners hosted in our new meeting rooms as well as a large new event space which will host mini-fairs and events throughout the year”.

“Our efforts to create the best environment for all of our students is a continuous process and we invite feedback at any time from any of our student members to help us improve”.