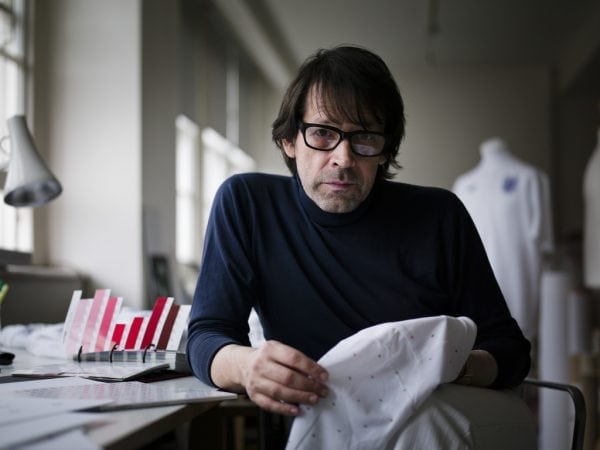 Mancunian Fashion Players of the Week

As the academic year starts again and we take the journey back to the city that we love, we have a special edition of our Fashion Player of the Week. This week we feature our favourite Mancunion men who have re-defined the very DNA of Manchester’s style all in their own unique way.

Liam Gallagher – an iconic Mancunian in both his infamous attitude and style, Liam’s baggy frontman look defined the uniform of the 90s and gave Manchester an emblem of mod style for years to come. Think bucket hats, polos, parkas and a pair of gazelles. Furthermore, Liam’s influence on Manchester’s fashion scene goes beyond his personal styling; his own successful clothing label, Pretty Green, is based in central Manchester.

Peter Saville – arguably the most iconic graphic designer of all time – was born in Manchester and found fame when designing record covers for Factory records. His influence has transpired the fields of art and fashion for decades, working with icons such as Joy Division and New Order to Raf Simons and Kanye West. Most recently, Saville has redesigned Burberry’s iconic check for Ricardo Tisci’s upcoming creative redirection of the house. Saville’s creative vision has created some of the 21st century’s most iconic designs.

Umar Kamani – As one of Manchester’s fastest growing business moguls as owner of PrettyLittleThing, Kamani has definitively made Manchester the fast-fashion capital of the world. Taking the USA by storm by frequently dressing the Kardashians, part of PLT’s success is down to Kamani’s own strong sense of personal style, mixing and matching with the family’s own boohooMAN with bold monogram pieces from Gucci, Balenciaga and Fendi. With such a keen eye on trend, no wonder PLT has been the fastest growing e-commerce site in the world.

Oscar-Pinto Hervia – Although born in Chile, Oscar Pinto’s legacy in Manchester spans over two decades since the opening of Hervia Baazaar. Although the first Hervia store was destroyed as a result of an IRA bomb, this didn’t stop Pinto from creating the best destination in the North for some of the world’s most fashion forward brands such as Rick Owens, Yoji Yamamoto to KTZ and Comme des Garçons.