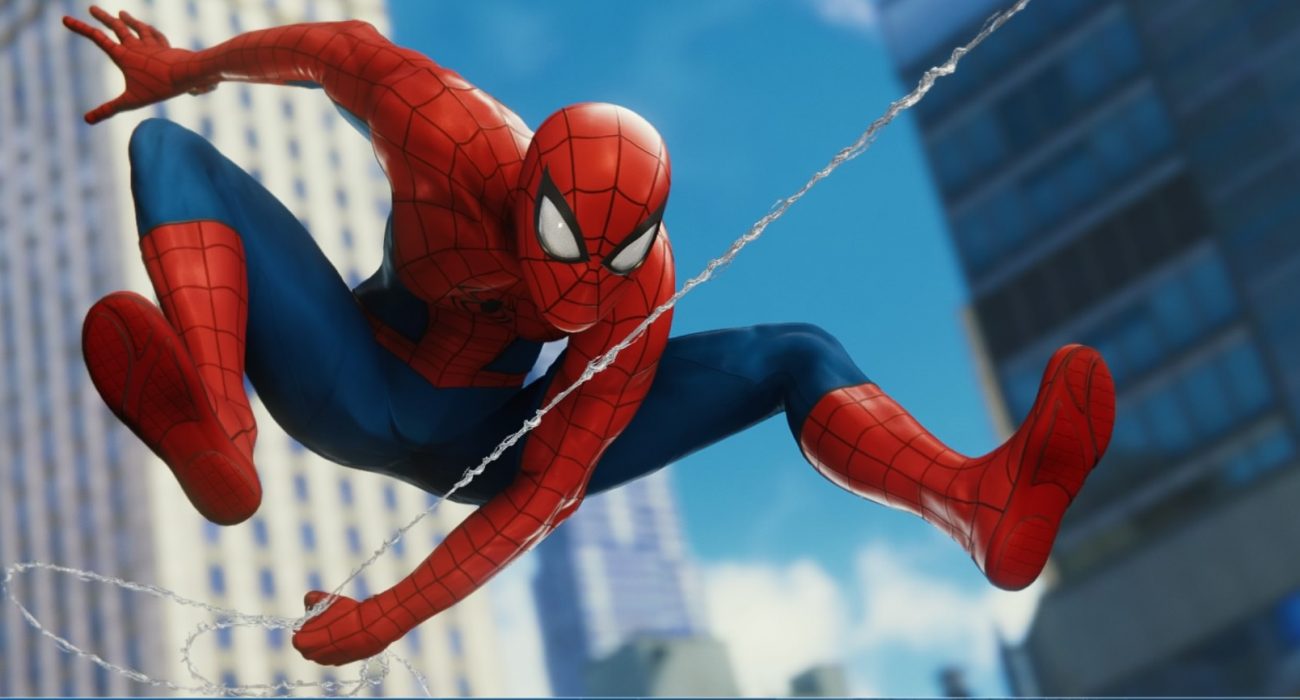 I’m going to start off by saying I really, really liked Spider-man, but for a long time I couldn’t figure out why. The plot and dialogue are good but not without flaws, the world building is magnificent but sometimes feels superficial, and the villains are interesting, but hardly a rogue gallery of fan’s favourites.

I think this is because Spider-man’s sometimes elusive brilliance is almost entirely mechanical, or, in other words, found in the sheer joy of the gameplay. Certainly, I can’t remember a game that feels as good as Spider-man does to simply play. This, in turn, feeds back into the plot, the setting and the villains, embellishing the drama to make it feel more high-octane, providing truly memorable boss fights for even the most obscure bosses, and turning New York from a static beauty into a living, breathing playground.

This mechanical achievement is perhaps most obvious in the combat system. The combat, which underpins much of your activity in the game, takes the smoothly animated panache of the Batman: Arkham series, using basic block and attack controls as a basis on which to build a whole network of special web attacks, suit abilities and combos to embellish every fight into something different, and ensuring that, even after many such fights (and there are a lot), the game still has something to offer that feels fresh and exciting. 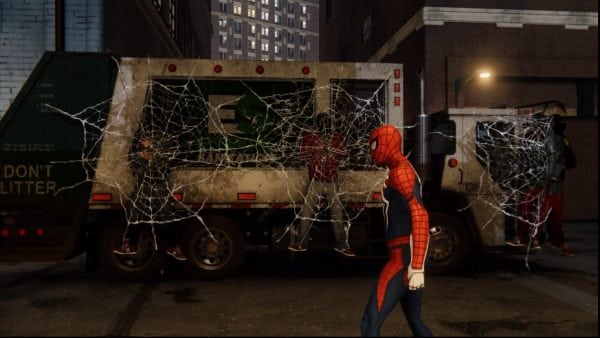 Webs are a powerful tool in Spider-man’s extensive arsenal. photo:Insomniac

Combat can thusly be approached in a plethora of different ways. You can meticulously take out gang members one by one, or thin the herd before launching a full-frontal assault. Alternatively, you can just attack, which is where the fun really begins. In hand to hand combat, you are given a huge arsenal of options. You can fly towards your opponents with webs, hit them with manhole covers, or stun/trap/freeze them with one of your many gadgets. Additionally, each Spider-suit (an honorable mention to the artists to designed these, by the way) you unlock grants you an extra ability, such as the power to lower gravity or deflect bullets.

Traversing the city is equally as satisfying, probably finally taking the crown from the head of the fabled Spider-man 2. Whether you’re flying between the huge skyscrapers that make up most of Central Manhattan or hardly avoiding smacking the ground when swinging tree-to-tree in Central Park, just travelling doing nothing in particular about is so compulsively addictive that I never even needed to use the fast travel feature, which, for a map as large as Insomniac’s Manhattan, is quite a feat.

The thing is, with both combat and traversal alike, that you barely even notice any of this happening. Spider-man is one of those rarest of games where the superb work done by the developers means that hand, controller, game and mind all seem to be in perfect, intuitive synchrony all the time.

The background against which this all takes place is, admittedly, a little less subtle and finessed. The prologue sees Spider-man bust the operation of Wilson Fisk (A.K.A Kingpin), and from then on the main plot of the game looks at the power vacuum that opens up in Fisk’s wake. The plot that ensues follows the production of a mysterious chemical called GR-27, and weaves in a number of villains, forefront among whom is Mister Negative. 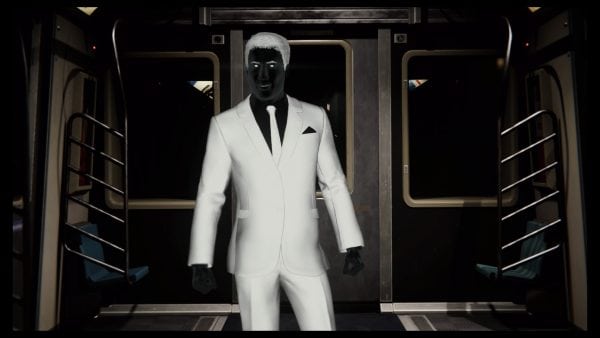 I suspect the reason for casting Mister Negative in this starring role is that his biography is sufficiently obscure as to allow Insomniac to make some vital alterations to his character history that form the backbone of his motivations within the game’s story, and so he can bring to light the story line of another recognisable villain (arguably two or three of them, actually) but it does result in the feeling that Mister Negative is somehow a supporting cast member in his own show.

Nonetheless, progressing through the central narrative is a romp. Despite the villains being somewhat B-list, they are woven together well in a story that manages to be both epic – admittedly through the truly superlative set-pieces that punctuate the main quest line rather than its narrative content – and touching at the same time. Indeed, although there is plenty of tepid, PG 13 banter and moral righteousness along with a level of foreshadowing that is truly unprecedented even in the Marvel universe, the story is sprinkled with quirky, well-written and emotional scenes that hit home with surprising effectiveness. The end, especially, really tugged on the heartstrings.

The gameplay in the main story is also packed with variety, taking you not only through your bog standard combat grunt clear-outs, but wonderfully composed cinematic cut-scenes complete with a tasteful dusting of quick-time events, excellently designed sneaking missions, quirky errands and truly memorable boss fights. There’s even some basic logic puzzles meant to emulate Peter Parker’s lab experiments, though, mercifully, these can be skipped. This helps to patch over the uneven pacing of the narrative, which plods along for a reasonably long time before exploding into life quite spectacularly.

Whilst this is all going on, Manhattan, which might be the most beautifully rendered city ever to have appeared in a video game, slowly falls apart, turning from its original self to, as Peter Parker puts it, “like some dystopian sci-fi movie.” Although Manhattan is in transition throughout the game, its elegance remains throughout, from the towering peaks of midtown and the financial district with their hall of mirrors glass panels, to the residential apartments of Harlem to the flat greenery of Central Park. Of course, its verticality also makes it an ideal setting for Spider-man from a gameplay point of view, but the quality of its recreation really is something to behold. 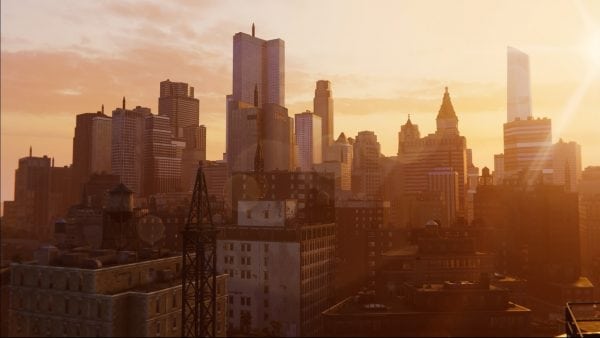 Unfortunately, if I do have one major criticism of this game, and sadly I do, it’s how the city is filled. Side quests in Spider-man seem to have been inspired by Assassin’s Creed, and not just in volume, but content. Spider-man’s side quests do pay some lip service to some absent villains, but for the most part are repetitive, formulaic and hastily put together without a thought to narrative.

There are degrees in this issue: taking out enemy checkpoints is as fun as you might expect given how good Spider-man’s combat is, and bomb challenges are fast-paced enough to be worth doing, but finding fifty-five of Peter Parker’s old backpacks? Helping Howard recapture twelve of his bloody stray pigeons? Photographing local landmarks? I mean, come on, there’s even radio towers to climb up to, which even Ubisoft made a meme of in Far Cry 5. This also makes the endgame disappointingly empty, which is all the more disappointing given Insomniac have already lined up some DLC.

Nonetheless, Spider-man is an amazing game. Technically and mechanically, it might just be the best, most highly polished game ever made and even manages to sneak a few powerful emotional punches into an engaging, if poorly paced, narrative. Although it does feel as if this game was very much written with a sequel in mind (it even ends on somewhat of a cliffhanger), it utterly enthralls you from beginning to end, and, ultimately, leaves you hungry for that second installment, even seducing you into wanting to complete its unfortunately monotonous side quests because it really is that playable. For a game series that will no doubt go on to be one of the next big dynasties of the PlayStation platform, the fact that this is just the first attempt is almost scary.