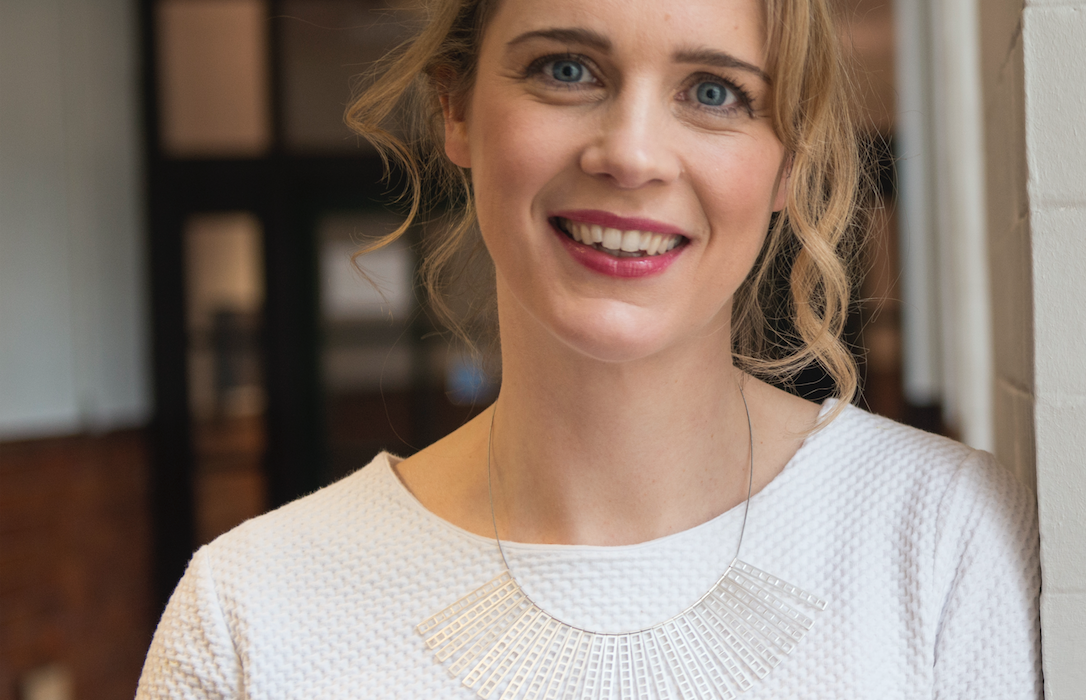 Professor Danielle George’s office is understated. Not many pictures or posters decorate its white walls, and it’s tucked away in the corner of the Sackville Building behind two heavy wooden doors that lead to the Council Chamber. The room certainly belies the woman that works inside: a scientist and engineer who has been recently awarded the coveted Michael Faraday Prize by The Royal Society, an award that has been shared with likes of Brian Cox and David Attenborough for outstanding science communication.

Professor George exudes an easy sort of charisma – she effortlessly makes interesting conversation, smiles with her eyes, and looks at you intently when you ask her questions. Perhaps it is no surprise that the lecturer has been so successful at public outreach in the past few years.

She speaks to students of all ages, from university undergrads in her electronic engineering lectures to primary school children who ask her what the Cosmic Microwave Background sounds like (after processing terabytes of data, you find out that it sounds like eerie echoes).

In 2014, she also became the sixth woman in history to deliver the Royal Institution Christmas Lectures. “At first I thought it was a joke! I just saw an email in my inbox asking whether I’d like to give the Christmas lectures.” Professor George ended up deleting the invitation out of sheer incredulity. “It’s like an email that asks you whether you’d like one million pounds in your bank account.” Fortunately, when a second email arrives restating the invitation, she knew it was not spam. Danielle George gave an incredible talk, complete with a robotic orchestra that played the Doctor Who theme song, all while eight-and-a-half months pregnant.

We talk about her work in radio astronomy and engineering. George researches low-noise amplifiers that allow us to pick up clearer signals from faraway galaxies. After working in Jodrell Bank, she has worked with international collaborations all over the world like e-Merlin and the Square Kilometre Array. When she remembers the beautiful skies she has seen in Chile and Australia, her eyes get a faraway look. “When I was younger, my parents got me a microscope, then a chemistry set, and I thought that was pretty nice. But then they got me this telescope, and I would wake my parents up just to look at the stars.”

Danielle George is intent on spreading her passion to young people. “Something happens in the pipeline from when children go through primary school to when they head off to university. Suddenly, science becomes ‘uncool’ and they’re just not bothered.” Prolific scientists like Carl Sagan have observe similar things; at one end of the spectrum, they’re asked why the sky was blue and why people dream by kindergarten children, but inexplicably, those sort of profound questions dry up as those same children reach high school. Professor George contemplates this for a moment. “I think that as you grow up, you learn more about what’s possible and what’s not possible… And then you stop asking about what might be possible.” She takes out her phone (the case has been ruthlessly covered in stickers by her daughter), “We carry this around with us every day, but how is it that I can talk to someone on the International Space Station using my phone? How does it actually work?”

It is clear that the radio engineer also has strong opinions about education: “education nowadays doesn’t allow for failure. But that’s wrong; if you’re not failing, you’re not innovating because innovating means you’re pushing those boundaries.” And if there’s anything George knows, it is pushing boundaries: she once converted an entire London skyscraper into a game of Tetris; she implements her technology to far-flung fields like agriculture to measure water usage; she has worked on projects to aid the visually impaired with wireless hubs placed around the city. Considering the diversity of George’s work, it is easy to see why she laments some aspects of modern education, “Education right now is so narrow. It siloes different subjects in categories. In reality, science is interdisciplinary.”

Our conversation drifts to different subjects. We both mourn the lack of visible female role models for young girls interested in science. We talk about how progress is slow but steady in making science more accessible. But as we get to leave, I ask Danielle one final question: what advancement in science are you excited about? The answer is in the field of wearable technologies, robotics, and artificial intelligence. “Though, I don’t think human creativity could ever be replaced by AI. I can’t imagine that ever being able to be replicated in a computer.” I nod in agreement as we wave goodbye. I too cannot imagine that a computer could ever replace George’s brilliant mind.