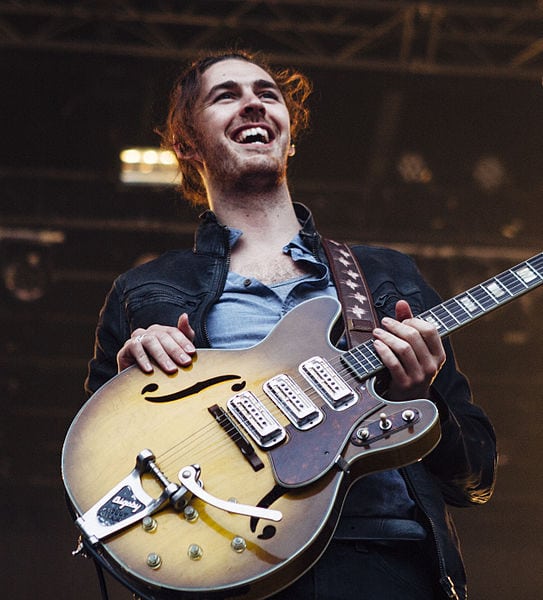 Since Andrew Hozier-Byrne’s self-titled debut album, released exactly 4 years ago, the ethereal king of all things mystical and harmonious has finally returned.

Despite Hozier releasing the faultless Better Love in 2016 for the film The Legend of Tarzan, a role who he could have undoubtedly taken himself, fans have been left high and dry with only a teasing of what we could have expected from future Hozier. But fear not, the angelic, old-souled God of the pixies has reappeared with the mighty Nina Cried Power EP.

Even though there are clear similarities between Nina Cried Power and Hozier in that each track consists of forceful yet composed preaching which is enveloped in a blanket of electrifying warmth, it is clear that the new EP is stretching towards a more real and grounded objective.

Nina Cried Power is a protest and it’s also a recognition of those who have fought tirelessly for what they believe in. Yet again, we have another artist who is using their platform to express important, possibly previous-unheard cries. This EP is a potent, spine-tingling and beautiful record that not only serves as a reminder that people are still suffering in the 21stcentury but also that we must not forget past suffering.

My personal favourite ‘Shrike’ perhaps could easily mask itself as a love song but I’m sure is alluding to the Northern Ireland conflict, especially given that he was born in Bray. The song begins with Hozier’s signature finger-plucking before reaching a climax with strained and desperate vocals. It is haunting, it is wistful, and it is raw. This is all evident within seconds of the song before Hozier begins to sing. Amongst beautiful imagery, Hozier juxtaposes a songbird with “bodies lay mounted” and a “glorious thorn”. Perhaps delving a little too deep but certainly something I noticed on this track, he really does seem to stress his northern Irish accent, demonstrating just how personal and important such a message is.

However, the track that the entire EP was named after presents fans with a more upbeat, rebellious and assured melody complete with harmonies and a chorus composed of utter soul. I can only imagine what this song will sound like on his typically candle-lit, minimalistic stage. A spiritual experience I’m sure.  Coupled with a stirring video showing inclusivity of all regardless of colour, race, ability, gender, and sexuality, ‘Nina Cried Power’ is essential and powerful. Mavis Staples, a prestigious American singer, actress and civil rights activist joins Hozier in his sermon at the latter end forming a concoction of gospel, profound and compelling vocals.

‘Moment’s Silence (Common Tongue)’ and ‘NFWMB’ are the remaining two songs that are really rooted in Hozier’s core sound. The former initially resembling ‘Like Real People Do’ and the latter resembling ‘It Will Come Back’ that featured on his debut. Hearing such clear ties may result in assurance for die-hard fans given we are hearing a lot of shifts in artist’s sounds lately, some we may not have complete faith in.

What is crystal clear, unlike his 2014-2015 rival James Bay, Hozier has cemented his identity as one of the rawest, most genuine and most exciting musicians of the current alternative scene.