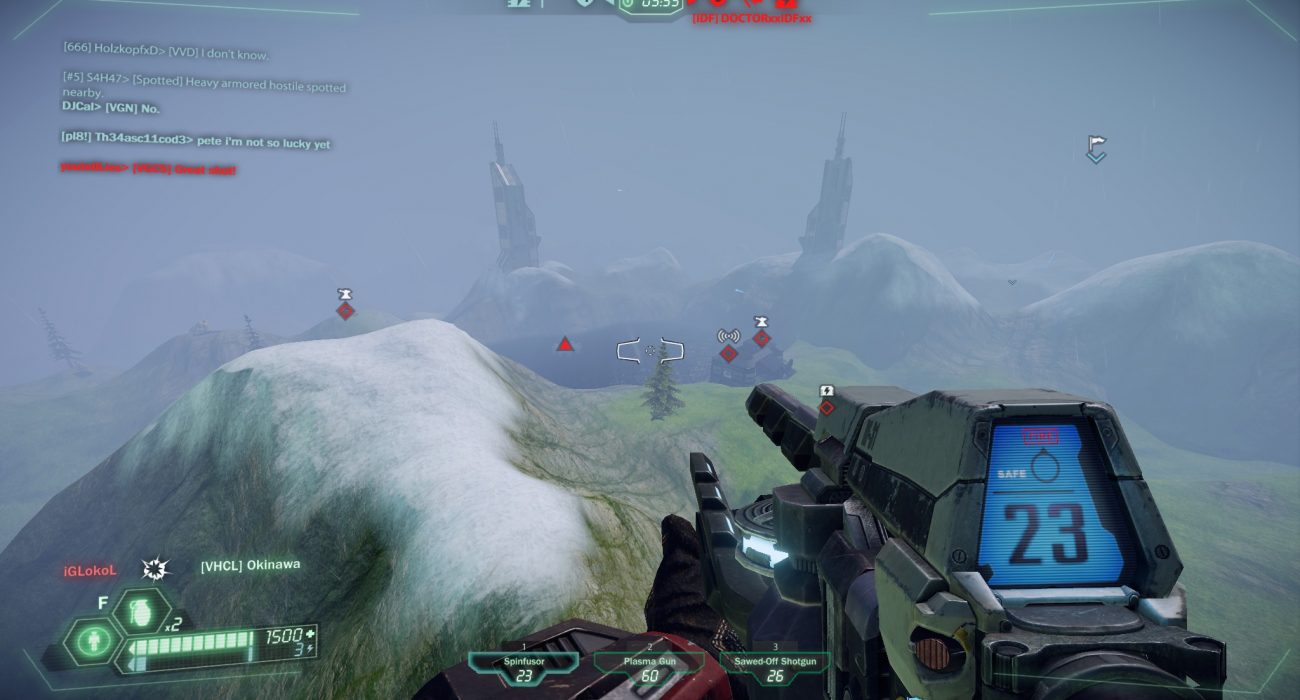 Flying in to the enemy base in a game of Tribes: Ascend

Georgia-based Hi-Rez studios are known these days for games such as Smite, Paladins, and their upcoming jump on the Battle Royale bandwagon, Realm Royale. Back in 2012, however, they released the now largely-forgotten FPS, Tribes: Ascend.

The fifth (and to date latest) instalment in the Tribes series was the first to be developed by Hi-Rez, headed by cofounder and COO Todd Harris. Speaking in 2011, Harris described the game as a “modern successor” to fan favourite Tribes 2. And a worthy successor it proved to be. Tribes: Ascend received over a million downloads in its first month alone, receiving widespread critical acclaim; a rare feat for a free-to-play multiplayer game. Its early reviews were aglow with praise: Eurogamer awarded it a rare 10/10, and the average Metacritic score to this day stands at 86%.

Tribes as a series has always had a set of unique and innovative features that make it like no other FPS around, and their modern implementation in Ascend left nothing to be desired. Chief among these elements is the game’s movement system. Every playable class comes equipped with skis and a jetpack. These skis allow the player to remove friction between them and the ground. By utilising the hilly terrain in the game’s massive maps, the player can quickly gain massive amounts of speed, then use the jetpack to traverse the air.

This works in tandem with the game’s weapon system; unlike most traditional FPS games, guns in their traditional sense are de-emphasised. The player is instead presented with a selection of primarily explosive projectile weapons, very few of which are hit-scan (i.e. when a weapon is fired, the projectile does not travel at an infinite speed). As most of these weapons are explosive (and the player is not immune to their own weapons), these can be combined with the movement system to either trade health for speed, or stop an enemy in their tracks.

On top of this, each team has a defensive aspect. The team’s base has destructible devices that, when functioning, help players around the base. For example, radar scanners reveal the locations of enemies in the base without a line-of-sight. These systems are all also dependent on a generator being online – if it is knocked out, the team will lose these boons including health and armour recharge stations. This provides yet another dimension to this already impressively intricate game.

The game also features a voice chat system that needs no microphones and isn’t plagued by screaming children or mocking teenagers. Each player character has dozens of voice lines that can be used to ask questions, inform your teammates of your actions, or taunt the other team. These range from informative statements to rampant cries of ‘Shazbot!’, a reference to Robin William’s Mork and Mindy that has persisted throughout each instalment of Tribes to date.

Playing the game for the first time is admittedly very daunting, and the learning curve is immensely steep. In Ascend, you can’t just pick up the game and carry the match straight away. Aiming requires a complete rethink from traditional FPS games; standing still is almost a guaranteed death for any but the most armour-heavy of loadouts. The effort is worth it, though; flying towards the flag at 250km/h, popping a quick ‘spinfusor’ pellet towards the enemy, catching them in mid-air, grabbing the flag and flying away all within a second makes you feel godly. The skill cap is very high – you can play for hundreds of hours and still have things to learn and weapons to master.

I spent a great deal of time playing Ascend in its heyday. The free-to-play economy was well balanced; extra weapons were not hard to obtain but all nine initial classes were powerful enough with their default loadout.

At the time, Tribes: Ascend also had a brilliant community. Some very funny memes were spread around (often involving the similarly speedy Sonic the Hedgehog), the game’s pre-recorded voice lines were parodied, and there was a healthy, competitive spirit.

Going to the game now, however, is a different story altogether. At the time of writing, the game has a 24-hour peak of 31 players. There are two active servers, and they are full of the absolutely die-hard playerbase whose skills are too intense for me to even begin to have fun playing. 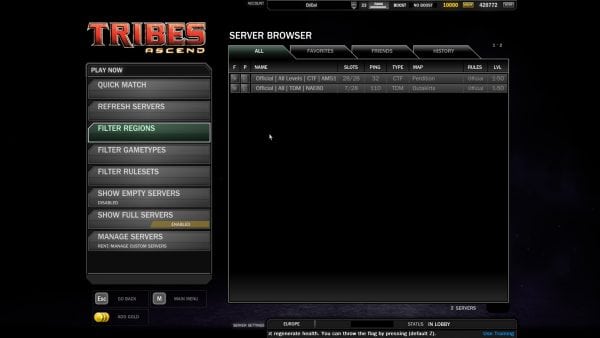 I suppose it’s worth looking at the Hi-Rez’s rocky relationship with the game in order to ascertain what went wrong. Within a year of its 2012 release, the studio announced there were to be no more major updates to the game; staff were taken off the development team to focus on much-maligned MOBA Smite. That same year, the studio announced via Reddit that Smite was already more profitable than Ascend. Despite Hi-Rez saying that they were going to release an official development kit to allow users to create their own maps and servers, one never materialised. In response, the community created an unofficial development kit, but this has never been condoned by the studio.

Two years of radio silence from the developer followed, and the game’s player base seriously dwindled. Then, the game received near-complete overhaul in September 2015. This completely rebalanced the game, rolling the nine defined-role classes (such as sniper, technician, etc) into three meta-classes. These classes (light, medium, and heavy) were much more customisable and fluid than previously. The previous system of ‘perks’ was also dissolved into the meta-classes. This was met with initial ire from what was left of the community. They thought that they had been left behind and were confused as to why Hi-Rez would release such a major patch ‘out of the blue’. However, it did bring the experience closer to that of Tribes 2, and so for the hardcore player base, the changes were appreciated.

Looking at the Steam charts for the game, this major update did little to improve the number of long-term players. Hi-Rez stuck with the game for a short while longer, releasing a few more patches before finally giving up in September 2016 in the face of a dwindling player count, announcing that the game would not receive any further updates.

Since then, various login issues and a general decline in the player base have completely stripped the game of life. While a few do remain, the game is a shadow of its former glory; something I think is a real shame. It’s such an innovative and unique game that provides a play experience that can be so challenging, yet so rewarding. It really shows the best of the FPS genre, and it’s a sad thing to see it in the state it is now.

It’s a game I think any PC gamer who enjoys a challenging FPS should play. It still holds up today, graphically and performance-wise. It’s just unfortunate that there will be very few people to play with.

But does the game have to die? I don’t think so. I don’t expect Hi-Rez to resume work on Ascend; if they just released the official development kit they promised all those years ago, there’s no reason the  game shouldn’t experience a resurgence. New community maps and community hosted servers (rather than the private servers you still have to pay for) could breathe some much needed new life into the experience. I’m sure I speak for the whole Tribes community when I say to Hi-Rez that we’d hate to see one of the best games in this oft-samey genre die.