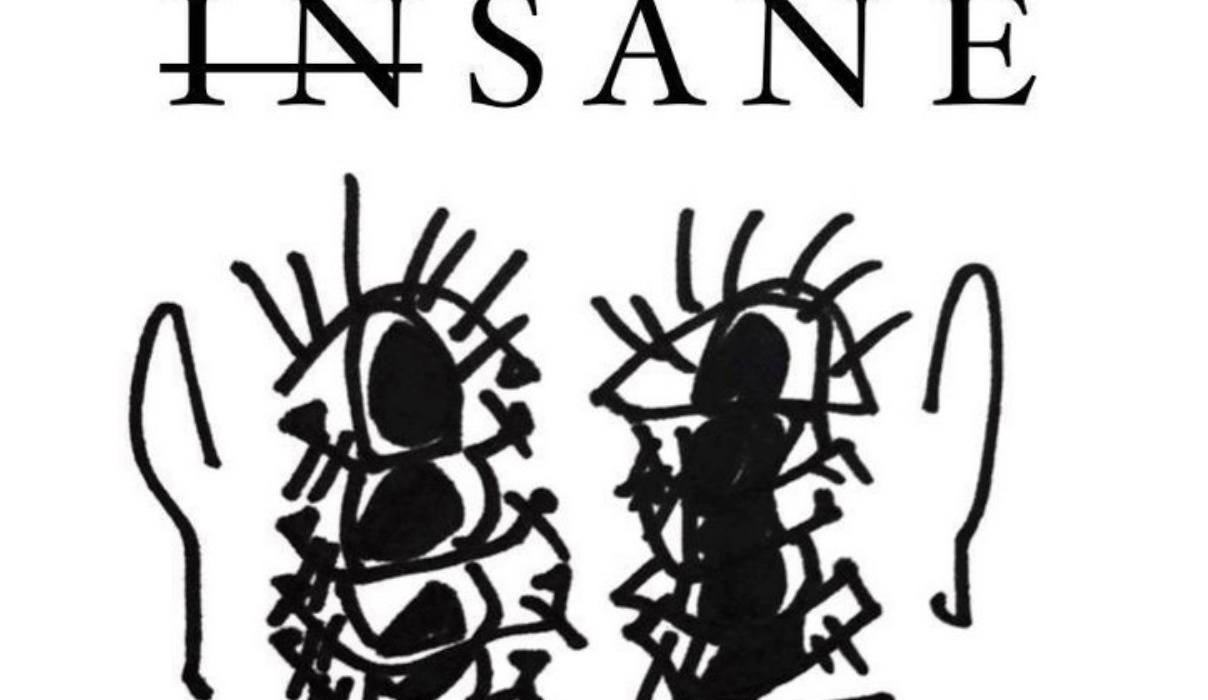 Long-read interview : The team behind (in)sane, a platform for mental health

(In)sane is a multimedia arts platform set up by University of Manchester students and graduates, which discusses the topic of mental health in a revolutionary way. I spoke to some of the team members in charge of (in)sane; Co-founder and Creative Director Cara Looij, who is a Drama and English Literature graduate, Co-founder and Marketing and Social Media Director Julia Morgan, who studies Drama and English Literature, and Sebastian, the Resident Technician, who studies Music. Their first event took place in March, which involved 52 artists, and their next event will take place on the 14th October, at the N.I.A.M.O.S centre in Hulme.

The platform strives to take a different approach towards mental health. It provides a safe space for people to express themselves creatively; to tell their story when words are not enough. (In)sane is about being honest about mental health, it does not hide the ugly side or difficult aspects of it, nor does it accept that this is an easy subject to deal with. The team behind it have all experienced challenges with mental health themselves or know someone who has dealt with it. “We wanted to create a platform which is specifically about tackling the topic of mental health and personal narratives through creativity,” Cara tells me, “we wanted to reframe the dialogue around mental health as being less perspective and scientific and to be more personal and expressive.”

(In)sane is very much about discussing mental health in a nontraditional way. It encourages people to explore what they have been through without being judged or afraid that their story is not valid. Their events feature performances through various artforms; artists are invited to express themselves through anyway they desire, “with words, or a drawing, or with film, or with music because all of these things can express emotions, sometimes more effectively then vocabulary”, Cara explains. The event is about empowering people, so they can share their story. For Julia, this aspect is very important: “performing something and knowing that that part of my life is different now, being it able to discuss it with power…when you’ve gone through that process in your own life, its really special being able to reclaim your life back again.”

The event they have planned in October will be a very relaxed affair; lasting eight hours, people can come and go as they please, and can explore seven rooms within the building. There will be visual art, performances, projections, poetry and more; there will also be a chill out room where people can write down or draw their responses to what they have seen. A tea and coffee space will be set up (the event is alcohol free), so people can discuss their experiences in an environment without any pressure. All this for a £5 ticket which will raise money for 42nd Street, a mental health charity in Greater Manchester. Merchandise will be available to buy as well and Cara will be making her own hand printed T Shirts to sell the event.

For Cara, it was important to raise money for an organisation that helps young people with their mental health and doing so in a productive manner, “There are all these charities raising awareness [about mental health], but no one is actually doing anything about it…that is why we want to support 42nd Street, as they organise therapy for young people. They have waiting lists, but they are not as long as the NHS.” However, as well as raising money, (in)sane itself does provide a healing opportunity for people who have battled with mental health, as Cara points out: “We aren’t trained therapists…but we make an event where people can tell their stories, it’s good for people to go and to see what they can get out of that.”

The team want to change how mental health is dealt with, particularly the idea of one-size-fits-all when it comes to treatment. “People hear the statistics, like 1 in 4 people get dressed, and then they tell that depressed person to go to the gym…there aren’t easy solutions to difficult problems,” Julia says. For Cara, every situation is different: “The approach needs to be personal, and complex, and thought through…everyone is formed in different ways, everyone has difference experiences. We’re trying to get away from this idea of grading pain.”

(In)sane is also about changing the perception of the scale of mental health issues, just because one aspect may seem less important, does not mean that it should not be taken seriously. The performances can help people identify with situations and realise that they are also going through something similar. “My friend felt her anxiety was not serious enough comparison with other things, and I said no, its still a thing we need to know about and a thing we need to share. There is power in sharing,” States Julia. 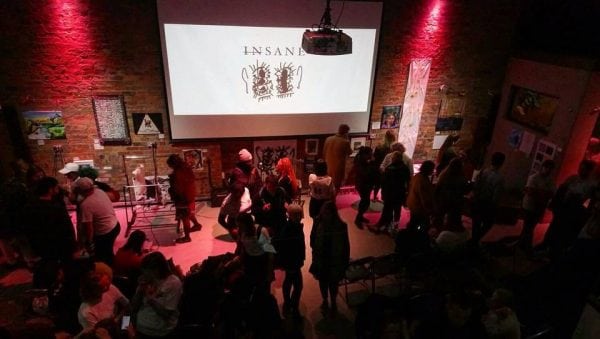 Cara reveals that one of the main goals of (in)sane is to discuss mental health in a respectable way. “We’re trying to combat the skewed perspective in the media and the arts at the moment. For example, things like [the TV show] 13 Reasons Why, which has attached a revenge narrative to suicide and that’s very problematic.” A key feature on the event page is a trigger warning about the things that will be discussed. They are often overlooked by other media platforms, but trigger warnings can really help those who have been through something traumatic. Julie describes the reasons why this is so vital in these discussions, “Respecting someone’s knowledge about their own mental health is important and knowing that people have mental health triggers as well. Sometimes plays we put on in Drama Society need trigger warnings.” However, there’s a difference between warning someone when the topic will be difficult and brushing it aside, as Cara explains, “We don’t want to censor the event. We don’t want to be PG about it, we want people to be ok with sharing their experiences.”

Not only does (in)sane encourage people to open up about their battles with mental health, it also permits artists to perform or present their work without judgement. The relationship between art and mental health is certainly important for the team, as they are all or were arts students, and they all find that creating helps with their mental health. “Everyone should be creating,” Julia says, “its great for the body and for the brain, what you gain from doing lots of art is that it changes the way you see things. It’s about looking and experiencing.” It does not matter to the team what the ability of the artist it, it is inclusivity that is important, as Sebastian tells me, “We’re not exclusive, you don’t have to be a ‘good’ artist to perform, the whole point is that it is open.”

Yet the artwork provides another purpose: it enables a two-way communication between the person who has been through something, and the audience. Often it is easier for somebody to understand something that is visual or aural, rather than just words alone. Sebastian describes how it encourages a deeper understanding of the issues “a lot of it [the artwork] is abstract, it helps with the empathy as they don’t have to identify with the specific event, but rather the feeling involved.” Indeed, mental health itself is an abstract being; if something is wrong it does not manifest itself in the same way as physical health. The artwork provides a route of communication, as Julia explains “You need an ‘in’ in order to fully understand someone…finding little keys so you can empathise with someone fully.”

Abstract artwork is a key feature of the platform’s branding, a lot of the artwork is designed by Julia, as Sebastian tells me, “That [good or bad art] is something we’ve considered with branding, we’ve tried to not go for the stereotypical corporate logos…we’ve not gone for that traditional stuff and that’s the whole point.” The illustrations Julia has created for (in)sane convey some of the feelings associated with mental health, they have a looseness and energy to them; mental health is something that is constantly changing and can be influenced by anything, regardless of size. (In)sane is not about perfection and precision, it’s a about real life situations.

The team are certainly looking forward to their upcoming event in October, but they have got more ideas for the future as well, combining their personal projects together to create a wider movement. “We’d like to continue with events and do more workshops,” Julia tells me. She would personally like to deal with the topic of addiction and how that is portrayed in the media. Meanwhile, Cara wants to focus more on women’s health, using drama and art to help people in that area. For her, encouraging mental health discussions across all age ranges is very important, “We’d like to reach out to sixth forms and schools…[and focus on] intergenerational stuff.” As Sebastian points out, there is a lack of support for younger age groups, “Young people are very underrepresented [in regard to mental health].”

(In)sane is just starting out, but it is clear that they have big ideas. I doubt that their message would change even if their platform grew, as Julia sums up perfectly “[Even] if we had doors, they would never be closed.”

(In)sane’s future event is on the 14th October between 12-10pm, at the N.I.A.M.O.S. (Former Nia Centre) in Hulme, tickets can be bought at Skiddle. The event is to raise money for 42nd Street, one of Greater Manchester’s mental health charities. You can donate to (in)sane via their donation page. 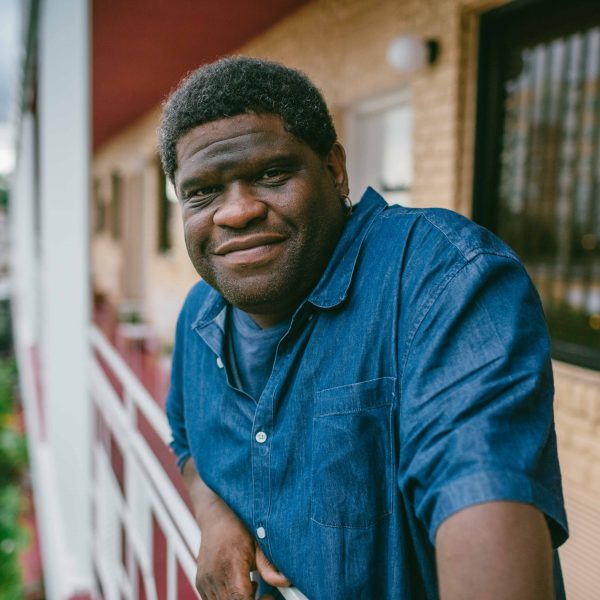