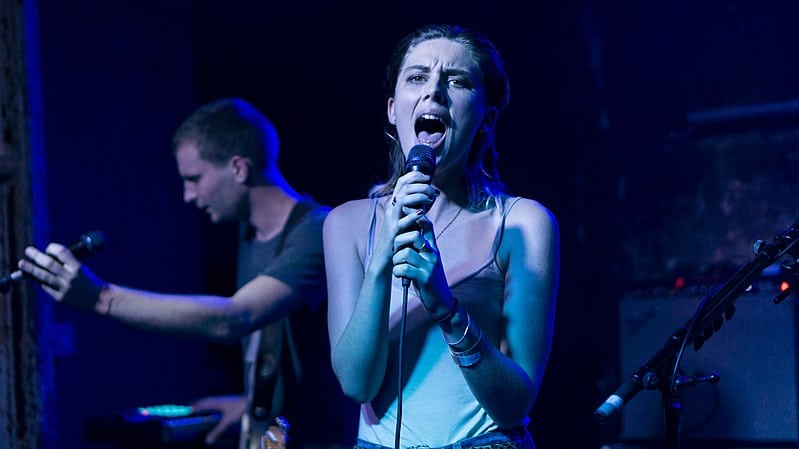 The Debate: did Wolf Alice deserve the 2018 Mercury Prize?

The mercury award helps to bring bands and musicians into the limelight. Wolf Alice deserved this, they’ve worked so hard as a band and they deserved to be more readily recognised for it. Of course, as a band they’ve have had many tours, and two best selling albums but prior to this Mercury win they were not a household name. This will give them that more well-rounded recognition that they are so worthy of.

It has been argued that Wolf Alice was a safe choice to win.  But I disagree, I think going for Noel Gallagher or Arctic Monkeys would have been safe — how controversial. Wolf Alice aren’t a basic guitar band, nor are they strikingly inaccessible; this album was progressive and by melding genres together, it allowed for both the band and the album to be more inclusive. The sound of Visions of a Life is bold, exciting, and totally immersive.

It is important to say that if the judges had wanted a bog standard guitar band, they could have gone for Arctic Monkeys or even Nadine Shah. If they had wanted something with more edge and hip-hop vibes, they could have gone for King Krule. Wolf Alice’s Visions of a Life merges many different aspects of music and moves the band away from their indie beginnings. It shows the bands growth in a positive, and futuristic way. The album is beautifully creative, moving through many sub-genres with a perfect fluidity. As an entity, it is very pleasing to listen to; from track one, ‘Heavenward’, to the title track, ‘Visions of a Life’. It brings in aspects of electro-folk, post-punk, indie, and so much more than just plain old rock.

Wolf Alice are, arguably, one of the smaller names on the list. The Mercury is helping to bring them further into the limelight. No, they are not an unknown band, but in comparison to Noel Gallagher’s High Flying Birds, and the Arctic Monkeys they are not selling out arenas or headlining major festivals. Yet.

The Mercury Award is of such prestige that giving it to a band like the Arctic Monkeys would be a very peculiar choice, just as giving it Ed Sheeran in 2017 would have been. This is only their second album and it is the second to reach number 2 in the charts. Having both albums do this well should, and deserves to be, recognised. By giving Visions of a Life, the Mercury Award the industry is giving back to the band and helping them to be noticed as an ever-evolving and intriguing group to watch and follow.

Another point worth exploring is that the Mercury Award itself is at fault slightly for the backlash. It could be argued that there is an issue with inclusivity.  Yes, Grime, Jazz Fusion, and other underground genres are pushing through. Sampha beating out Stormzy, Ed Sheeran and The xx in 2017, shows how the Mercury Award focuses on quite easy listening music. Despite the last few winners not being guitar wielding indie bands, the shortlist is still disproportionate in terms of the British population’s genre preferences.

The Mercury prize is very simple: it gives an award to the best album released by a British or Irish artist in the last 12 months. There’s a £25,000 cheque, and a lovely gold award handed out on the night to the winners. That’s it. The beauty of the prize is that it’s so simple — it’s the best album, from an artist from one or two countries, with a small prize fund.

Wolf Alice, therefore, did deserve a Mercury Prize — in 2015 for My Love Is Cool — but not for Visions of a Life (VoaL).

VoaL is far more ambitious than My Love Is Cool, but ambition has to be tempered with an overall direction: at times, it feels as if the sophomore effort is experimenting for the sake of experimentation. “St. Purple & Green” comes across as filler before the sprawling seven-minute title track. The preceding track, “Sadboy”, is a good song in itself, but fails to act as a good bridge between the dream-like “St. Purple & Green” and fiesta “Space & Time”. All this contributes to an album that’s beautifully competent and brilliantly produced, but not nearly as memorable as their debut.

A lot of the conversation around Wolf Alice being a safe choice for the award comes back to the 2015 ceremony: that night, Benjamin Clementine won for his truly mesmeric debut At Least For Now. This was a bolt from the blue, with the near-universal reaction being “who?!” Compared to the Arctic Monkeys, Lily Allen, and Noel Gallagher, Wolf Alice are unknown. However, they’re not Benjamin Clementine unknown. They’re not Nadine Shah unknown. They’ve released two albums and had countless tours. Wolf Alice, as much as my 16-year-old self is at pains to say, are now a big band. We can throw out the argument that they were given the award for publicity and exposure, as other artists on that list are in much more need of it.

There’s a misconception that the Mercury Prize favours guitar bands, but it frequently challenges this assumption — Dizzee Rascal won in 2003 before grime had even left the capital in a major way. Indeed, the past three winners all were black, London-born, hip-hop influenced artists: the shift to a guitar-led nomination list might only be a blip this year. However, there are more effervescent acts on the list. The aforementioned Nadine Shah’s superlative-inducing Holiday Destination takes aim at almost everything wrong with our world and still ties it up into a nicely delivered, focused package. The Arctic Monkeys’ Tranquility Base Hotel and Casino also would be an unsafe choice: lounge rock has never won. By moving away from London hip-hop, Mercury had an opportunity to really make a statement. Instead, they chose an artist very much of the indie zeitgeist, again from the capital, who already have an established following.