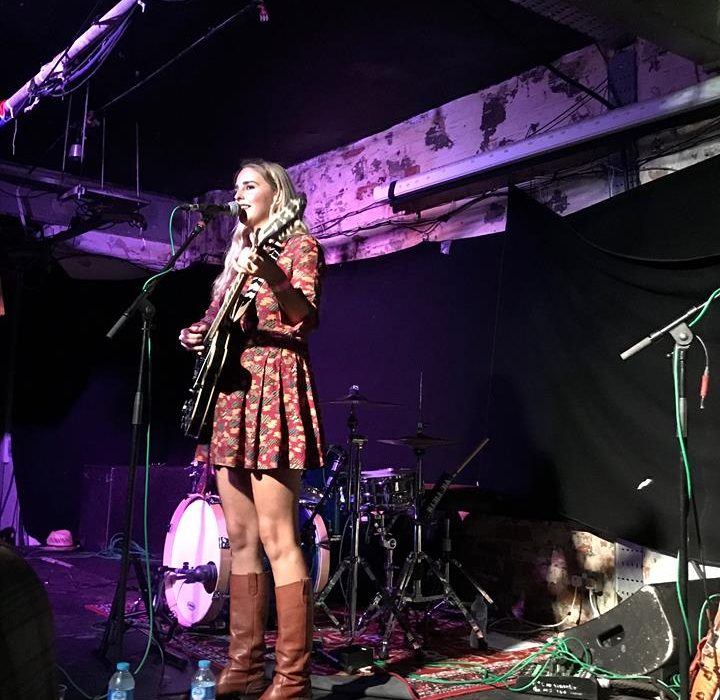 LAUREL is pissed off, and she wants you to know it. With herself, with the world, and most explicitly, with the ‘you’ to whom she refers in almost every song.

There is a tried-and-tested formula immediately apparent in the contrastingly catchy, poppy music of much of her set, meeting the beautiful and melancholy voice that perfectly matches it.

‘If you loved me, why did you leave? / If you need me, why did you go? / If you want me, why don’t you see?’ she sings in ‘All Star’, the opening song of the set. The raw emotion, and the obvious fact that these are her words, written by herself, give the lyrics real weight. It is impossible not to pay attention.

This isn’t to say that her songs are difficult to relate to, though. Whilst singles like the stomping ‘Adored’ (a song “about loving the feeling of being adored, but not the person offering it”) might be a little specific, themes of love, heartbreak, and anger are universal.

The minimalist set up on stage also aids in terms of build-up. She is flanked by two guitarists and a drummer, all three of whom, not fazed by the gravity of some of her lyrics are clearly, endearingly, having a great time and sound brilliant to match.

In ‘Same Mistakes’, which starts with just a light acoustic strumming, for example, the music reaches a crescendo culminating in one of the best-received choruses of the night. This is a song that begs to be enthusiastically sung straight back at her, and as her popularity increases, an even more eager audience reception will surely follow.

The middle of her set features a three-song solo section, with ‘Sun King’, a song “very special” to her, especially heartening. Songs from singles earlier than new album DOGVIOLET like ‘San Francisco’ and encore track ‘Blue Blood’ offer an insight into pre-DOGVIOLET LAUREL. And the new album does seem like an important step in her musical development.

Were comparisons at all necessary, one might say that her music has advanced from a British Lana Del Rey to a Florence Welch in waiting. But they aren’t. With the acclaimed release of her debut album, LAUREL is at a stage where she should be respected as an artist in her own right, and one who doesn’t need to be likened to others. It is her individuality that makes her so special, and if she continues performing and recording as strong music as she has so far, she will undoubtedly go far.