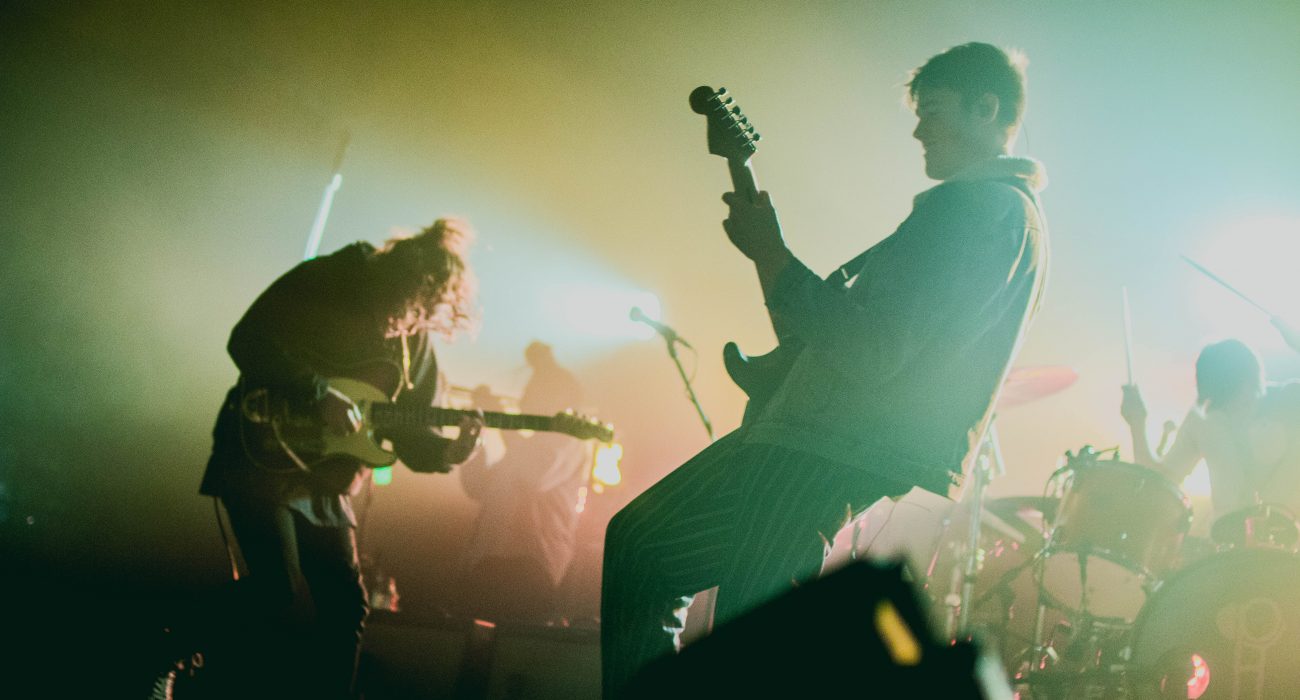 Hippo Campus, the indie pop five-piece hailing from St Paul, Minnesota, have returned to the music scene with their eagerly-awaited second album Bambi. With their debut, landmark, so intrinsically associated with summer, the shift to an album released right at the beginning of autumn was an interesting choice in itself.

In terms of production, the album comes across a lot deeper and richer in sound. Opening with low, synthy tune ‘Mistakes’, the record seems to present a shift away from the bright, poppy sounds Hippo Campus are known for. The opening track rings with soft strings and low vocals, emphasising the instrumental flexibility of the band. This movement to the more serious reflects the rise of the band’s social conscience and a desire to edge away from the typical ‘indie pop’ sound they have become synonymous with.

The new emphasis on production is seen once again in track ‘Bubbles’ that appears to glitch and provide feedback halfway through. While definitely an interesting artistic choice, it can be debated whether it actually works. The track seems very chaotic, feeling more like a mistake than anything else. Besides this, the new development feels more mature and arguably melancholic in its lower, richer tones – judging from their close association with seasonal patterns in previous work, this isn’t necessarily a surprise.

While Hippo Campus have never been ones to shy away from tragedy in their music, previously touching down on issues such as divorce and grief, this album manages to go even further. Addressing concepts such as masculinity and mental illness, Bambi also draws influence from the #MeToo movement. This cultural shift helps lead to the overall feeling of maturity in this album. The growth is both interesting and remarkable given the short space of time that has passed since their debut.

Despite this change, fans of their trademark sunny tunes need not fear. Tracks like eponymous single ‘Bambi’, and eighth track ‘Honestly’ have the same brightness that seemed to drive the album’s predecessor. Powerful guitar riffs from the members are accompanied by lead singer Jake Suppen’s honeyed vocals, while also allowing drummer Whistler Allen to demonstrate his skills.

The thing that will always be the biggest testament to Hippo Campus is their lyrical perfection. In a manner similar to the first album’s ability to recreate nostalgic summertime memories, cast in the so-called “warm glow”, the lyrics of this album manage to do the same thing, but with a more dampened atmosphere. Upbeat track ‘Doubt’ is a particular highlight in which writer and bassist Zach Sutton rhymes “I think that it’s copacetic” with “I look pathetic”. These snippets of song-writing bring to the forefront what makes Hippo Campus so undeniably exciting: their ability to capture the familiarity of adolescence in sharp, clever lyricisms.

To sum up the new release, Bambi is experimental while also stamping itself with something that feels very trademark for Hippo Campus. It draws on familiar themes from their debut such as love and adolescence, while allowing for a new growth and focus in production. Despite being incredibly short at only thirty-three minutes, the ten-track record feels expertly woven together and brilliantly developed. Bambi is a beautiful follow-up album firmly establishing that Hippo Campus really are a band that stays in the brain.