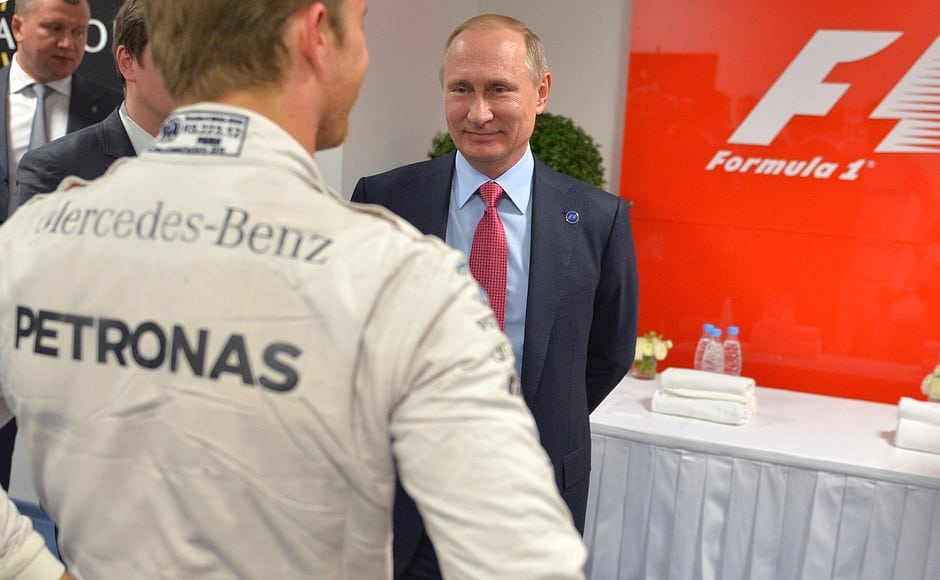 Lewis Hamilton is now 50 points ahead of rival Sebastian Vettel in the battle for a fifth drivers’ world championship after a victory in the Russian Grand Prix.

The Brit’s race was shrouded in controversy as Mercedes ordered teammate Valtteri Bottas to let him past on lap 25 in order to secure a Hamilton win. With only five races left, the championship is no longer Vettel’s to win, only Hamilton’s to lose. The Ferrari driver could come first in all remaining races but still come second in the standings.

The beginning of the race saw intense battling at the front of the grid but no major positional changes. Hamilton had a slow start but managed to use Bottas’ slip stream to avoid being overtaken by Vettel. Further back in the grid both Torro Rosso cars retired in the opening laps after independently spinning out.

Aside from Verstappen storming through the field after a back row start, the excitement died down until the first pit stops. On lap 12 Bottas came into the pits, followed by Vettel a lap later. During this time Hamilton began setting fastest sector times and it seemed he could move into the lead, but the Williams of Sergey Sirotkin held him up, wasting valuable seconds.

When Hamilton did pit on lap 14 the question was no longer ‘would he come out in the lead?’, but ‘would he come out third to Vettel?’. As the Mercedes emerged from the pit lane he saw the Ferrari of Vettel next to him, and then ahead of him as they went into the first corner. “How did that happen?” he asked. Was Ferrari’s strategy finally coming together?

Hamilton is not a driver to sit back and watch as important points go to his biggest rival and immediately began attacking the German. On lap 16 the Mercedes went to move down the inside but the defence from the Ferrari almost led to a collision, the lightning reactions of Hamilton the only thing preventing one.

Several corners later he finally managed to get the better of Vettel and moved into third place, behind his teammate and Red Bull’s Max Verstappen, who had yet to pit. As the laps progressed the Mercedes team began to notice blistering to Hamilton’s tires and gave orders to Bottas to let him through on lap 25 to protect the team’s interests.

Verstappen pitted on lap 43 and the top three stayed in those positions for the remainder of the race. Bottas asked towards the end if they were going to finish in these positions, hoping to be given back the place he gave up. In response he was told: “Affirm, we will talk about it afterwards.”

After the race Hamilton said: “Valtteri did a fantastic job all weekend and he was a real gentleman to let me by. It has been a great weekend for the team. Usually I would be elated, but I can understand how difficult it was for Valtteri.”

The next race will take place on 7th October at the incredible Suzuka circuit in Japan. If Vettel cannot take significant points from Hamilton, the championship is all but over.