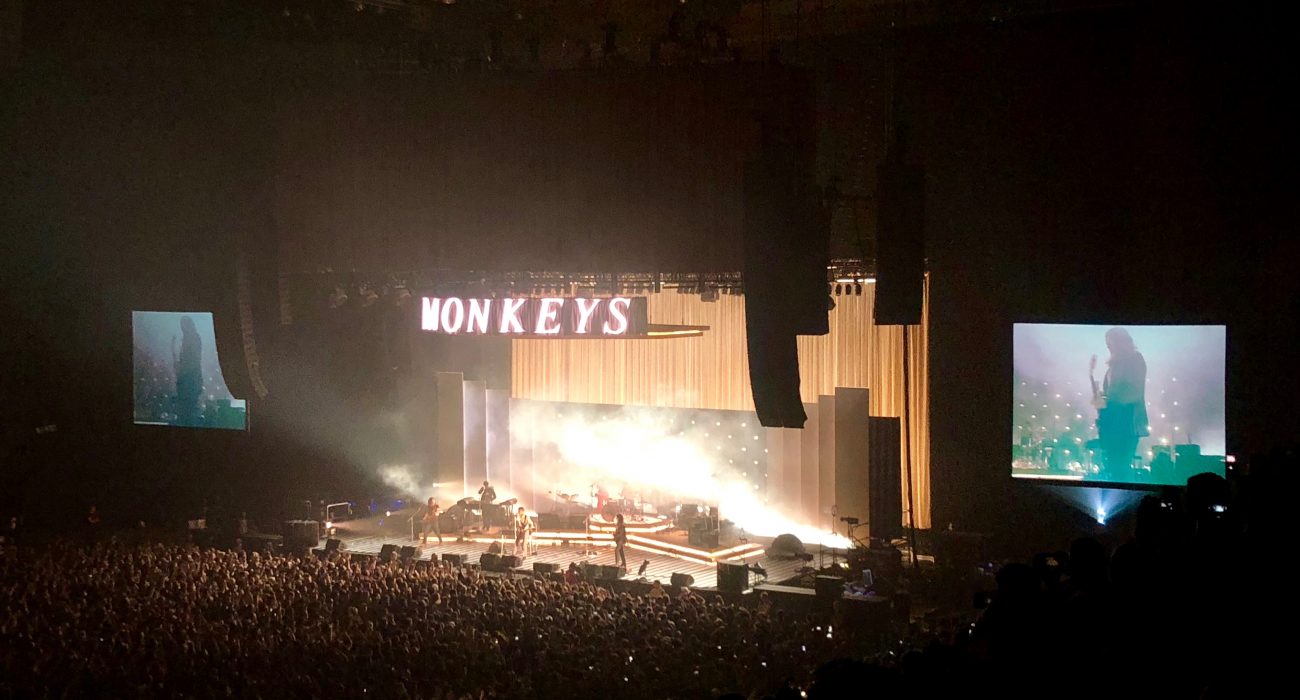 When I first listened to Tranquility Base Hotel and Casino, Arctic Monkeys’ much anticipated new album; I was instantly overcome with apprehension, confusion, and above all, shock.

Like many other fans, I was both horrified and intrigued by this new piano-led, psychedelic pop, lounge rock style concept-album. So far gone from the indie rock, guitar-driven anthems that I knew and loved, I dismissed this complete change with utter disappointment. However, after further listening, the intricate harmonies and subtle falsetto undertones, along with Turner’s complex lyrical depth, made me rethink my initial judgement.

Was this new direction just another example of the band’s brilliance?

Although it is quite possibly Monkeys’ most controversial and divisive work yet, the album has undoubtedly been a huge success. The album reached number one in the UK album charts, it has the fastest vinyl sales of any album in the past 25 years, and the album tour and extra dates sold out in seconds; given this, it’s safe to say it has been a triumph for the band.

Despite its sky-high sales, one look on social media will show that all praise for the album has been countered with an onslaught of anger and outrage. Furious fans rage at the abandonment of the old style, and the lack of direction or a chorus in many of the songs. The album touches on ideas of self-reflection, politics, religion, and sci-fi: far from the witty comments on dirty dance floors and riot vans that made the Sheffield band so popular in the first place.

The divide was unmistakable at their homecoming gig in Sheffield. While the original songs from older albums produced thrashing mosh pits, enthusiastic dancing, and fans singing along to every word, the newer songs were received very differently. Some audience members swayed and hummed along, getting lost in the piano and slow lyrics — clearly loving the new chilled out vibes. But many others made their resentment blatantly clear by sitting down and looking bored; some fans even used it as an opportunity to get to the bar without a queue.

As divisive as the album has been, there are more similarities to the older albums than people think. The autobiographical side contains a sense of bluntness and raw emotion, “I just wanted to be one of The Strokes”, that echoes the openness presented in earlier albums. Also, there is still a sense of Turner’s trademark Yorkshire accent and dialect; “he’s got himsen a theme tune” and “summat else” are particularly reminiscent of their Sheffield inspired debut. The melody and atmosphere of the album also have tones of Suck it and See and the frontman’s counterpart band, The Last Shadow Puppets.

So whether you love or hate the new album, Arctic Monkeys have taken a journey to out of space with their new style, and have no intention of turning back.