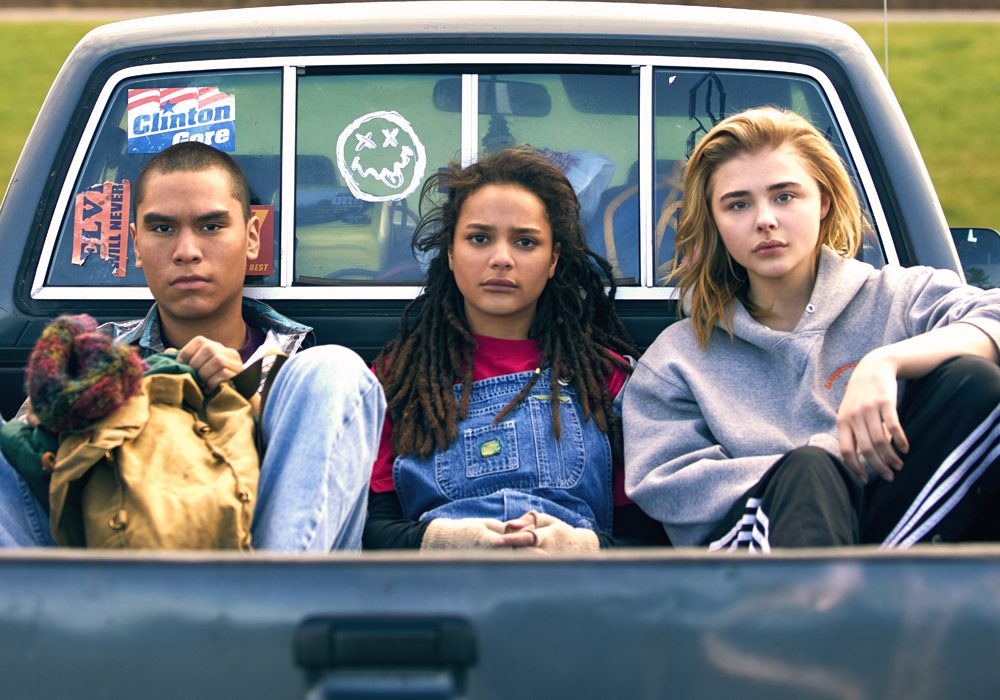 Desiree Akhavan’s third project, The Miseducation of Cameron Post, is carried out carefully and instructively as she wrote, produced and directed the film.

It follows the stories from a gay conversion camp which justify a hard-hitting drama and sensationalist approach, while managing to maintain a sense of calm.

In this book turned film, an amazing power seeps from the protagonist, Cameron Post, played by Chloë Grace Moretz, who refuses to buy into the doctrine whilst coming to an understanding of why people were against homosexuality. The apparent alternative nature of homosexuality, the ‘weakness’ as it is called, was paradoxically also a strength.

As such, this film reveals how the very Biblical belief used to condemn homosexuality can also be used, not to condone it, but to create an emphatic atmosphere around it. Not to just tolerate homosexuality but to be accepting that some people are different in ways you do not understand.

The female perspective lends an interesting, underused lens. Female homo-sociability operates on a much more intense level than cis-male homo-sociability. Female friends can, and do, kiss each other on the cheek, under the pretence of blotting lipstick, and it’s considered innocent. Yet we cannot imagine the same happening for men.

Indeed, the beginning of the film is a series of heteronormative habits. A prom dance, photos where the couples awkwardly hold each other around the waist, the obligatory compliments of the girls by the boys, and the chaste dancing. All these give way to Cameron dancing vivaciously with her friend, Coley, which later cuts dramatically to them in the back of a car, familiar in heterosexual contexts.

The climax of the moment revolves around a secondary character: a boy called Mark. He seems to have not just been converted, but is also interested in Cameron, but again a reserved-ness stops him from fully expressing that. Nevertheless, he is “cured” and feels can return home. His father’s refuses his return, because Mark has “a weakness [he] cannot handle” undoing the entire idea that conversion camps get results. This suggests that these places become a dumping ground for vulnerable young adults.

Mark is distraught, but reveals a poignancy in this supposed ‘weakness’. By quoting “when I am weak, I am strong” from the Bible, the same book that is used to subdue and eradicate a part of him, it is also where he draws hope and strength from. As he speaks and shouts louder and louder, a visibly tense camp leader puts her foot down. Literally. As Mark struggles to get up, his bloodied nose foreshadows a larger, more horrific attempt of harm. This entire scene is potent, focusing on the perspective of those forced at camp, whereas most religious dogmatic focused films often focus on the evilness of the perpetrators. It is not glossed over, but priority is given to Cameron, Mark and the rest. Their stories are important and their reactions are not romanticised, or used to show their growth. The scene shows pain. It shows the reality of psychological abuse.

The film turns your head. Angles often are turned sideways or in other ways, alluding to different perspectives. Is sexuality a parallel to angles? I suppose people are said to swing between. This is a film which gives sensationalism a pass and instead successfully utilises perspective to explain and empathise.