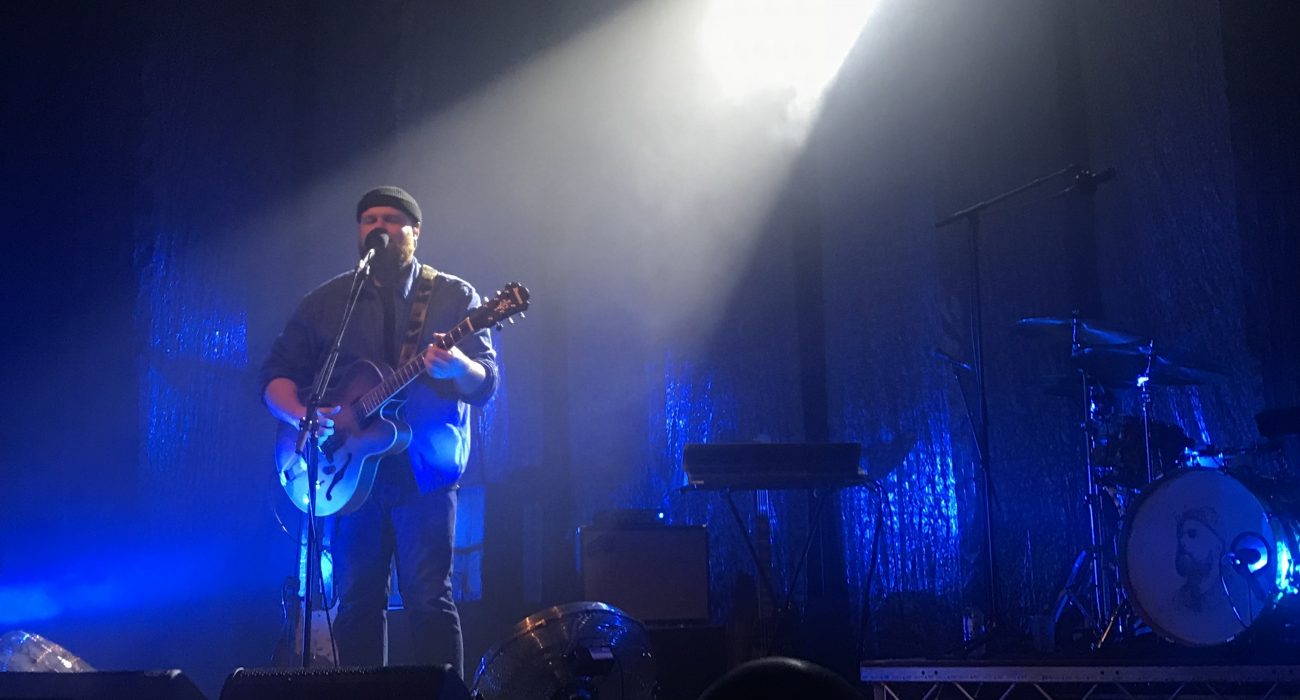 Kicking off in style with ‘Fly Away With Me’, Tom sang with style and confidence, hypnotically beckoning each audience member to “fly away” with him into his musical world. The quality of his tone and sense of vocal line was immediately noticeable and had me gripped from the get-go. Bopping in swagger, it made me realise that he was dead serious when stating “I don’t really get nervous anymore!” – his confidence was simply infectious.

With a cheeky smile, Tom and his three-piece band (who I must say were remarkably tight and expressive throughout), transitioned into his hit song ‘Heartland’. The deep bass pounding through the speakers filled each inch of the room, sending vibrations through the floor and body as Tom let his raspy vocals soar, interjected by lighter string motifs and earthy rock n’ roll guitar riffs.

Tom, bubbling with obvious excitement and joy, remarked to the crowd how “fucking good it is to be back up north”, forming a rather sentimental spin to the performance as his visiting friends waved and cheered from the side of the room. This was later met with a heart-warming moment — and highlight of the gig for many — in which Tom called up his Nan on stage, spurring the crowd to belt out a rendition of Happy Birthday to celebrate her 81st. It was visible how much this meant to them both, forging a truly precious and special moment that I’m sure they’ll treasure forever. Happy birthday Nan!

One of my personal highlights of the night was the 26-year-old’s rendition of ‘My Way’, driven by strong drum down-beats and glittering vocals in the catchy chorus, set between bouncing verses with an R&B-style. With the energy palpable in the room, Tom handed the mic over to the gleaming audience, ecstatic with the chance to let their vocals ring as they belted out repeating iterations of the climaxing chorus — I myself even got a bit carried away and left the gig with a slightly croakier voice than expected!

Treating the audience to an energetic and varied set, Tom also teased his upcoming debut album — set to be released on the 1st of March next year — with new Rudimental track ‘Walk Alone’ proving a favourite. Discussing his forthcoming music he spoke of an exciting new single with Zara Larsson, stating, “I can’t wait for people to hear it. It’s something totally different to anything I’ve done before.” With over 150 gigs played last year, his current ongoing European tour, and abundance of upcoming music it certainly is a busy time for the singer-songwriter.

An evening full of fun, laughter, and tear-jerking moments climaxed and concluded with an encore of his worldwide hit single ‘Leave a Light On’, sung along by each and every partying punter as Tom bounced around the stage with a brimming grin. Tom described the feeling of having such a worldwide fan-base for the song as “a bit crazy”, and that it often leaves him feeling “a bit shocked when seeing the sheer amount of people.”

It’s abundantly clear that Tom revels in the opportunity to be on stage and it’s truly a blessing to see first-hand. “People seem to find emotional release in my songs, I can see it in the gigs, from romantic couples to people who have had a bad week at work letting loose and raving,” he tells me. This was noticeable within the crowd as those young and old swayed, sung, and danced with each passing beat.

Tom certainly is a natural-born performer and together with his jaw-dropping vocal personality full of height, depth, and gliding ease made for a gig experience that I will not be forgetting in a hurry. The future is bright for the singer-songwriter and I look forward to seeing, and hearing, what is to come.