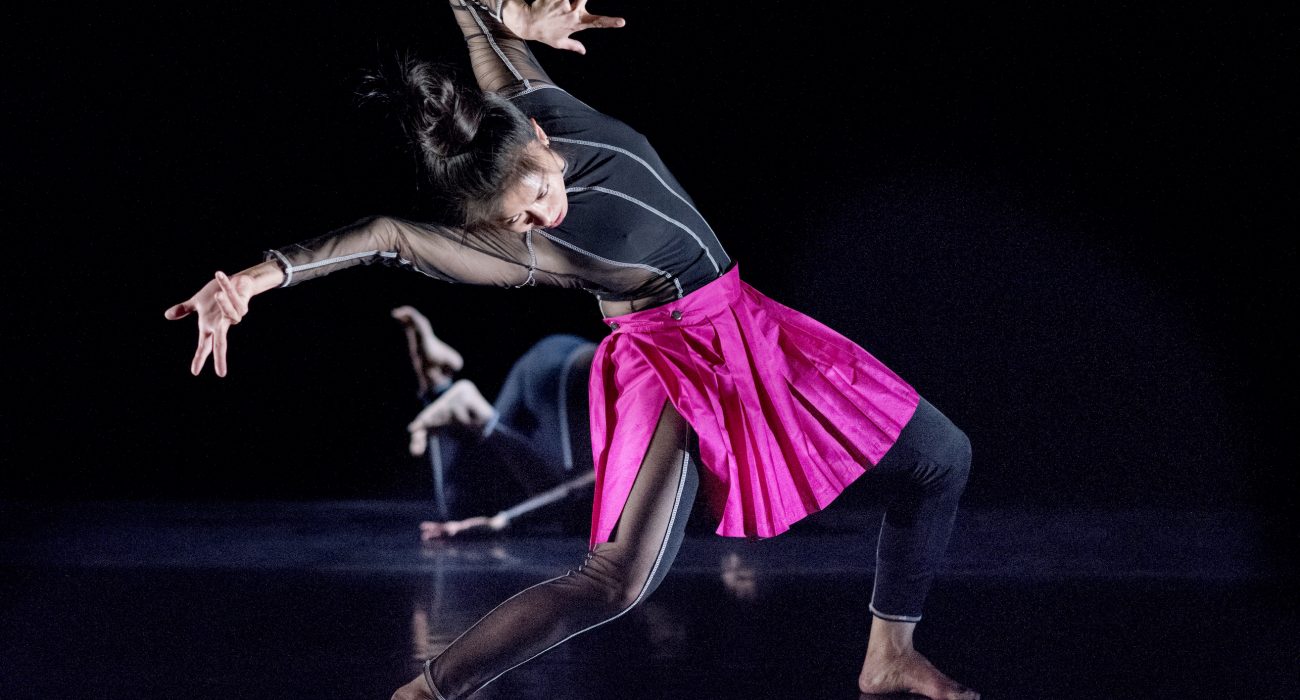 Playful and brutal, poetic and jarring, Placebo, is both thought provoking and visually spectacular. Underpinned by a striking soundtrack that fluctuates from soft, classical scores to infectious club rhythms (covering every genre in between); the audience quickly find themselves enraptured in director Suzy Wilson’s exploration of the power of the placebo.

Seven performers enact a series of ‘experiments’ (some requiring the help of the audience) that explore the ways in which changes in colour, light, sound, movement, and suggestion can all affect our perception. Wilson’s production seeks to challenge negative perceptions of placebos, and questions their possible role in mainstream medicine.

“Experiment one,” a computationally synthesised voice blares, and the audience is blinded by a dazzling white light. The start of Placebo is disorientating. Harsh lighting and emotionless mechanical movements lend a cold, scientific cadence to the play’s opening sequences. The uncaring voice-over orders the performer through a series of ‘experiments’, some causing the performers pain, some causing pleasure. Aided by Paul Clark’s masterfully composed soundtrack, the audience share in this emotion.

Changes in costume and music invite us to consider how subtle changes affect our emotional response to the ‘treatments’ that the performers are subjected to. As the play progresses, the cold, ordered approach breaks down. Sequences are repeated and distorted as the performers succumb to individual desire. The play takes on a fervent feel and a performer remarks, “this isn’t making me feel better”. The chaotic, overlapping narrative causes us to question the performers’ treatments – what is fake and what is real?

In the early ‘experiments’, the purely scientific approach is portrayed as systematic, uncaring, and sometimes ineffectual. Conversely, the more personalised approach presented in later experiments are shown as natural and euphoric, but also sometimes ineffective. Wilson’s production asks the question: is the false essence of the placebo a negative thing, or is it something positive – something to be utilised?

A placebo is an inactive substance or sham treatment administered to a patient, that has no inherent therapeutic properties. Despite this, the administration of placebos sometimes result in healing by tricking the body’s natural self-healing capabilities. Studies have shown that the shape, size, or colour of a pill can affect its healing efficacy. For example, yellow pills have been found to be the most effective in treating depression, while pills stamped with a brand name stamped are typically more effective than the same pill with no visible brand.

Historically, the success of placebo treatments has been viewed as an embarrassment in the medical profession. If a trial in which trial groups taking a new drug and a placebo both resulted in the same level of healing, the drug was deemed a failure. Wilson seeks to challenge this view with Placebo. In the post-show Q&A, she highlighted recent research into the importance of rituals in medical treatment. While a placebo won’t fix a tumour or a broken bone, studies have shown placebo remedies to be effective in certain fields, especially in pain reduction.

Much of the inspiration for Placebo comes from Wilson’s work with healthcare specialists. The Clod Ensemble run a programme, Performing Medicine, which works with healthcare professionals. They offer courses on how to involve arts in the medical care sector. They cite studies that show that prescription of arts related activity can be hugely beneficial in healing and care, particularly for older patients.

Placebo will play in Brighton, Preston, and end with a two-week run in London. Alongside the play, the Clod Ensemble are hosting a series of talks and workshops aimed at bringing together scientists, artists, architects, ethicists, writers, and anthropologists to explore the power that our beliefs, rituals, and attitudes can have to affect our own healing. Details of these events can be found on their website.