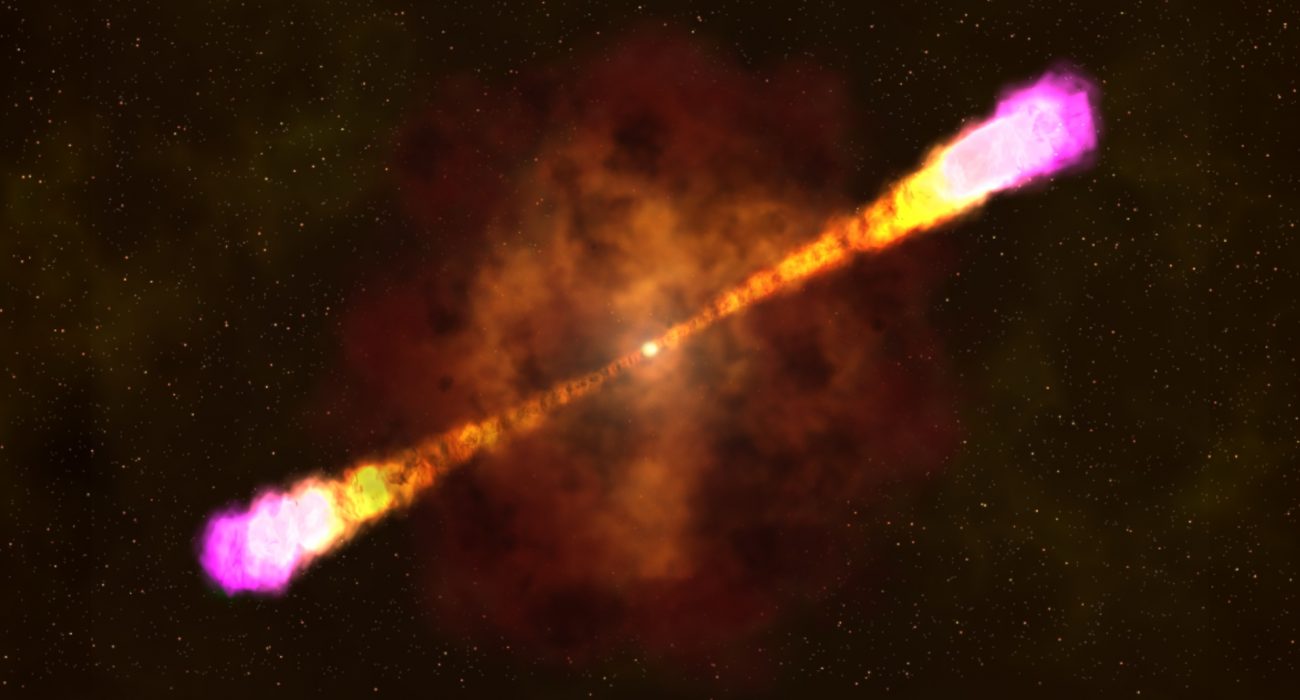 A team of astronomers at Dunlap Institute for Astronomy & Astrophysics at the University of Toronto has recently detected a ‘sonic boom’ from a tremendously powerful cosmic explosion. It has been recognised as a Gamma Ray Burst (GRB).

Despite the intensity, the explosion remained unobserved itself. The colossal upsurge was spawned by the rupture of an enormous star in a galaxy nearly 300 million light-years away from Earth, which is much closer than usual. To give some perspective, previously observed instances of similar events have been as far as 9 billion light-years away. The star, as a result of the explosion, collapsed either into a dense star, or more likely, a black hole.

GRBs are ephemeral bursts of gamma ray radiation, which consist of the highest energy electromagnetic waves. These events can be instantaneous or can last for minutes, and are brighter than a characteristic supernova. The gamma ray release is followed by a protracted release of less energetic, high wavelength radiations including X-rays, UV, infrared, microwaves, and radio waves. Typically, GRBs release energy equivalent to ten billion years’ worth of energy generated by the Sun, which is phenomenal.

The blast generates two jets of gamma rays, which travel outwards from the collapsing star in opposite directions at near light speeds. These jets are very focused and when pointed at Earth, astronomers observe intense streaks of gamma rays. However, recently, the jets were not directed towards the Earth and hence the blast remained unobserved. Instead, the GRB jets collided with the gas surrounding the original star, producing a huge shock wave analogous to a sonic boom. This heated up the gas, producing a glow that radiated radio energy in all directions.

Even though a number of GRBs have been observed since their serendipitous discovery in the 1960s, this is the first instance that a ‘sonic boom’ from a cosmic explosion has been detected. For years, the scientists have been tracking the sky for an example of this strange phenomenon, known as ‘orphan afterglow’.

The discovery was made by comparing data from previous radio surveys of the sky with data from the Very Large Array Sky Survey (VLASS), being conducted with the Karl G. Jansky in New Mexico. Further describing the discovery, Dr Casey Law cited, “We compared images from old maps of the sky and found one radio source that was no longer visible today in VLASS. Looking at the radio source in other old data shows that it lived in a relatively nearby galaxy, and back in the 1990s, it was as luminous as the biggest explosions known gamma-ray bursts.”

Law is optimistic about finding multiple instances of similar cosmic apparitions in the years to follow. He says, “Part of the story is about how much of the sky is changing, even on this long timescale, and how hard it is to test that. It is also partly about the value of new data science techniques. Pulling out information from these rich and diverse data sets are helping us do good science.”

The University of Manchester itself is home to formidable resources for radio astronomy. The e-Merlin array of seven radio telescopes now reside at the Jodrell Bank. Moreover, in 2012, the headquarters of the KSA moved to the Jordell Bank. When completed, it would be the largest telescope in the world. Together, with the bright minds of the university, we could utilise these findings and further build on them.

The discovery provides crucial new insight into the nature of GRBs and their jets. Given that GRBs are pointed in random directions relative to us, the fraction we see from Earth depends on how narrow or wide the jets are. However, we can safely infer that the new unearthing will help researchers gain a better understanding of the mysteries of the cosmos.