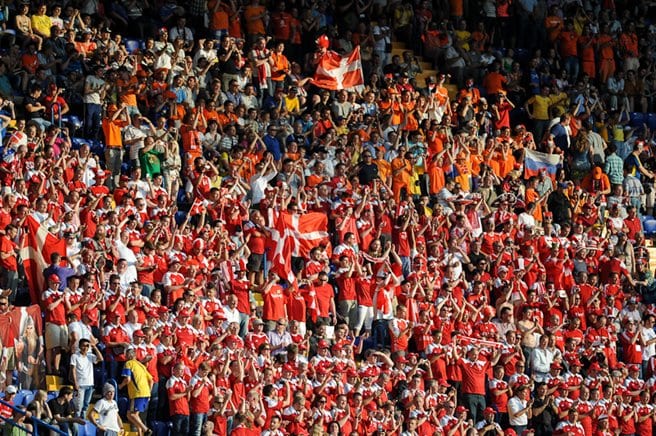 The last international break witnessed the most unusual situation for the Danish football association (DBU). In the midst of an industrial dispute and players’ strike, the DBU was forced to field a national side comprising of lower league and futsal players in an international friendly against Slovakia in Trnava, losing the fixture 3-0.

This chaos at the heart of Danish international football stemmed from the disagreement between the DBU and the Danish Player Association, the Spillerforeningen (SPF), over the control of player’s commercial and image rights. There was clear suspicion that at the centre of the disagreement was conflict over money and prestige.

The players were galvanised by the ambitions of the SPF, in particular by the head of the organisation, Mads Oland, to take control of their image rights. However, the DBU had no intention nor desire to lose control of the lucrative image rights, a key revenue stream for the Danish governing body. The players maintain that the dispute is principally about ensuring their image rights are not packaged up and sold off by the DBU. They are refusing to be used individually for DBU campaigns which they say compromise commitments to existing personal endorsements. One key point of friction is that, while the players are mainly signed to boot deals with either Nike or Adidas, the DBU is still under contract with Danish kit manufacturer Hummel.

At the crisis point, a crucial temporary agreement was reached, allowing the top players to be available for a UEFA Nations League game against Wales, just days after the Slovakia defeat.

However, it took till late September for the Danish Football Association and the players’ union to reach a new collective agreement for the men’s senior international team. The new deal sought to guarantee greater commercial opportunities and sporting improvements and runs until late 2024. In a statement, the DBU said the agreement offers “more flexible opportunities commercially, so the DBU and players together can increase revenues for the benefit of the national team and Danish football broadly.”

Christian Eriksen, Kasper Schmeichel and other prominent members of the Danish national side have recently said they were subject to “overly violent personal attacks” during the contract disputes and have been critical of their treatment from the DBU.

In an open letter written on behalf of the national team, three of Denmark’s top players – Christian Eriksen, Kasper Schmeichel and Simon Kjaer – say they fought for a better deal at a time when the team “is under pressure from… the big clubs and their competitions, where the big money is in football”.

It is worth noting that the players praised the “1,000 players” who refused the chance to play against Slovakia in support of the players’ union.