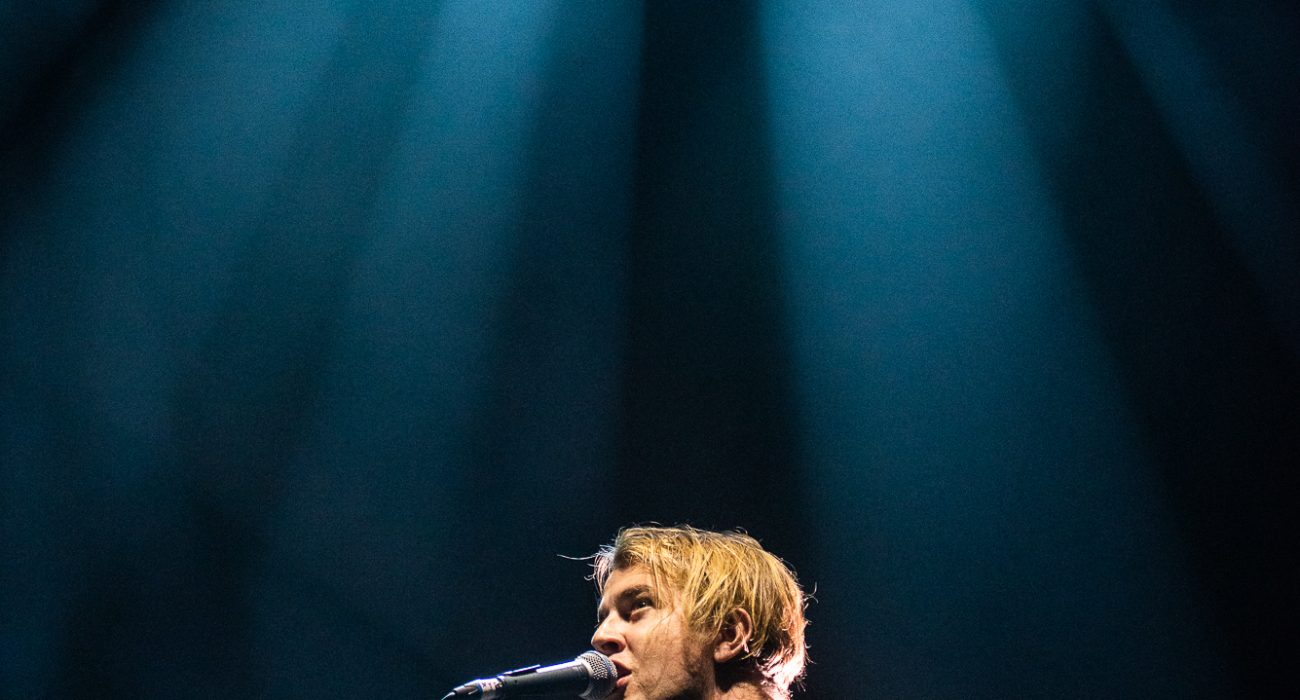 When Tom Odell strolled onto the O2 Apollo stage in a slick green suit, trademark blond mop glistening under the stage lights, I have to confess I wasn’t expecting much.

King of the John Lewis advert, I’d originally arranged to see him with my godmother. Wine downed and accompanied by one of my friends — not a 40-year-old woman — I was prepared for something pleasant but admittedly dull. What I actually received was a testament to the power of individual showmanship.

Tom Odell launched into the concert with new track ‘Jubilee Road’, filling the venue with his trademark vocals. The piano-backed tune combined with Odell’s lyrics soared through the crowd. While not the most exciting in the world, it was definitely good, and the audience greeted it with rapturous applause.

Heavy instrumental interludes involved Odell strutting across the stage, hopping atop the piano and dancing wildly to the music. For someone with such sad sounds, his ability to play the rock star role was remarkable. The standing crowd seemed enamoured by him, and it was hard not to feel his power even in seating. He joked and cackled with hecklers before returning to his piano to discuss the single ‘You’re Gonna Break My Heart Tonight’.

He launched into a spiel about the tune, describing it as about “a taxi and there’s a suitcase next to the taxi and someone’s leaving and that’s the kind of scene.” The result was something quite special. Haunting vocals lingered in the crowd, discussing the hardships of masculinity and relationships all set to a well-performed saxophone and piano backing.

When he shifted into ‘Can’t Pretend’, we were treated to pounding keys lit by flashing strobes, all accompanied by those intense vocals Odell is so well known for. A surprisingly energetic performance, Odell threw himself into the song with astounding talent and range. In a similar manner, fan favourite ‘Hold Me’ involved Odell leaping down to the barrier to engage with legions of fans waiting for him with arms outstretched. The crowd yelled the lyrics back to him and it’s surprising just how enthusiastic the entire affair was.  He showed his pianist talent with a brief but remarkably beautiful cover of ‘Fur Elise’ followed by the beginning of ‘Imagine’ by John Lennon, both showcasing his ability to switch from upbeat to melancholy with ease.

It was then that he played his most well-known song by miles. ‘Another Love’ was played softly — just Odell, his piano and his voice. It was beautiful. Astounding vocals — while expected – really did shine with their power. There was something special about an artist who could enrapture an audience so well with such simplicity and ease.

The encore finished with track ‘Magnetised’ which was performed to a backdrop of a city lit in neon and sunset. In this, we experienced Odell’s desire to story-tell. Finishing the concert, the crowd seemed wrapped up in the world that Tom Odell has created, full of heartbreak and vulnerability.

Gentle tunes, excellent showmanship, and well-played piano were combined to create a night that left fans magnetised themselves.