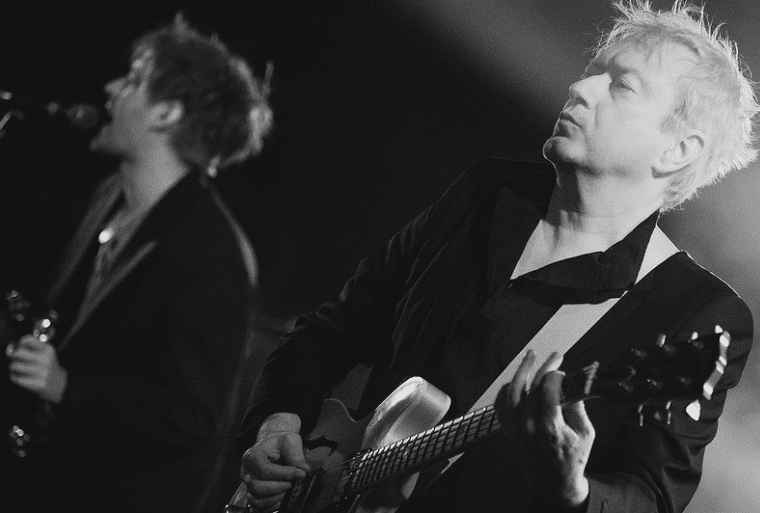 Gang of Four are, undoubtedly, one of the most influential bands in punk history. Rolling Stone gave their debut, Entertainment!, a spot as the fifth greatest punk album of all time and Pitchfork Media called it the eight most important album of the 70s. From R.E.M to Nirvana, their influence has shaped a vast amount of the music we have listened to and loved for 30-40 years now.

However, it could be said that the band’s current iteration is drastically different — only one of the original four members, Andy Gill, remains. With this in mind, I was initially uncertain as to how the performance would play out, and unfortunately, the first couple of tracks left me unconvinced. There almost seemed to be an invisible barrier between crowd and performer, an elephant in the room reminding us all that this wasn’t the original Gang of Four who tore across the British music scene back in the day.

The Ruby Lounge is not a large venue by any means, and for me, it felt confusing that a band with so much legacy would be limited to playing there. It cast doubt in my mind about what I was about to see — I feared it could only be sad seeing a band that was such a shell of its former self — thankfully, their performance turned it around. It seemed the initial awkwardness was not a lack of heart or passion on display from the band, but rather shaking a few cobwebs off. The atmosphere in the room slowly built, and although Gill is not as spry as he may have liked to be, the amount of movement and energy coming from the rest of the band more than compensated. With a beer in hand, frontman John Sterry prowled around the stage, his voice a truthful imitation of Jon King’s original singing. Bassist Thomas McNeice was lively throughout as well, thumping out countless iconic bass lines seemingly without breaking a sweat.

Fantastic renditions of “Damaged Goods” and “I Love a Man in Uniform” came through. I realised: it’s not the original group, but does it matter? I doubt I would have felt as strange about the performance as I did if they were simply an outright cover band; if anything the presence of Gill should be adding legitimacy to the performance. Today’s music industry is full of has-beens clinging onto previous greatness, and as a fan of the band I was scared that this would only be more of the same. I don’t think Gang of Four will ever be able to climb out of the shadow of the band that they once were, but that isn’t to say they didn’t deliver a great performance.

My only complaints by the end were the omission of a couple of their more popular tracks off of Entertainment! in favour of newer material. As the show came to a close, in what is easily one of the most unique encores I’ve ever seen, a microwave was brought out on a table, and Sterry took a pipe to it, laying into it and denting it out of shape. As the pipe broke, he grabbed a guitar neck from backstage and continued, cheered on by the baying crowd. It felt as if it was a statement of determination, a reminder that this band was not here to phone it in or take it easy, but that they were instead hungry to recapture that 70s punk ethos that these days is little more than a memory. It may not have been fresh or innovative, but they definitely succeeded.