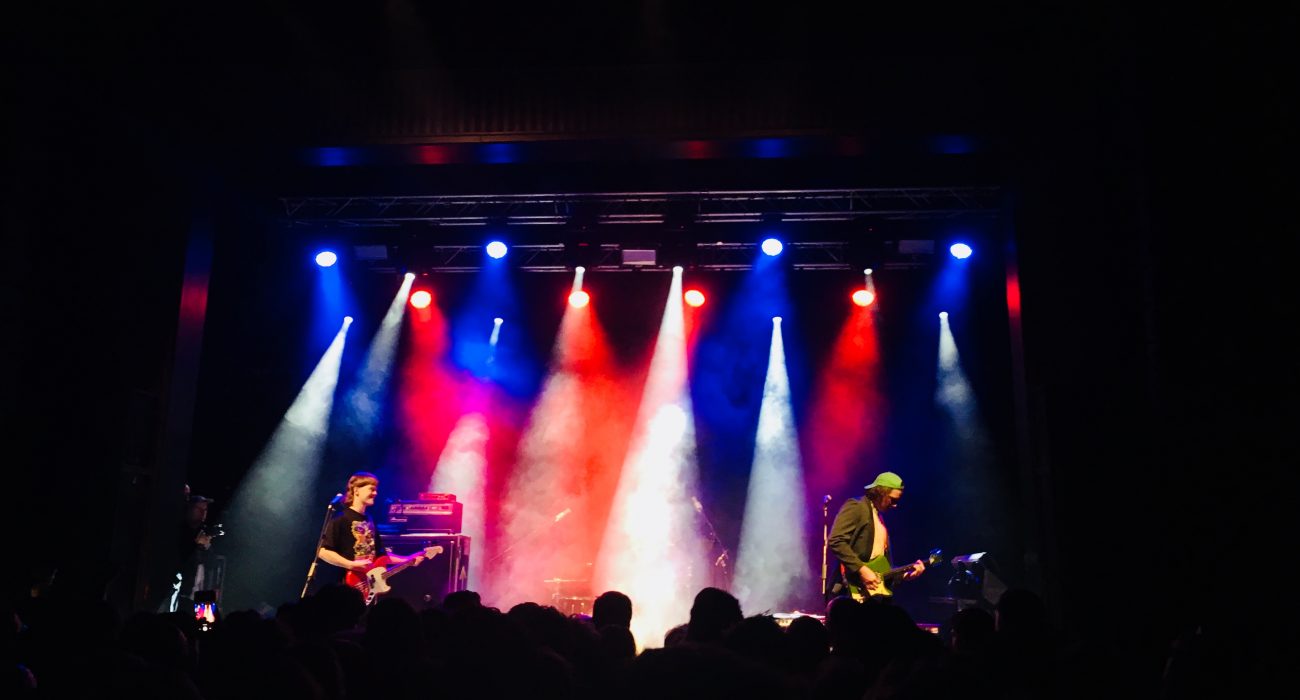 There’s something special going on here. Something exciting, rising in a seismic wave, pulling in anybody in its (admittedly narrow) path. Its name? The Chats.

This is a band who have managed to completely sell out a full UK tour on the first time they have ever even touched British soil. Tonight’s Manchester gig, incidentally, was initially supposed to be held at The Star and Garter, a mere 200 capacity pub. The chosen location seemed typical of that of a non-native band with not even a remote mainstream reputation. However, a quick sell-out led to the show more than doubling its size by relocating to Rebellion and then, upon the tickets of that also being snapped up straight away, finally settling at Academy 2, a venue that hosts 950 attendees within its walls.

Among these attendees you spy members of Manchester guitar outfits who have picked up on the hype surrounding their Australian equivalent. There are ‘70s mullets galore on the heads of young fans identical to those of the self-declared ‘pub-punk’ band. Aside from cramming in an additional 750 fans, there was another benefit of the relocation from The Star and Garter’s 18+ realm. Several kids, some of whom can’t be more than four, are gripped to sides of their punk parents, itching to catch a glimpse of the stage above the sea of much taller heads.

In an ode to Manchester, and perhaps their own homeland what with the song’s lyrics of cricket, The Chats walk on to ‘Dreadlock Holiday’ by Stockport’s 10cc. Their own songs are no less specific and obscure in theme. ‘Bus Money’ is a tale of purchasing useless things with the change you designated to get you home, most beautifully captured in repeated shouts of “All I need is a buck or two!” There’s even a song named ‘Mum Stole My Darts’ and again its literal lyrics don’t even seem to be a metaphor for something deeper. It becomes clear that the unashamed ridiculousness of these songs just makes them so much more fun.

“This is the first gig I’ve ever been to where the whole crowd is a mosh pit,” comments one of the mellower, and evidently taken aback, members of the crowd. In a demonstration that the presence of The Chats has the ability to instigate a droll atmosphere, another, quite less seriously, shouts “play ‘Wonderwall’!” in the stage’s vague direction.

The first of these two contrasting takeaways, though, certainly remains worth noting. From the band’s first step on stage to the last moment of the show, from the barrier right to the bar, the crowd is untamed. Even new, unreleased tracks spark a joyful fury of movement that rests for nothing. Despite this, there is an air of waiting for the band’s biggest song – the one that most of the crowd were probably introduced to the Queensland trio by. ‘Smoko’, a punk colossus that went viral on YouTube for its comedic nature and stupendous quotability, somehow sends the crowd wilder.

Perhaps commenting on the venue in which he found himself playing this evening, lead singer Eamon suggests to the fans before him that “you shouldn’t go to uni, you should drop out and start a shit band like us.”

If doing so gets you to The Chats’ position in just a couple of years, his claim is nothing less than utterly convincing.