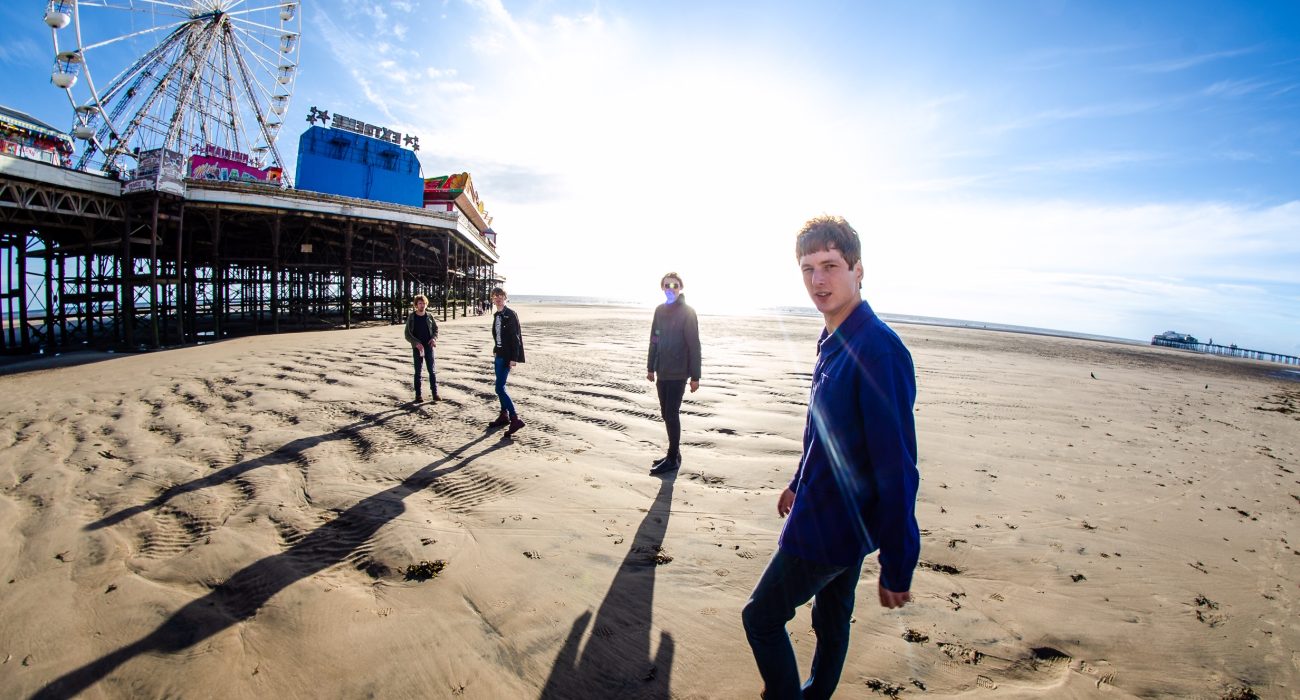 In Conversation with Twisted Wheel

Twisted Wheel’s return to Manchester with four-song EP Jonny Guitar saw the venue packed to the brim. Intermittent “WHEE-EL” chanting between songs, and a lively performance from both band and crowd showed just how excited the crowd was for the band’s reunion.

Since the band’s sudden break up in 2014, frontman Jonny Brown has seen some dark places; their new EP, however, has reaffirmed their place in the indie rock scene. Both the sound and the band have matured but without losing the youthful, gritty energy that first gripped fans when they started out.

The audience was a mix of young and old, and the crowd’s affection for the band showed clearly that this was their hometown. Old favourites such as ‘Strife’ and ‘Ride’ were well received by the crowd and in particular ‘You Stole the Sun’ and ‘Oh What Have You Done’ got everyone vigorously bopping their heads — the latter being my favourite performance of the night. The new EP, however, was the performance the crowd were most readily anticipating, and they didn’t disappoint.

Jonny Guitar is made up of four songs: ‘Jonny Guitar’, ‘Keep it Up Boy’, ‘Rebel’, and ‘I am a Convoy Man’. The latter was my personal favourite because of its ability to transport you to somewhere else, coupled with Jonny’s beautiful, folk-like singing and its infectious, ‘oldy-worldy’ quality.

When I asked Jonny about the difficulties he has faced in the past few years, which included a drug addiction, he refers to ‘Jonny Guitar’. “I think that song sort of maybe lifted me out of there,” he said, whilst also adding that “it’s time to try and be a bit more positive now.”

‘Jonny Guitar’ was unsurprisingly a hit with the audience as were the rest of the new songs played which were delivered with habitual confidence. Jonny has described the EP as “more mature” due to having “more experiences” but quickly stresses “I guess there will always be a kid in me… you’ve got to stay young in some way in music” which epitomises the EP.

‘Rebel’, the third song on Jonny Guitar, is catchy, upbeat, and probably a favourite for many off the new EP, and is inspired from a “Leonard Cohen vibe” Jonny tells me. It is obvious Cohen is a big inspiration to Jonny as he says likes the idea of  “just one man and his guitar… that sort of power he had, just him on his own is endearing”.

Equally, Joe Strummer from The Clash is an idol of Jonny’s, displaying the range of genres who have influenced Twisted Wheel. Time and time again Twisted Wheel are labelled as a ‘mod band’ or a ‘punk band’ or somewhere in between, when in fact, in the words of Jonny, “I don’t like sort of saying what it is that we do because I don’t want to sort of pigeonhole myself”. In the wise words of Jonny: “We’re playing a folk song and then the next song could be more punk related so I just want to be free… The Twisted Wheel keeps turning.”

In the future, Twisted Wheel fans can expect “rock n’ roll and stomping tunes”. There will be a slight shift in direction in some ways as “the punk side is sort of cooling down a little bit” and we will now see “maybe a little bit more of an 80s influence”. Jonny says it is “life generally” that has produced the lyrics for Twisted Wheel’s music and although he would be interested in incorporating politics into his music writing at some point, Jonny says “I’d like to touch on some things in my own way”.

This is because “You’ve got nonstop politics on the internet and the telly and the radio in between songs so putting music on takes yourself away from it”. No doubt whatever direction Twisted Wheel are heading in, they will impress, and Jonny assures me “there’s plenty more to come” so keep your ears open!

Jonny is a big fan of Cabbage. Not being from Manchester, but as a massive fan of numerous Manchester bands old and new, my last question to Jonny is what is it about Manchester that has meant it has produced so many good musicians and bands. Jonny believes “there’s been greatness from very early on” but also comments on the rainy weather.

Jonny refers to The Hollies as one of the first great bands. Bad weather means “you can’t really go outside and do stuff… that’s when you start messing about on your guitar”. Jonny also claims Manchester’s rich musical culture and variety of genres are passed on from generation to generation and also that Mancunians are usually confident and believe in themselves which is a big part of getting somewhere in music — “you’ve got to believe in yourself”.

Jonny’s final remark, quoting Morrissey, is “God knows man, there’s so much to answer for, that’s what they say about Manchester”.