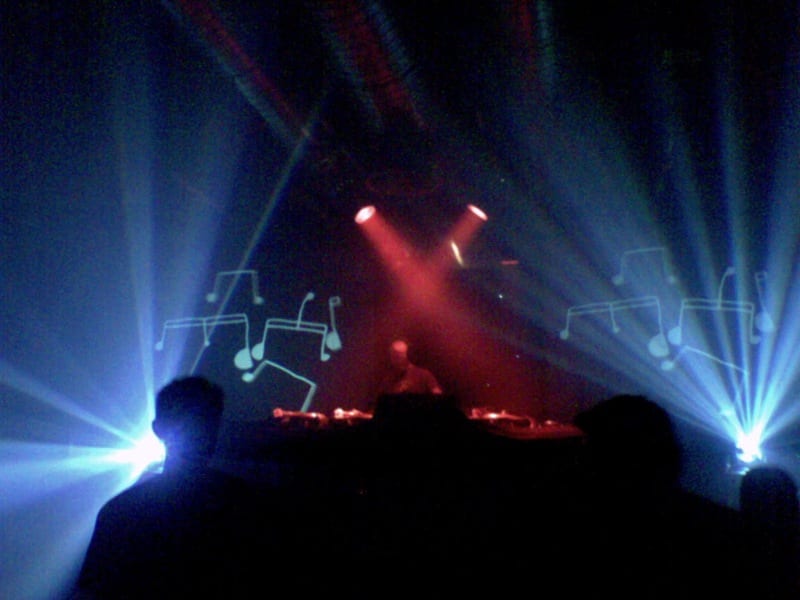 There are many questions that still plague our flawed, human minds: are we objects of creation? who put the ‘s’ in lisp? And of course, what genre is Mr. Scruff? After seeing the Manchester born DJ in his 18th year of residency at Band on The Wall, I am still none-the-wiser. While back to back with Fat Freddy’s Drop’s, DJ Fitchie, he once again flaunted his magnificent record collection to an adoring crowd.

The venue is an outstanding one. Winner of the NME small venue in the Northwest (I know, right) Band on the Wall knows how to put on an event. Ticket numbers were reduced by 50, to allow for more dancing space, and phones are strictly banned on the dance floor. The resulting atmosphere is intimate, and focused wholly on the music.

The evening started with laidback, jazzy tunes, which made for easily listening as the room filled up. Every age group was represented, skanking out to the slowly building tempo orchestrated by the commander in Chief, Señor Scruff. His Passion and knowledge was so obvious, as he moved from genre to genre, and there wasn’t anyone in the crowd sitting.

As a young Manchester native, in the early 90’s, he put events on with his signature worldly style. Competition was fierce with the growing techno scene at the time, but he was one of the few DJ’s promoting a different style of music. With much of its roots in reggae and dub music, his record collection has now toured the world numerous times, along with many of his own signature tracks. His often marathon-long sets, and self-critical method of improvement, have made him nothing less than a musical wizard.

When DJ Fitchie appeared on stage, fresh from his gig which had finished not long before, the music took on his signature ‘dubby’ sound. The occasional house or techno track was a welcome surprise, as well as a plethora of other genres, I, nor anyone else, would be able to name. It was all so effortless, and so was the listening: no need to dodge the flailing arms of a drum and bass monkey, no sports players preying on the weak and sexually available, just a funky breeze swaying us to the tempo.

The hours slowly ran out, but the crowd did not. There was a certain urgency about anyone who wasn’t in front of the stage; cigarettes were cut short, and loo trips were rushed, just so no precious time near the speakers was missed. There wasn’t anyone who wasn’t going to get their money’s worth.

There could hardly have been a more fitting duo on the stage, and best of all, not a single gun-finger in the room. It should be up there as a must for any student lucky enough to have such a talent in their city, good times are guaranteed. So for euphoric feelings of ecstasy and a shared understanding with a whole room of people, don’t take drugs, take Mr Scruff.