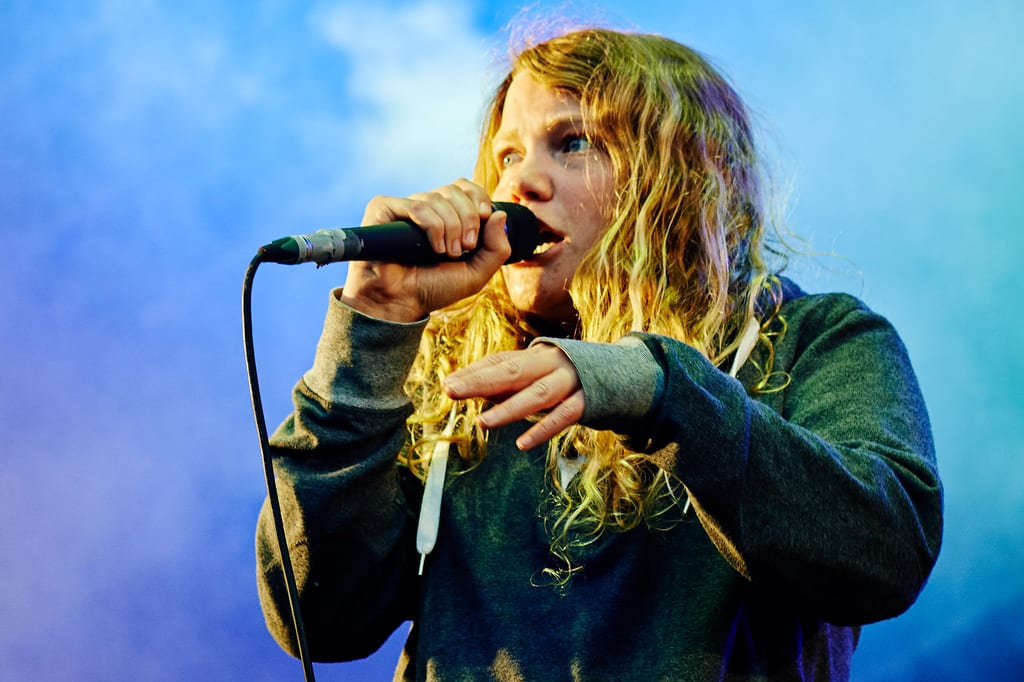 Kate Tempest, the 32 year old South Londoner, is a master storyteller. Her work, which stretches the boundaries of spoken word, writing, and rap, is an ode to humanity; it’s a brutally honest yet humane depiction of her world.

Her 2014 album Everybody Down marked the start of her career as a touring music artist. Before this, her work had been predominantly within the domains of spoken and written word. The album tells the story of a couple – a modern day romance which, throughout most songs, cuts much of the romance in favour of real and tangible depictions of life. It touches on themes of family, drug dealing, dysfunctional relationships, and sex work.

Even when listened to in isolation each song creates a bubble around you, filling it with another version of reality; another person’s story. Yet as quickly as it is created, the bubble is burst, leaving just the shadow of this person’s life on your mind as Kate throws you from one story to the next. Her lyrics are packed with complexity of feeling yet are compact and succinct; she never wastes a word or a pause. Instead, the flow of her voice is music in itself, set atop an often jarring but always cinematic background track.

Her latest single released October of this year; ‘Bubble Muzzle’ is a live performance and the musical version of an existential crisis. The mundane nature and hardship of everyday life and becoming numbed to the world around you are certainly subjects Kate’s explored before, and she does so again with the same precision and gentle wit. For this single, the music is stripped away and Kate’s voice alone creates the rhythm with repeated refrains, moments of frantic speech and seconds of calm, like the days of long commutes and office jobs her words describe.

Tempest is the first under 40 recipient of the Ted Hughes Award and with Everybody Down nominated for the 2015 Mercury Prize and Let Them Eat Chaos nominated in 2016. As well as being nominated for best female solo performer at the Brit Awards this year, she is someone to keep your eye on; someone to listen to when you want to escape from your reality to one of someone nearby or just want your ears to be warmed by pure talent – Kate Tempest is raw, relatable and real.

For fans of: The Streets, Young Fathers, IDLES, This Is The Kit, Jamie T and Loyle Carner