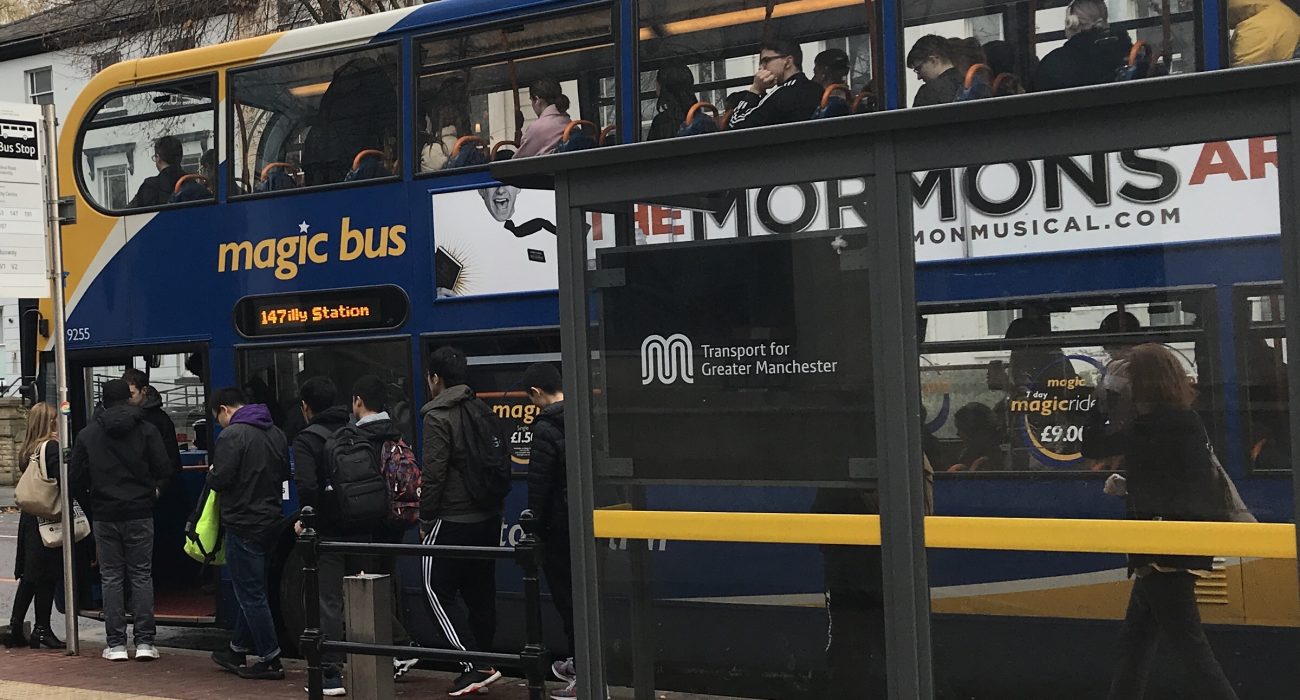 The University of Manchester Students’ Union has taken aim at bus provider Stagecoach, accusing one of its key services of declining to ‘unacceptable standards’.

Concerns have been raised surrounding the popular 147 bus route which came under the control of Stagecoach in September and is free for staff and students from the University of Manchester travelling between campuses.

There have also been accusations levelled against some of the drivers working on the 147 bus route regarding customer service when dealing with international students. Additionally, overcrowding on the 147 bus during peak hours is said to cause particular problems for those with accessibility and mobility issues.

Olivia Meisl, University of Manchester Students’ Union Education Officer, has been in discussions with Stagecoach and is set to meet them every six weeks “until the service improves”.

During her November report to Senate, the highest decision-making body at the Students Union, she said that the 147 service had “declined to unacceptable standards” and that requests had been made for drivers to “undergo customer care training particularly concerning international students.”

Olivia told The Mancunion: “Students and staff including myself [have] noted several incidents where drivers had been rude in relation to international students.

“Now that Stagecoach has the route, the drivers are regularly swapped and do not [stay] on the same route, this lessens the opportunity to build rapport or build on knowledge of how best to interact with the many international students that use the 147 service.”

Olivia said that she couldn’t comment on the standard of other Stagecoach buses as the 147 is the only one partly-funded by the University and the only one that the Students’ Union have received direct complaints about.

Stagecoach is one of the largest bus operators in Manchester and their blue and yellow ‘Magic Buses’ are instantly recognisable to most students in the city.

There have also been complaints of buses not picking people up, potentially due to them being at capacity, but some students have argued that the new 147 service run by Stagecoach is arguably better than its predecessor, Oxford Link, which largely ran single-decker buses.

One student told The Mancunion that they experienced rudeness when asking why they were not more buses, with one member of Stagecoach staff even refusing to let her on.

“He said ‘it’s the way it is’ and there’s no demand for more buses. They then changed a 142 to a 147 but he smugly walked up to me and stood in the way with his arms out saying everyone can get on apart from me. I thought it was really rude, I was literally just asking why there weren’t more buses.”

Some students have complained about the 147 service constantly running late. One student said: “It never comes on time and sometimes it just doesn’t come at all. Since we are already all the way in North campus and don’t enjoy the same facilities as main campus students, we should at least get a reliable link to take us all the way to lectures.”

Stein Hans, an Electrical and Electronic Engineering student also said: “I have been using the 147 for four years now and this year has by far been the worst year.

“When the 147 route was considerably shorter it was much more reliable. Having the 147 go all the way to [Fallowfield] may have been a great idea, but it has crippled a service that has been great.”

Recently, Stagecoach added 2 more buses to the 147 route, including one at peak time.

Emma Gardner, the University of Manchester’s Head of Environmental Sustainability said: “The University and the Students’ Union have met with Stagecoach to raise issues relating to frequency, capacity, delays and attitudes of drivers.

“Stagecoach confirmed a number of immediate steps, including an additional two buses to help address capacity and delays, and further customer service training with drivers. We look forward to seeing improvements as a matter of urgency, and have agreed to meet with Stagecoach to review.”

A spokesperson for Stagecoach Manchester said: “The 147 now starts earlier and runs later than it had previously and we’ve extended the route to provide improved links for our customers.

“We welcome the feedback from the University of Manchester’s Student Union. We have met with them recently to discuss their concerns and advised that we have already added two additional buses into the service to help meet the demand and that we will make further changes to the timetable in January.

“We are also addressing the feedback about customer service, which is not representative of the training or standards we expect from our drivers. We will continue to work with the Student Union to ensure we provide the best service for our customers.”