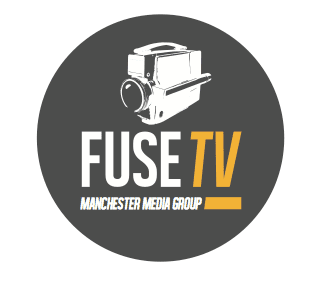 You may never miss an opportunity for free alcohol, but would you still accept it if it was gifted on the condition that your following drunken antics be filmed and shared for the world to enjoy? Slurred Lines has taken it upon itself to scout the brave souls to whom these terms are absolutely fine.

Slurred Lines is the latest project to leap out of the creative mind of the University’s own Fuse TV. Among Fuse TV’s plethora of talent-driven shows and series, Slurred Lines is perhaps one of its most ambitious yet. Its heavy involvement of members of the public – that is, obscenely drunk members of the public – sparked the haunting worry among that script-lacking participants might not provide the sublime, quotable primetime entertainment a project like this so greatly deserves. But Fuse TV needn’t have worried one bit.

The show, incidentally, has very little to do with the controversial 2013 Robin Thicke hit ‘Blurred Lines’. Instead, the controversy lies within its two-versus-two premise; a duo of pals who are greatly passionate about a particular topic sit down with a pair of strangers, who adopt the exact opposite viewpoint. Their passion is fuelled by rivalry and, naturally, vodka shots.

The recent cold winter nights have set the scene for filming. Each episode is taped from the comfort of a shed, to the surprise of tipsy participants upon their arrival. This is no ordinary shed, however; never before has a student outhouse been decked out with such comfort. Along with sofas, blankets and streams upon streams of fairy lights, each debate’s theme comes with appropriate décor to match, to get the teams in the zone and to keep their slurred, nonsensical lines actually on topic. The intoxicated pairs are permitted to interact with their new environment as they please, to comical results.

The debate themes themselves consist of topics that will entertain and engage the masses. Coming to your screens soon will be intoxicated ramblings on everything from meat-eating versus veganism to what wears the crown for being the best-ever Christmas song. Perhaps more trivial – but equally as opinion-splitting and friendship-dooming – are topics including whether tea or coffee is a better companion to your day as well as the pronunciation of ‘scone’.