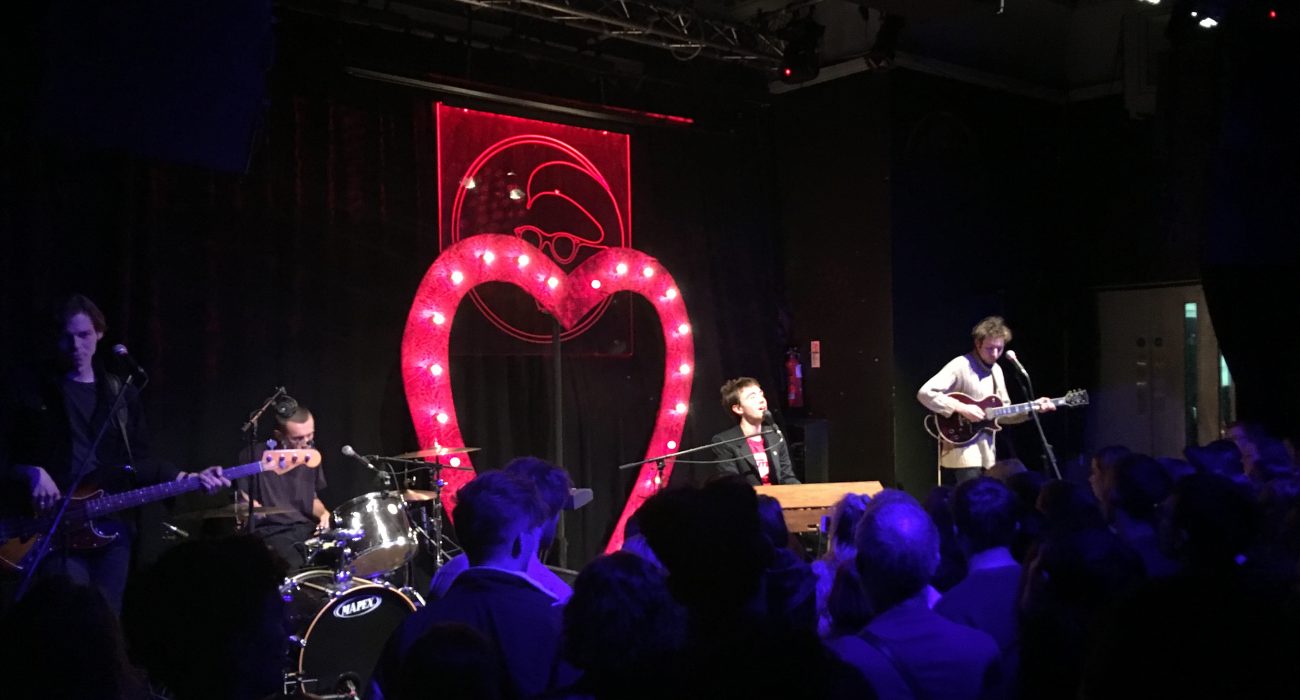 Matt Maltese is quickly asserting his name as one of the most exciting songwriters in the UK. The rising 21-year-old released his debut album Bad Contestant in June, which he is currently touring. It’s a compelling, yet quirky mix of both upbeat and melancholic love songs. Yet he’s seemingly untouched with the growing fame, as was evident in his personable and friendly interview style.

With his debut album being met with high praise, many are claiming the singer’s breakthrough is imminent. When asked about the album Matt described it as being completely personal; an emotional investment through which he was able to explore issues he felt personally moved by. Paradoxically he believes the album is compiled of two sides of himself; the one in which he sings with his heart on the sleeve and the other which mocks this more emotional version of himself. This, arguably cynical, stance is part of the character of his music, in which he frequently looks back on his own experiences, often with humour, which is no easy feat.

The subversive nature of his songs draws many in; what at first sounds like jaunty piano melodies soon changes with the addition of complex lyrics, often addressing uncomfortable issues. He states that this is the exact message he wanted to portray in his album cover, in which an elderly couple are sat at a dinner table. “I wanted to give the impression that it’s a really beautiful photo” but when you look a bit closer, it’s not quite what it seems.

This feeling of things not being quite right is something which is echoed throughout Matt’s music, largely due to his view that we are living in “the age of unhappiness”, yet believes this should be something to talk and laugh about. Through his music he wants to forget the turbulent political landscape, we find ourselves in and focus on the impacts it has on one’s own mental health, rather than simply being another person “telling everyone Brexit is bad”.

It’s clear Matt feels at home touring, describing it as a time “when everything feels real”. Walking out onto a stage back-lit with a giant movie-style heart, Matt kicked off the show with a delicate rendition of ‘Sweet 16’. The setlist seemed to flow seamlessly with his faster-paced classics scattered throughout. The northern quarter’s Band on the Wall was packed to its 300 person capacity to which Matt jokingly commented “it’s nice to play shows when people actually turn up”, reflecting on his previous, smaller Manchester gigs.

During ‘Less and Less’ and ‘Even If It’s a Lie’ the band took a step out of the lights leaving Matt alone with his piano, captivating the audience with every note. When asked about his consistent use of the piano, Matt reflected on his childhood musical influences and never being tempted to stray into the more common realms of guitar-led bands. His gravitational voice created an intimate performance allowing each individual within the audience to be touched by his words. During ‘Greatest Comedian’ the crowd were treated to a glimpse of Matt as a frontman, he strutted along the stage with his Morissey-esque dance moves.

Matt admitted to loving “making people laugh” and sees laughing at yourself as a defence mechanism. The gig was filled with little comedic gems and at one point he exclaimed “my album reached 3 million sales this week” prompting a loud cheer which just turned out to be “a bad joke” as he put it. The crowd’s reaction, however, clearly demonstrated that such popularity would be completely plausible, especially in the near future.

By combining comedy with music, Matt Maltese is able to write about “really deep things in a superficial way”. His “impending sense of doom” culminated in the writing of ‘As the World Caves In’, the final song of the gig which features a satirical love affair between Theresa May and Donald Trump whilst initiating nuclear warfare. Using a sensationalist scenario allowed Matt to be “really sincere with the love song”, providing a space in which he didn’t feel ridiculous writing it, ultimately “its a song about love in the world.”

The way in which Matt is able to write seemingly poetic and personal songs which simultaneously reflect his bleak view of the current political climate make him a poignant young voice and thus someone to watch out for in the coming years.