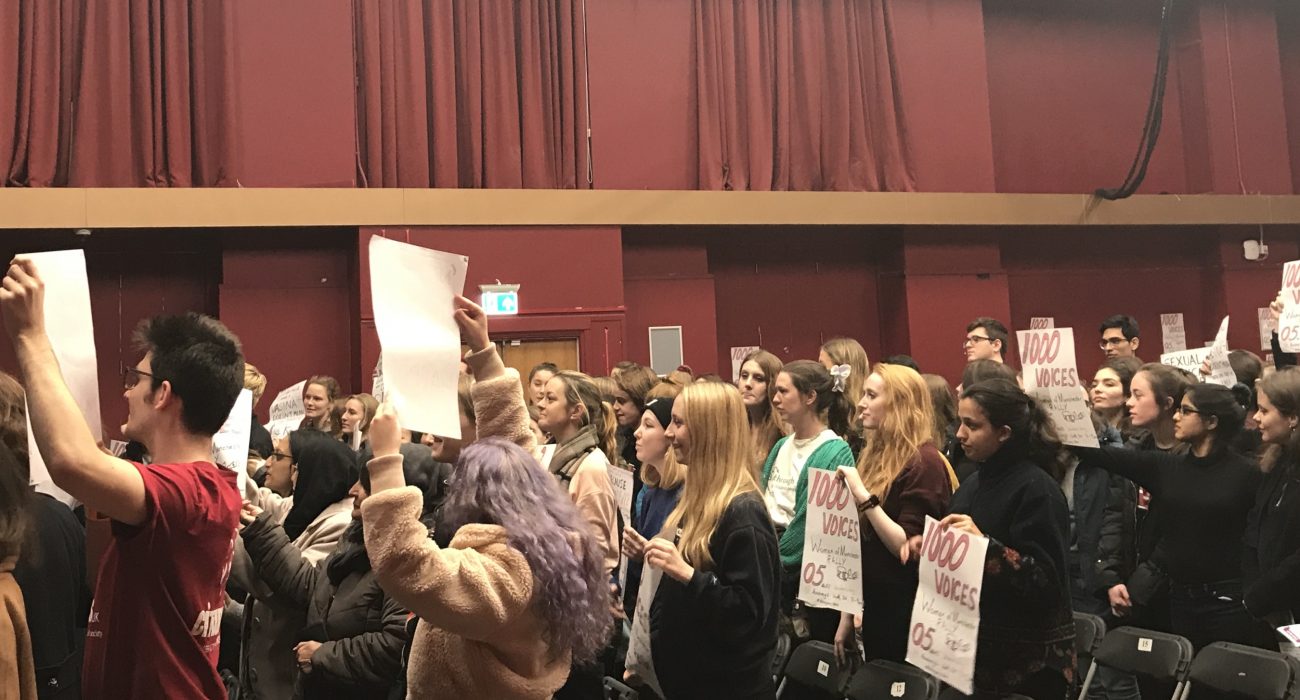 More than 150 people attended a rally on the 5th of December, calling for misogyny to be made a hate crime in Greater Manchester. But according to organisers, Greater Manchester Police (GMP) failed to make an appearance at the event.

Misogyny is not currently recognised as a hate crime in the region, although Greater Manchester Police have the ‘operational power’ to implement misogyny as a hate crime at any point.

Ian Hopkins, Chief Constable of Greater Manchester Police, was expected by organisers to make an appearance at the event but pulled out at the last minute meaning neither he nor a representative from the GMP turned up.

There had been a social media push to persuade Mr Hopkins to attend the rally, and activists have been mentioning him on Twitter for months on end.

A spokesperson for Misogyny Is Hate told The Mancunion: “Ideally what we wanted and we had been hoping for was that Ian Hopkins would come down and give a statement. However, very last minute and very flippantly he has said he has other things to do.

“We did tell him two months ago that this was a thing that was happening and we have been reminding him. He has also received two emails from Andy Burnham encouraging him to come along. We’re very disappointed [the GMP] hasn’t sent a representative.”

At the end of the event, the attendees of the rally recorded a video for the GMP, urging them to make misogyny a hate crime.

In 2016, Nottinghamshire police became the first police force to recognise misogyny as a hate crime. It was recently revealed that there is overwhelming public support for the policy among Nottinghamshire residents.

According to campaigners, 45% of women have been groped in a public place and a third of young women aged 14-21 have been sexually harassed.

In September, it was announced that the government would commit to a comprehensive review of hate crime legislation. This could mean that misogyny will soon be recognised as a hate crime nationwide.

Activists have told The Mancunion that they are hopeful the intervention will eventually make misogyny a hate crime in the country as a whole, but worry they will have to wait for up to two years — although Greater Manchester Police can act at any point to define misogynistic practices as hate crimes.

A statement was also read out on behalf of Stella Creasy, MP for Walthamstow, who played a key part in getting the government to commit to a fully funded review.

It read: “We have now won a commitment from the Government to carrying out a full review into all hate crime law, including misogyny — this is an opportunity to make sure we have a hate crime framework that is fit for purpose and makes sure that no one is targeted because of who they are.”

Representatives from Manchester City Council also attended the event, with Fallowfield councillor Grace Fletcher-Hackwood making a speech. The venue was decorated with signs saying “sexual and physical violence starts with everyday acts of misogyny” and “my hijab is not yours to take off or put on.”

Hatty Ruddick, a University of Salford student and NUS delegate who gave a speech at the rally, said: “The GMP didn’t turn up today. It makes me angry because we had councillors and MPs here and didn’t have the people who can make the change.”

She added: “I’ve got a lot of hope because we have prominent people speaking out about this. The turnout tonight was fantastic in the middle of December with torrential rain outside. But we still need to do more, this isn’t it, we still need to work on it.”

The GMP has stressed that they “understand the concerns of Citizens UK” and have said that they are “committed to ensuring the safety of women and girls across Greater Manchester”, arguing that the current legislation around sexual offences and violence already helps the GMP protect those who are most vulnerable.

Chief Superintendent Paul Savill, Head of Local Policing and Criminal Justice at GMP, said: “As a police service we are unable to change the law and recognise misogyny as a hate crime. The Ministry of Justice has asked the Law Commission to review hate crime legislation and the Commission has been asked to specifically consider the broadening of strands to include misogyny or gender.

“Unfortunately we had to advise UK Citizens that we were unable to attend the 1000 voices rally on Wednesday 5 December due to other commitments. We are planning to meet with them in the near future to develop how we work together to protect all members of our communities.”