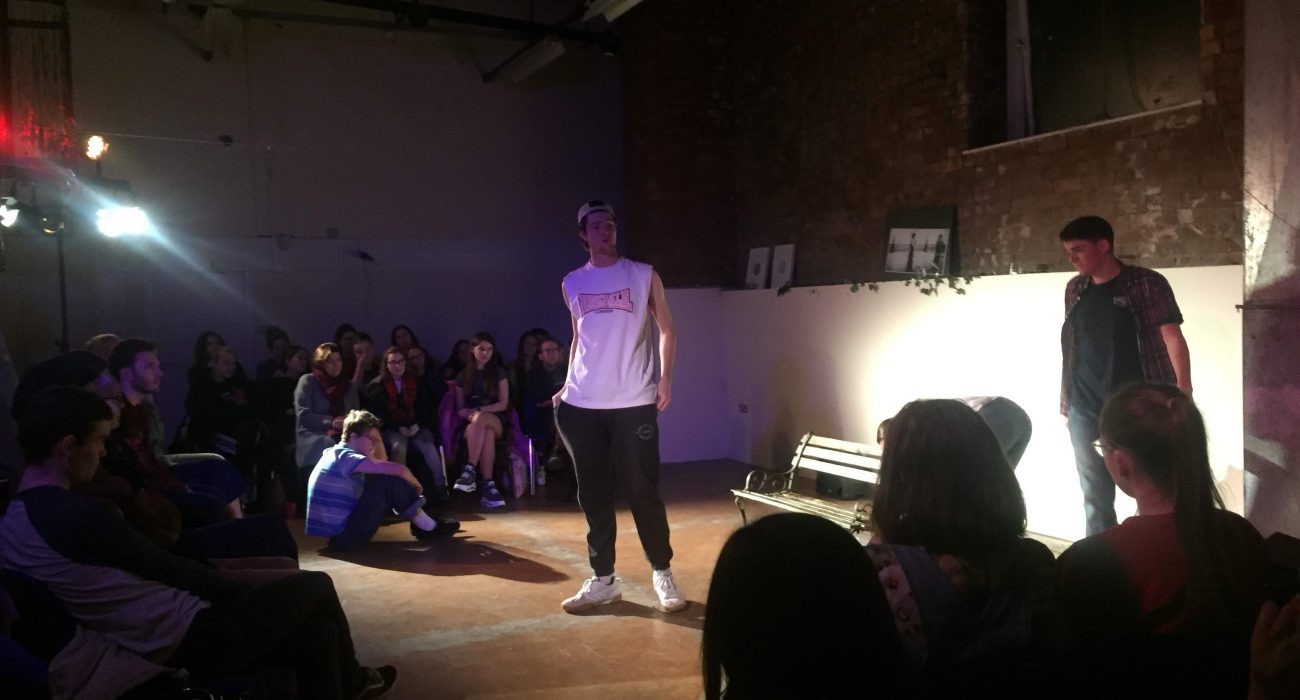 Review: ‘I Caught Crabs in Walberswick’

The pressures of adolescence: GCSEs, pleasing parents, sex, alcohol, and of course, friendships. Grace Johnstone’s adaptation of Joel Horwood’s ‘I Caught Crabs in Walberswick’ captures these emotional experiences and their effects well.

The play follows twenty-four outrageous hours in the lives of teenagers: Fitz (Tom Thacker) and Wheeler (Thomas Muckian). Yet their friendship becomes strained when they meet wild and free-spirited Dani (Ruby Hines) the night before their final GCSE exam. The three are united by their complicated relationships with their parents and their uncertainty about the future.

Sometimes I felt there lacked harmony between the actors, but as individuals the performances were superb. All of the actors gave passionate performances that effectively created emotive and moving characters. The stand-out performer for me was Thacker, who strongly embodied the complicated spirit of young male adolescence. Whilst Thacker’s portrayal of Fitz was very relatable it lacked Muckian’s humour. Together the boys offered a realistic relationship which both amused and moved the audience. I was most affected by their friendship when it had broken apart at the end of the play; when it became clear the boys had fallen out. However, Muckian provided a sense of closure in a touching moment when he etched ‘Wheeler and Fitz’ into his exam desk, immortalising their friendship.

The small stage at NIAMOS Radical Arts & Centre allowed for edgy and creative staging that really added to the performance. In fact I thought this made the feeling of being overwhelmed even stronger. The thrust staging and fast-paced interchange between multiple plots (managed well through the witty narrations of Kate Gabriel and Stanley Myer O’Mulloy) were at times hard to follow, but not unmanageable. This set up mirrored the increasing stress of the characters and helped the audience understand what Fitz, Wheeler, and Dani were going through and also their parents, whose strained relationships are also addressed.

The word that comes to mind overall is charming. From the pun in the title,  the meaningful relationships explored, and a programme printed on a doodled GCSE exam paper. I can happily say that Johnstone’s adaptation was above amateur and a pleasing attempt at tackling challenging themes like adolescence. On the whole, an impressive first solo directorial debut from Johnstone and I am excited to see her and this cast further their talent in productions to come.