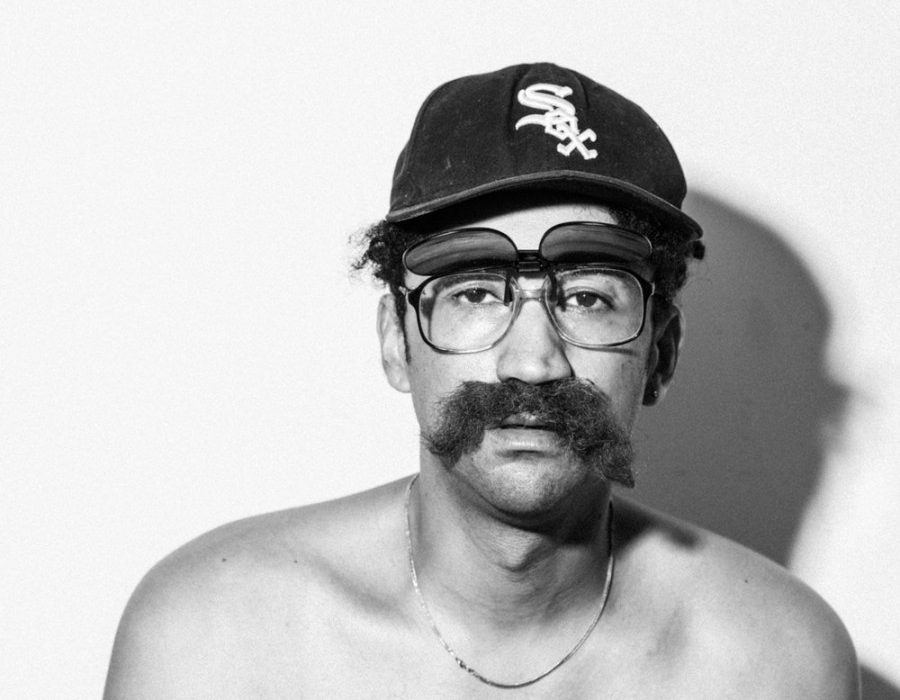 Rapper David Cohn, also known by his stage name Serengeti, has been developing his fictional persona Kenny Dennis since breakout single Dennehy in 2006 over tens of albums spanning classic hip hop, comedy rap, house, disco, R&B, and just about everything in between. Dennis 6e is his newest record and brings a close to the Kenny Dennis story after 12 years, being released simultaneously with a biopic film script that ties all the music together in a clean close.

Dennis 6e is the wrong album to hear if you want to understand this complicated backstory. It’s impossible to give a concise summation of such a gigantic arc but in essence, Kenny is a large moustached Chicagoan who on the surface loves beer, sports, and his wife. Seems simple. As you listen deeper more emerges: The glory days of his 90’s rap crew, his early 2000’s rap tour of Midwestern Malls, his brief stint as joint owner of money laundering laundry Bubbles ‘n’ Fun.

Serengeti I also an expert at the details and seemingly inconsequential stories are inescapable in all the Kenny Dennis LP’s. Smuggling fireworks one time, storming out of his 50th birthday dinner, returning a fog proof mirror, and giving the useless store credit to the boy next in like to buy a shower radio unit. This excruciating level of detail earned Kenny (or KD) a cult status within Chicago and the wider blogosphere as a piece of exciting rap fiction. Open Mike Eagle called his single Dennehy “the national anthem of Chicago”.

As the KD story finally comes to an end on Dennis 6e though, dark themes like alcoholism, addiction, and failure that were hinted at ever so slightly right from the beginning of the saga all come to fruition. It is set at the end of the accompanying screenplay “in a near empty, economy apartment” where “Kenny Dennis (70) sits on the edge of an unmade bed” and we see all the previous bravado of this braggadocios MC pulled away. The accompanying production from Andrew Broder is the perfect fit for this; the beats are stripped back and lonely with an avant-garde arrangement and disoriented often dissonant sounds. The rapping at the end of ‘6e’ sounds like an angry frightened call for help, at the end of ‘Jam’ harsh percussion violently pierces through the mix.

Serengeti’s final KD record is certainly reflective of what underground rap has turned to since the noughties bling-era when Lil Wayne was king. Kenny Dennis was once a vehicle to explore idealised middle-aged Chicago life “Playing softball with the guys/ Wife makes curly fries,” and now stands as a mirror for Serengeti to explore the anxieties of the 2010s. Dennis 6e almost feels like a tribute to all those that modern life has left behind and though it barely flows past a half-hour of run time, it acts as a perfectly jarring conclusion to one of the most well-crafted universes ever seen in rap.