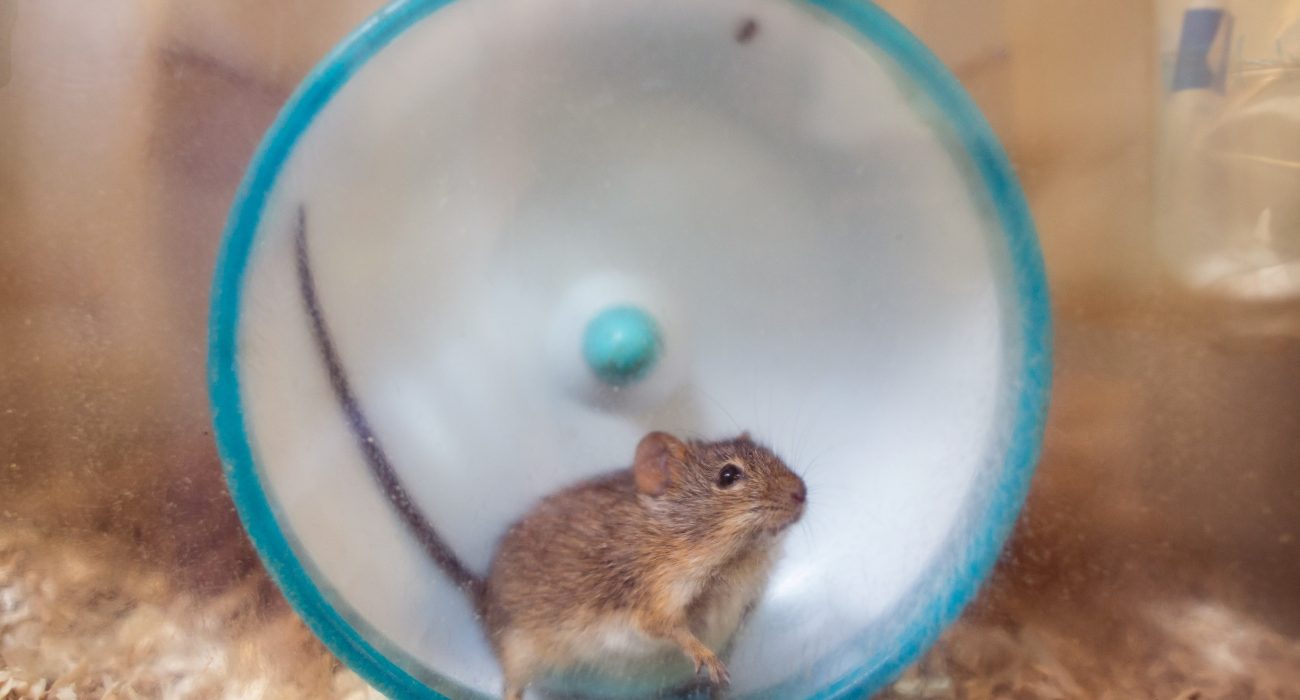 The Animal Research Unit in Manchester claims to be the most open in the UK. Photo: University of Manchester.

Exclusive: Inside the Unit with emus on treadmills

Many of you may know that there’s a unit at University which tests on animals. Some of you may see this as a necessary evil, some may see it a moral abomination, and some may not care. The Mancunion were invited for an exclusive tour of the Animal Research Unit (ARU) at the top of the Stopford building to find out what the real story is.

Before we started the tour, I was first given some background to the ARU. One member of staff believed this ARU was the most open University facility of its kind in the UK, given they have a virtual tour that anyone can view online. The annual cost of running the ARU is approximately £2.2 million, which is funded solely from grant money — no tuition fees go to running the facility.

My guide was Graham Morrissey, Director of the Biological Services Facility (BSF), who’s worked at the University for 40 years, and was keen to reassure me that nothing was off-limits on our tour. He said he’d show me certain rooms of interest, but I was welcome to ask to go into any room we walked past. He was surprised to learn that I don’t have a science background — apparently, one GCSE in Biology isn’t enough to cut it these days — but as a vegetarian, he understood why I had concern for the animals’ welfare.

The first area we visited were the mice, but not just any mice. Mice that were kept in wholly sterile conditions, so no bacteria could enter their systems to affect any experiments which are reliant on certain gut flora not being present.

Not all mice are kept in this way however, and the next few rooms of the tour showcased this: thousands of mice — 27,498 mice were used in procedures in 2017 — were being kept in pet-shop sized cages. They’re kept for a variety of reasons, but Graham assured me that in order to get a project licence from the Home Office, the experiment must aim to use the least sentient creatures that would provide a worthwhile result. As technology has advanced, the need for primates like monkeys has reduced, so much so that the ARU hasn’t kept any monkeys for eight years.

It was in this first third of the tour that I saw perhaps the most spine-tingling sight: a mouse recovering from an operation in which it had had a craniotomy — when a flap of skull is temporarily removed to access the brain — and an injection is administered into its brain. The experiment, I was told, was to aid research in dementia and Alzheimer’s, which makes up a large body of the Unit’s work, alongside cancer research, and the effects of global warming.

The next stop on our tour highlighted that final research field. Graham showed me some shark embryos (dogfish) who were swimming against the current in some tanks (like a fish-treadmill) at different Oxygen temperatures to mimic the impact global warming will have on the world’s oceans. This will provide the Unit insight into how different water temperatures will affect the swimming ability of the sharks as they develop, and thus the survival of the species and their ability to hunt prey.

Following this, I had the chance to chat to Grace Revill, who is researching “maternal exposure to viruses during pregnancy that can alter the brain development of the offspring, with a particular focus on schizophrenia.

“The team I work in use rats and have shown that the offspring whose mothers have been exposed to viral mimics exhibit behavioural deficits similar to schizophrenia symptoms, such as anxiety-related behaviours and problems with cognition.

“We are currently looking at the effect of maternal care on brain development, as we know that in humans early life neglect can also be a risk factor for psychiatric disorders. As everyone in the group is focusing on a distinct part, we’re hoping to build up a comprehensive picture of how prenatal and early postnatal life can affect brain development.

“This is important for understanding how the environment can shape disease, which can help us to understand schizophrenia risk factors and progression, on which scientific and medical knowledge is currently lacking. This could further lead to the identification of interventional therapies.”

When asked why such wild ideas about what truly goes on in the ARU are rampant, Grace identified “historical animal testing, which did not have the governing legislation it has today” as the main problem.

Our final stop were the sheep. The female sheep in Stopford, which I am told are purchased from a farm once they reach the end of their reproductive lifecycle and so would be slaughtered anyway, are fitted with re-conditioned and sterilised pacemakers from bodies held in the morgue downstairs. They then compare the sheep with the pacemakers to those who don’t through various cardio-vascular experiments.

That concluded our tour, and I still had one burning question on my mind, despite the huge amount of help Graham had given me throughout my visit. I’d heard rumours that sometimes ostriches run on treadmills for cardiovascular purposes. Was it hearsay?

When Graham answered, he smiled and calmly replied that it wasn’t ostriches, but sometimes emus are used for cardiovascular disease research, although at the time of my visit no emus were on site.

Having gone into the tour with an open mind, putting aside my concerns for animal welfare, I have to say I left quietly impressed. The strict Home Office legislation requiring a licence for the person conducting the experiment as well as a licence for the procedure itself, coupled with the fact that death can never be considered a viable end goal for a project, means that a huge amount of care is taken with the animals in the ARU.

I asked Grace about how she thought animal research should be viewed more widely.

“A huge misconception is that we don’t need animal testing anymore because we have other technologies that can replace it. By law, animals must not be used in a project if there are other techniques available that will do the same job.

“Animal research is a topic that should be revisited and discussed in order to overturn misconceptions so that opinions are based on factual information.”