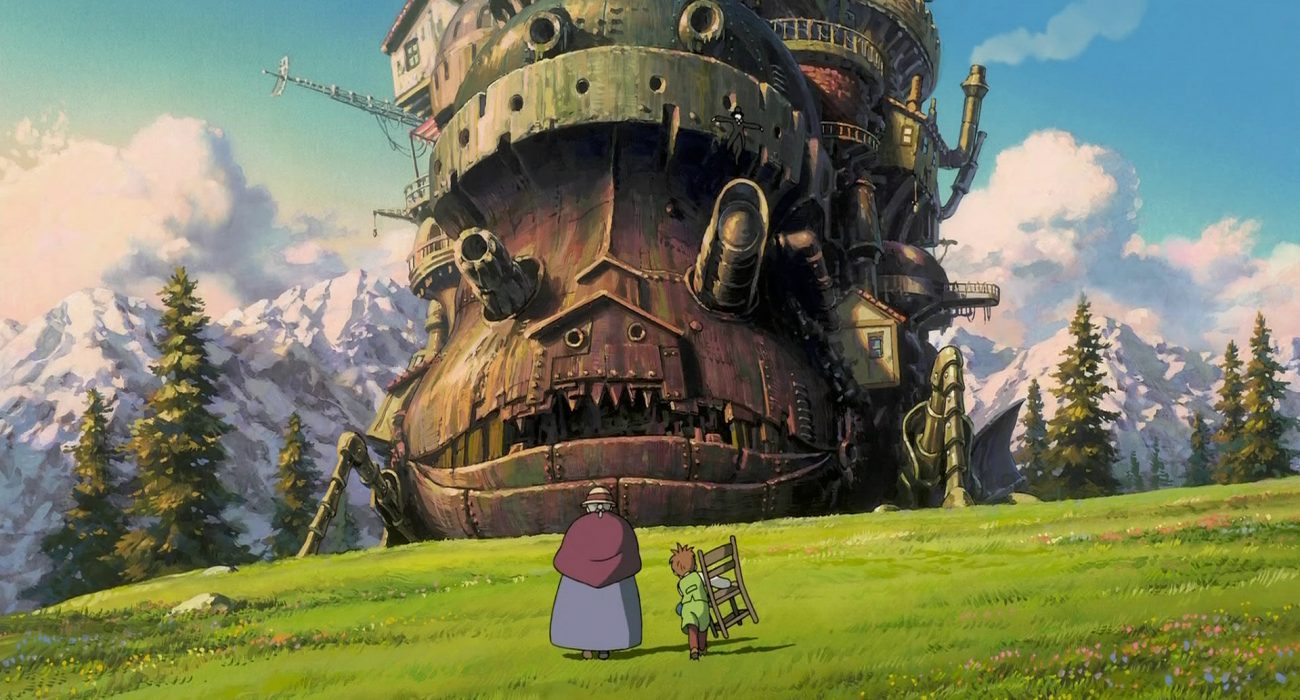 This past week I was offered the pleasure of being able to attend a screening of Hayoa Miyazaki’s 2004 epic, Howl’s Moving Castle at the Odeon in Deansgate. I’d never seen the film before and, sitting in a coffee shop just outside the screen room right now, I can’t think of a better immediate response than to notify all readers of another screening on February 21st at Vue, and implore all of you to book tickets as soon as possible. This is a movie which demands to be seen on the big screen. The sheer scope of the world it creates is immersive enough to make you want to climb into the huge screen and live within it.

The story follows a young girl named Sophie living an uneventful village existence. Tales abound of witches and wizards occupying the outskirts, particularly of the wizard Howl, who wanders the world in a gigantic mobile castle, and the Wicked Witch of the Waste. But after a chance encounter with Howl, Sophie is bitterly transformed into a frail ninety-year-old woman by the Witch. Wanting to find a way to break the curse, she ventures out to the valleys and is swept up by Howl himself, leading them, along with many other colourful characters, on an adventure beyond any wildest dream.

Howl’s Moving Castle looks gorgeous. Anyone who knows Studio Ghibli’s oeuvre knows of the sheer depth of skill that goes into their animation, and this film is no exception. From the opening shot, as a thick mist clears over the mountains and we first see the titular castle hobbling along the landscape, it requires taking a moment to absorb the whole thing. And it doesn’t stop there. Every frame is filled with touches of stunning attention to detail, glueing your eyes to every scene.

Furthermore, Miyazaki’s profound imagination is never wasted on his settings or characters. From a talking flame who eats eggshells to a small storefront which can occupy a space in any village. But perhaps the film’s two most profound scenes involve exploring the setting of Howl’s garden. This location not only makes for a quaint change of pace from the story’s madness, but is an absolute masterclass in Miyazaki’s ability to animate nature. Every blade of grass seems to move with the film, and its use in the later stages develops into one of the most breath-taking sequences of animation ever played in a movie.

But Miyazaki never loses track of his story and characters amongst the sheer size of the thing. He keeps it fairly simple and focused, but with enough twists and turns to the point where you never know what to expect and are always enthralled. I’d encourage anyone to see a Studio Ghibli picture on the big screen whenever the chance comes knocking. But Howl’s Moving Castle is such a magical and perfect piece of art, that I’d implore you to see it in the cinema.