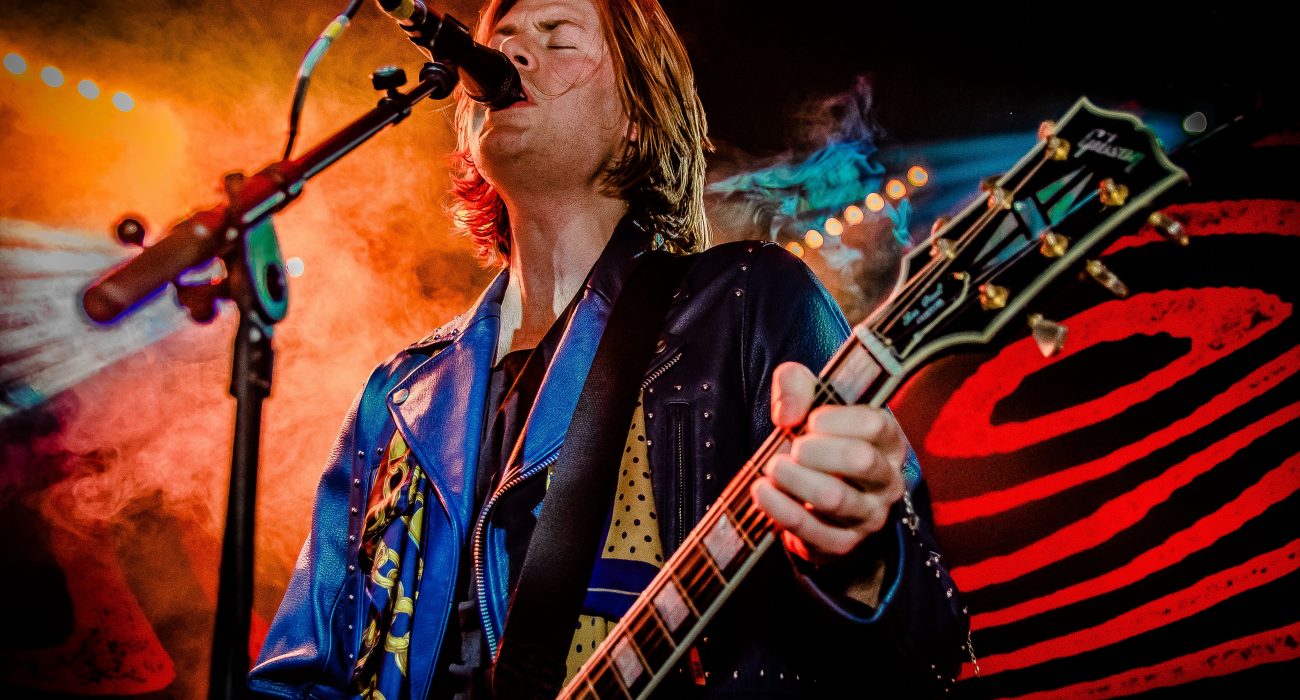 In Greek mythology, the Amazons are a tribe of female warriors who were believed to have existed near the Black Sea, in the land now known as Turkey. However, in the 21stCentury, The Amazons are better known as an indie rock band from Berkshire, and on Saturday night I went down to catch their intimate gig at Jimmy’s in Manchester.

The Amazon’s are back on the UK touring circuit in eager anticipation of the release of their second album. The last time I saw them perform was back at Truck festival in 2016, where the band was playing in the middle of the day to a rather small crowd. Fast forward three years and it is obvious they have made their mark in the UK indie rock scene. It was amazing to see how much they had grown as performers, both in the quality of the music and in their much more mature and confident stage presence. They also had a rather large cluster of fans dancing and moshing by the front of the stage, singing along to every word, and it was nice to see how much their fan base has grown in recent years.

The show began with lead singer Matt Thomson walking through the crowd to get up on stage with a cameraman trailing behind him. This gave an initial air of arrogance which didn’t seem to be too well received by everyone in the crowd. However, this façade very quickly melted away as the band formed on stage and began playing.

As well as playing all their biggest songs, the band also debuted a few new numbers at the gig. It was a slight change of pace as the crowd went from manically jumping around and singing to modestly nodding their heads along to unheard songs. However, their new music sounded pretty promising, and not too dissimilar to their older music. The Amazons have definitely found their sound and sometimes sticking to your roots and playing what you know suits a band perfectly.

The Amazons are a band who should really be playing big venues and headlining festivals by now, and they definitely have what it takes to make it big. However, seeing them play in Jimmy’s was a reminder of just how important small independent venues are in the UK. Seeing such a talented band play a small venue makes being in the audience so special. At one point in the gig, Thomson jumped into the crowd and danced with everyone. It was surprisingly heart-warming to see a lead singer jump into a crowd to dance, rather than onto a crowd to surf it. Small differences like this made it clear that The Amazon’s clearly didn’t care where they played, just as long as they can play for their fans and be with them for an evening.

The only slightly odd part about the gig was the stage setup. The smoke machine was used a lot during the gig; however, the placement of the machine meant that smoke completely engulfed guitarist Chris Alderton and missed the rest of the band. It was slightly distracting with him sporadically disappearing throughout the gig, but I suppose this was just an unfortunate mishap.

The Amazons ended the gig appropriately with their much-loved song ‘Junk Food Forever’, initially released on their debut EP back in 2015. This seemed to be the cherry on top of the cake for the crowd, who at one point were singing louder than Thomson himself.

It’s great to see a talented young band steadily grow and blossom in the indie rock world. Perhaps if The Amazons keep working at it then maybe one day they’ll end up in history books too.