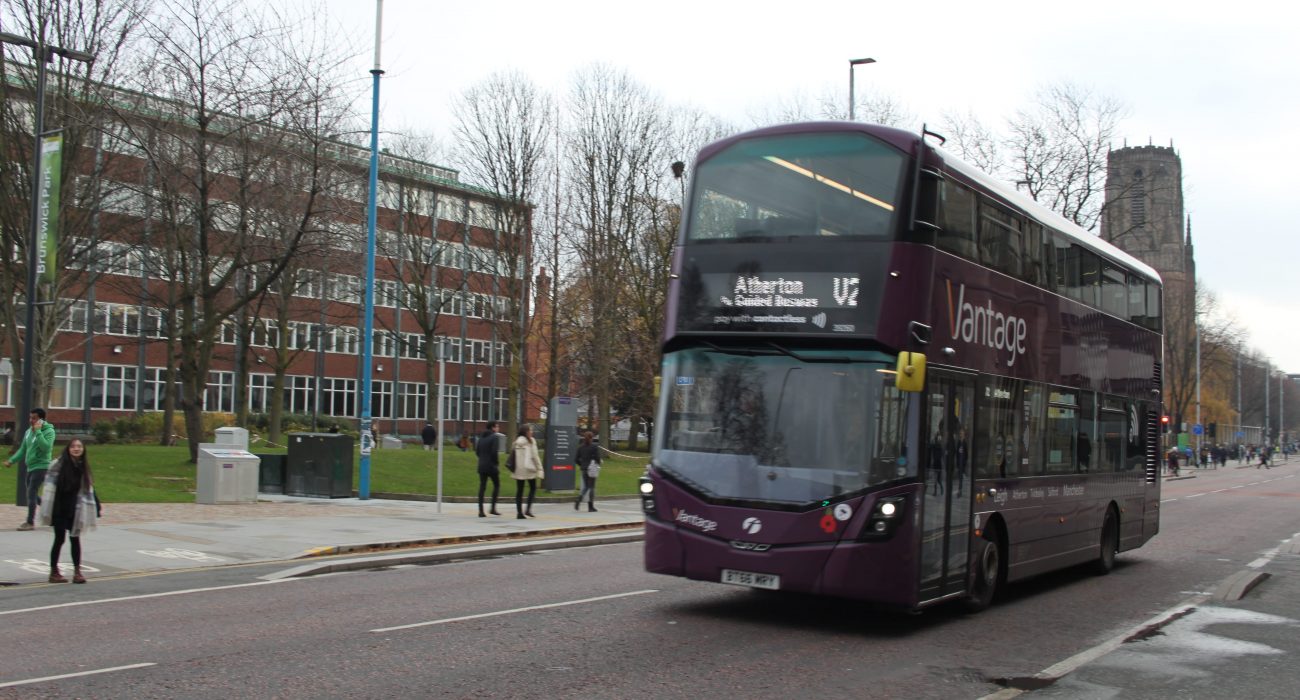 Some of the new electric buses will be used on the Vantage route. Photo: The Mancunion.

23 of the electric buses will be used on the Vantage route and the Manchester free bus network.

Stagecoach Manchester will be given the largest proportion of the funding at £6.9 million.

In August of last year, Stagecoach announced that they planned to use the electric buses on routes servicing the University of Manchester and Manchester Metropolitan University as well as Manchester Airport, six hospitals, the city centre and Piccadilly station. Stagecoach South Manchester recently reported a 14% increase in pre-tax profit.

The electric bus scheme is part of the government’s Ultra-Low Emission Scheme, which will provide £48 million for authorities across England and Wales to purchase low-emission electric buses.

The funds will also be used to build infrastructure, such as electric charging, to support the electric buses.

Emissions from some buses contribute to poor air quality. TFGM are said to be using the scheme to make Manchester’s bus fleet as green as possible.

The air quality index, a measure of air pollution, was measured this week as “moderate” over Oxford Road and Piccadilly.

“Some buses contribute heavily to poor air quality, a problem that affects us all – but in particular the poorest and most vulnerable in society – and which contributes to the equivalent of 1,200 deaths every year in Greater Manchester”

“Buses have an essential role to play in that, which is why we’re working towards having a zero-emission bus fleet – and today’s funding announcement is another step in reaching that ambitious goal.” 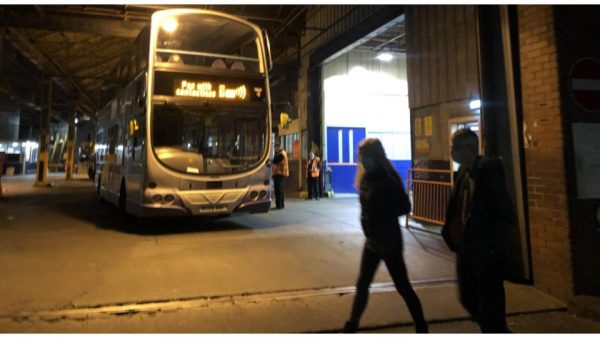 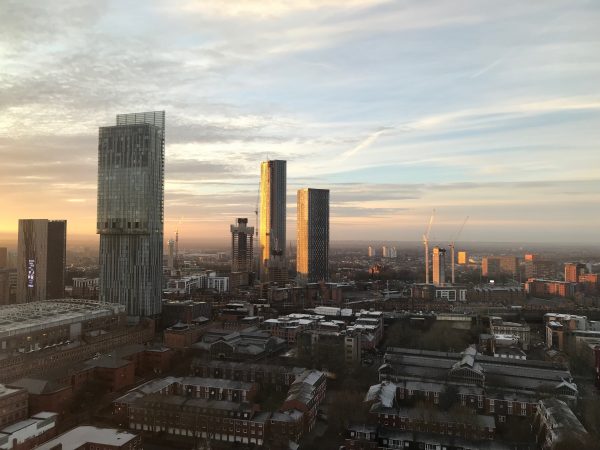