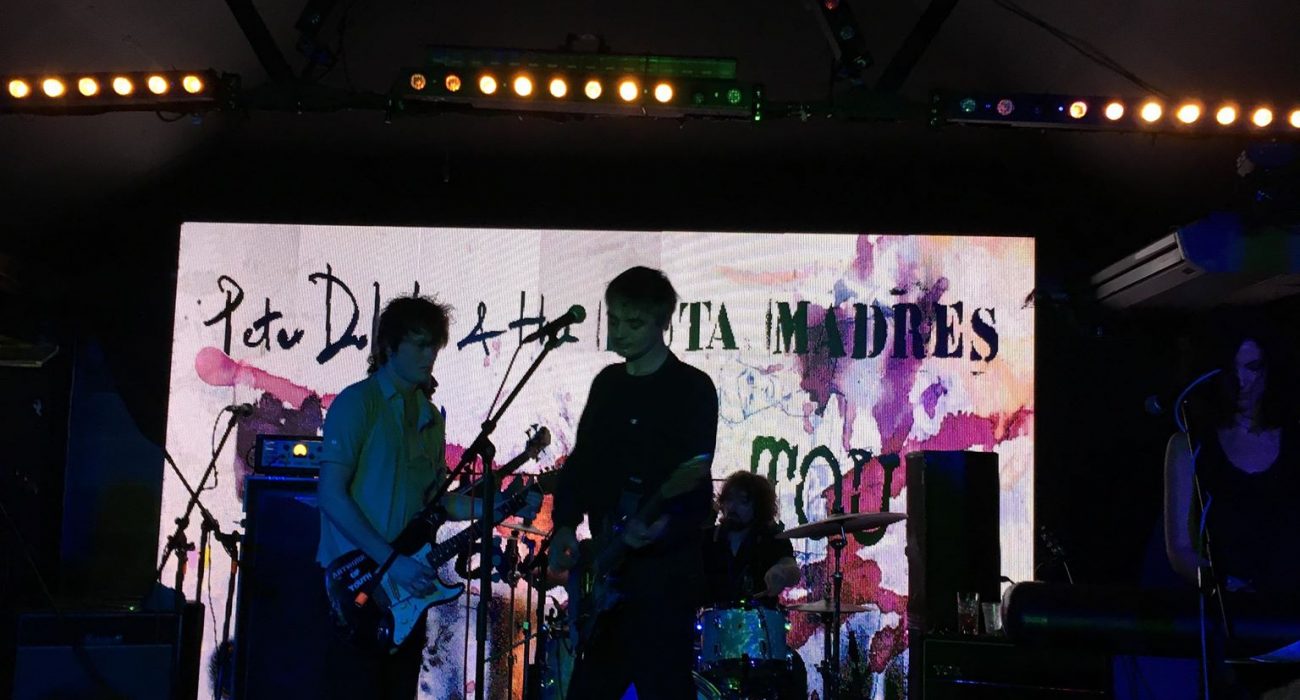 Stopping off at York on Doherty’s 8-date UK tour stretch, the ex-Libertine legend appeared to be greying yet undeniably much healthier and less bloated as he took to the stage with his band The Puta Madres to a crowd of eagerly waiting fans.

The cramped Fibbers in York provided a perfectly intimate space for Doherty and his fellow band members to enthuse his fanbase upon his return with new material. The incessant chanting of “PETE! PETE! PETE!” ensued, even before the impulsive frontman took to the stage. Pete began his set with ‘Hell to Pay at the Gates of Heaven’ from his highly-favoured solo album Hamburg Demonstrations which had been released back in 2016.

The Puta Madres mainly played songs off the band’s new, yet still unreleased album, including hotly-tipped single ‘Who’s Been Having You Over’.  In true Doherty style, it appeared the band often seemed slightly mystified as to what song Pete was going to play next.  However, with it being the first night of the tour playing this particular set, minor issues such as these were only to be expected.  Given Doherty’s track-record, conventional performance is not exactly Pete’s style, and I’m sure fans wouldn’t have expected any less – his own dogs made it to the stage!  In fact, Pete’s well-known tendency to improvise only added to the alluring performance and kept the audience captivated with every movement.

Physically, Pete looked much thinner and cleaner which was refreshing to see.  As Pete and now-girlfriend, Katia de Vidas, performed together, occasional doting glances were shared displaying their love for each other, and this was not the only connection made that night…  Perhaps it was the proximity of Valentine’s Day, or Pete’s evocative songs and performance that led one member of the audience to ask her boyfriend to marry her at the gig.  As she went down upon one knee on the stage, he said yes (to everyone’s relief!), and Pete dedicated ‘For Lovers’ to the happy couple following the proposal.

‘You’re My Waterloo’  had to be the highlight of the night, perhaps most of all because it was one of the few songs I knew due to the sheer amount of new material Pete played. Admittedly, this did mean the crowd was restricted to how involved they could be. Regardless, the song was well-delivered, is lyrically beautiful, and reminded me of the pleasures of hearing one of your favourite songs live and not just through headphones. Towards the end of the set, the band played ‘Fuck Forever’ by the Babyshambles.  This was undoubtedly the crowd pleaser of the night and a boisterous mosh pit soon formed.  It seemed like this was the moment lots of the crowd had been waiting for, and perhaps for many there, it was the more upbeat songs such as this that they wanted to hear.

It would have been nice to hear more familiar songs such as those by the Libertines, yet at the same time, it was stimulating to hear new music by Pete Doherty.  Pete could easily entertain crowd after crowd with a Libertines dominated setlist, but instead, chose to venture down various avenues, from the Babyshambles to his solo career to his most recent musical pursuit, Pete Doherty & The Puta Madres, which appears to be a promising one.