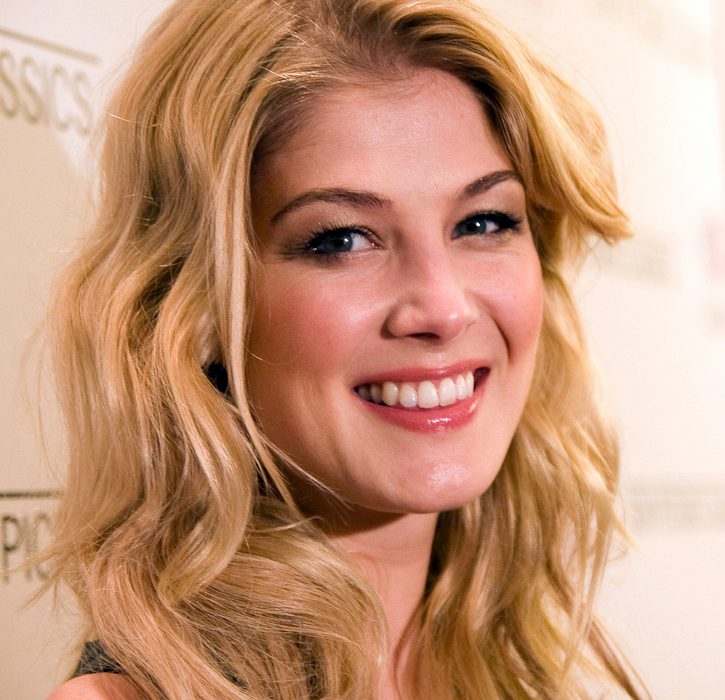 Going in to the film, most of us will know A Private War follows the journalist Marie Colvin as she was killed whilst covering the Syrian Civil War. What most of us don’t know, however, is the anguish Colvin experienced in her pursuit of exposing atrocious truths that were hidden from the world. The film explores her career and personal life, with her words “I see it so you don’t have to” ringing in the audience’s ears.

The film is eerily cyclical, beginning and ending in Homs, Syria in 2011, with the real voice of Colvin echoing as the camera pans over the hazy war zone. The 10-year jump back in time creates an ominous countdown until Homs, as the film chronologically navigates various foreign tragedies Colvin (Rosamund Pike) visited. The back and forth between London and foreign tragedies succeeds in gently revealing Colvin’s addiction to her adrenaline-fuelled work, while also stressing the lasting effects such experiences had on her personal life. As one of her companions in the film says, Colvin saw “more than most soldiers”.

Flashbacks are used throughout as a representation of the PTSD Colvin experienced during her career. There are harrowing scenes of deformed and bloodied bodies interspersed with scenes of heavy drinking, breathing, smoking, and sex, all to create the frantic coping mechanisms of her PTSD. It also reinforces how this fuelled her work; amidst all of this chaos, she continued writing her front page articles for The Sunday Times. However, it would have been useful to show more of Colvin’s relationships with friends and colleagues, as the film brushes over opportunities of further character development in exchange for moving the story along.

The complexity of her character is gradually unveiled throughout the film, and Pike plays this superbly. She not only captures the fearlessness in Colvin, witnessed when she interrogates Colonel Gadaffi, but her vulnerability too. In a sincere scene with her personal photographer (Jamie Dornan), Colvin reveals her desire to have had children and a normal life. While Dornan’s performance is solid, Pike brings energy to her role, not just in speech but in physical embodiment, which is captivating. Tom Hollander, who plays the foreign editor Sean Ryan, also gives a nuanced, and at times impassioned, performance, which serves a powerful purpose of highlighting the dispensability of Colvin’s wellbeing for greater newspaper circulation.

There are times when director Matthew Heineman, previously a documentary maker, attempts to fuse documentary style to feature film, with hasty and crude camera work, and it doesn’t quite work. It creates a realism and sense of breaking the fourth wall that disrupts the film’s flow. Having said that, when Colvin interviews Syrian civilians, the intimate focus on the subjects forges an intensity which perfectly reflects their situation.

If there was one takeaway from this artistic dedication to the extraordinary life of Marie Colvin, it is that uncovering true human stories was not her job, but a way of life.