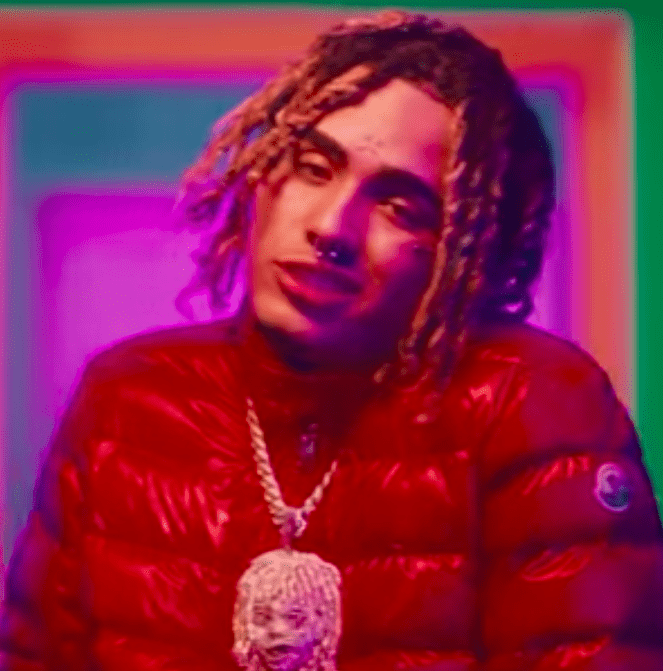 After bursting onto the scene in late 2016, Lil Pump has become somewhat of an embodiment of modern rap- birthed from memes and viral moments until all of a sudden, he manoeuvred into real success, climbing the charts and racking up hundreds of millions of streams. Over a year since first being announced, Pump’s sophomore album Harverd Dropout finally sees the light of day.

However, Harverd Dropout feels like forced fun. The beats sound too polished and once the novelty wears off, Lil Pump’s shtick begins to wear thin. For an artist so concerned with the “now”, Dropout ironically feels stale. Tellingly it’s a bad omen that the title is based on a meme which circulated over a year ago (which Pump should know is basically a lifetime in internet years.) A few fun moments and hit singles make this album bound for streaming success, but ultimately a forgettable project.

Lil Pump has become synonymous with “Soundcloud Rap” — which needs no further introduction as it has dominated your timeline as well as the charts for the past few years. The fashion, drugs, and overall recklessness of this loose scene have in recent years led to a slew of think pieces comparing Soundcloud Rap to Punk. Whilst these takes feel trite now, it is worth noting that as Hip-Hop has replaced Rock as music’s most consumed genre, these artists seem to fill a similar stylistic and cultural position by pushing boundaries and pissing off older generations.

Yet unfortunately, Dropout doesn’t feel particularly innovative or edgy. Quite the contrary — it feels sterile. A variety of beats from different producers could have given depth to the album, as the formula of bouncy synths, snappy drums, and 808s quickly becomes tiresome, such as on ‘Eskeetit’, ‘Who Dat’, and ‘Drug Addicts’. Similarly, several songs feature a familiar distorted 808 which sounded unique on ‘D Rose’ back in 2017 but now sounds recycled and boring. ‘Drop Out’, ‘Nuh Uh’, ‘ION’, ‘Multi-Millionaire’, and ‘Too Much Ice’ all use this and you can’t help but feel Pump has artistically painted himself into a corner.

Yet there are a few good moments on this album and Pump’s dedication to the party is somewhat admirable. Pump never explores the darker side of wealth and drugs that artists like Future and the Weeknd revel in — actually it doesn’t seem to faze Pump in the slightest. “Whole gang full of drug addicts,” Pump gleefully raps on the aptly titled ‘Drug Addicts’. Unfortunately, Pump’s lifestyle will one day take its toll, but at least he’s enjoying himself for now and we don’t have to sit through a moody introspective Lil Pump track quite yet.

There are flashes of Pump’s charisma here too. On ‘Off White’ Pump raps in different registers and switches up his flow a few times which is welcomed, and the menacing but playful ‘Vroom Vroom Vroom’ has the most annoyingly satisfying hook imaginable. These songs are obnoxious, loud and under 2 minutes. In small doses Pump’s energy is infectious but over 16 tracks it’s numbing. At least Pump can still rap something ridiculous, forcing you to crack a smile. On ‘ION’ Pump raps “left wrist cost a Bentley coupe/drop ten Xans in Wonton soup,” conjuring the absurd image of Pump eating a cereal-like concoction of Xanax and soup — which is pretty funny I guess. Yet these few moments of fun drown in endless cups of lean and relentless misogyny.

Harverd Dropout feels calculated, the presence of a major label is definitely felt. For example, the features feel less like organic collaborations and more like an eager attempt by a record label to market Pump as an upper echelon rapper. Almost all of the featured artists are significantly older than Pump and sound out of place in his world. Kanye, Lil Wayne, and YG featuring on this album doesn’t really do much for anyone involved.

Cramming in features and songs on an album has become the norm in the streaming era, and unsurprisingly these bloated albums often don’t result in better music — Harverd Dropout being the latest example of this. That being said, I wouldn’t be surprised if it goes triple platinum in the next few days.