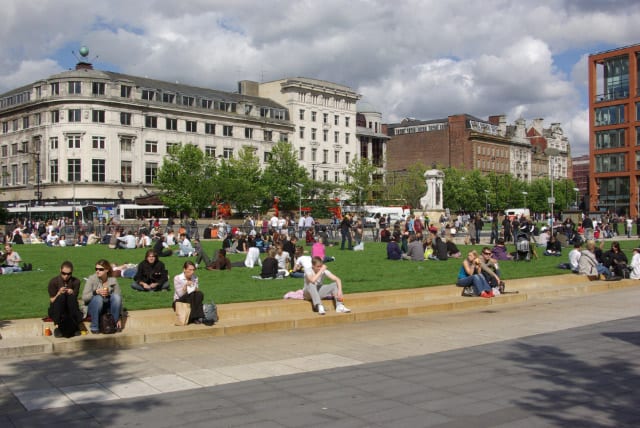 Concerns have been raised about the deteriorating condition of Manchester’s Piccadilly Gardens, despite the council promising an overhaul in 2017.

A damning ‘special report’ published by Manchester Evening News has argued that in recent weeks the Gardens have been as “bad as they’ve ever been.”

The article describes the area as a “hotbed of violence, drink and drug abuse in the heart of the city centre.”

Last week, two stabbings occurred near Piccadilly Gardens in one night, just a few hours apart and there are often reports of violence and anti-social behaviour in the area. Last year it was revealed that knife crime in Manchester city had gone up by 34 per cent.

According to the report, ‘sweeps’ are often carried out in Piccadilly Gardens to find weapons scattered around the area.

The report also notes that the area has become a “magnet for social problems” with increased numbers of homelessness in Piccadilly gardens. Homelessness is often visible for passers-by in the city centre, sometimes on drugs including spice, heroin and crack cocaine.

Meanwhile, Place North West is reporting that Manchester City Council is developing fresh proposals for the revamp of Piccadilly Gardens. This comes after existed proposals which proposed 2 million pounds of improvements for the area were withdrawn.