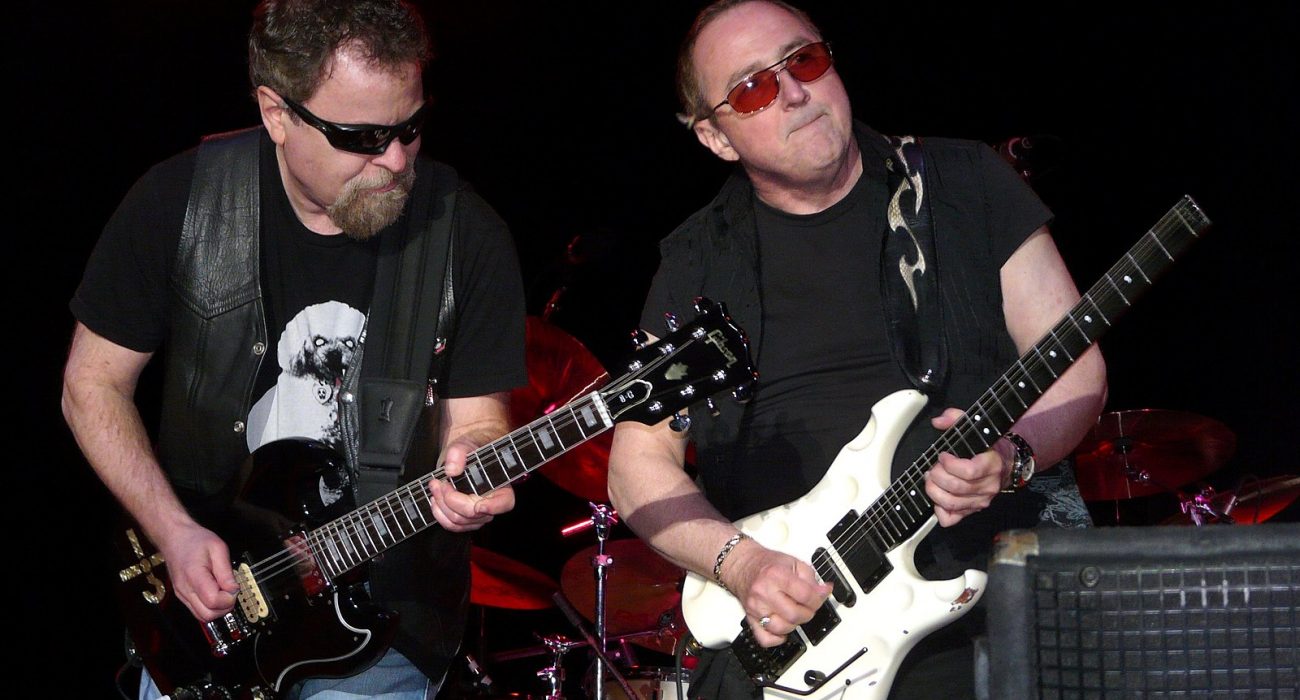 “We’re gonna play until they kick us out,” Eric Bloom declares to a sea of bald heads and leather jackets, arguably the predominant demographic of people I encountered at Blue Öyster Cult’s performance in Manchester Academy. Being the final date on the UK stretch of their year-long tour, an air of anticipation filled the room as I arrived just five minutes before their set began. Indeed, I was definitely as excited as the boomers were due to the Cult’s legendary status within rock history.

However, the fear that the Cult’s performance would come across as an imitation of their former selves no doubt plagued my mind. The band have been going since 1967 with Buck Darmer and Eric Bloom now being in their early 70s: Is this tour a quick cash grab or a genuine celebration of the band’s legacy?

Opening the set with ‘Transmaniacon MC’, I felt my fears come to fruition ever so slightly; the performance was certainly tight and virtuosic, but part of it felt a little flat and lacking in energy.

Despite this, once the Cult reached their third song ‘Career of Evil’, they had overcome this initial blip and were completely in their element. Delivering a groovy hard rock number tinged with electric organs, it felt as though the band were playing exactly as they had done their entire career. Following on from this was Cult hit ‘Burnin’ For You’, an empowering number whose atmosphere was bolstered by the crowd singing along to the chorus definitely one of the night’s highlights.

The Cult’s set brought much variety, with songs such as ‘Dancin’ in the Ruins’ containing melodic vocals and roaring riffs that yet again had the whole crowd singing along. ‘The Vigil and Buck’s Boogie’ brought extended jams and solos; a refreshing throwback to the glory of late 20th century guitar rock that reinforced the band’s status as rock legends. ‘Then Came the Last Days of May’ was a psychedelic ballad that embodied the more ambient side of the Cult. Echoing the sounds of Pink Floyd, this song simultaneously revealed the diversity of the band’s repertoire, and their tightness in performance.

The final track of the encore, ‘Cities on Flame With Rock and Roll’, served as what I interpreted as the Cult’s mission statement, delivering a finale that proved that the Cult still and always have been one of America’s most iconic rock bands.

Indeed, I initially found the absence of a grandiose light show and stage performance a little unfitting at first. However, I soon came to the realisation that the stagnant colour-changing lights crafted a sense of intimacy with the band, creating the illusion that myself and the crowd were watching them in some dingy venue in New York. Following on from that, the band proceeded to thank the entire stage, sound and light crew by name at the end of the performance, revealing how humble they truly are despite their prestige.

After an initial slow start, Blue Öyster Cult proved that they are an amalgamation of virtuosos, humbled men, and yet still very much icons of American rock. The set was intimate and minimalistic, giving the impression that they are a band who are extremely humble about their success; ultimately, this was a refreshing performance from a band who simply love what they do.