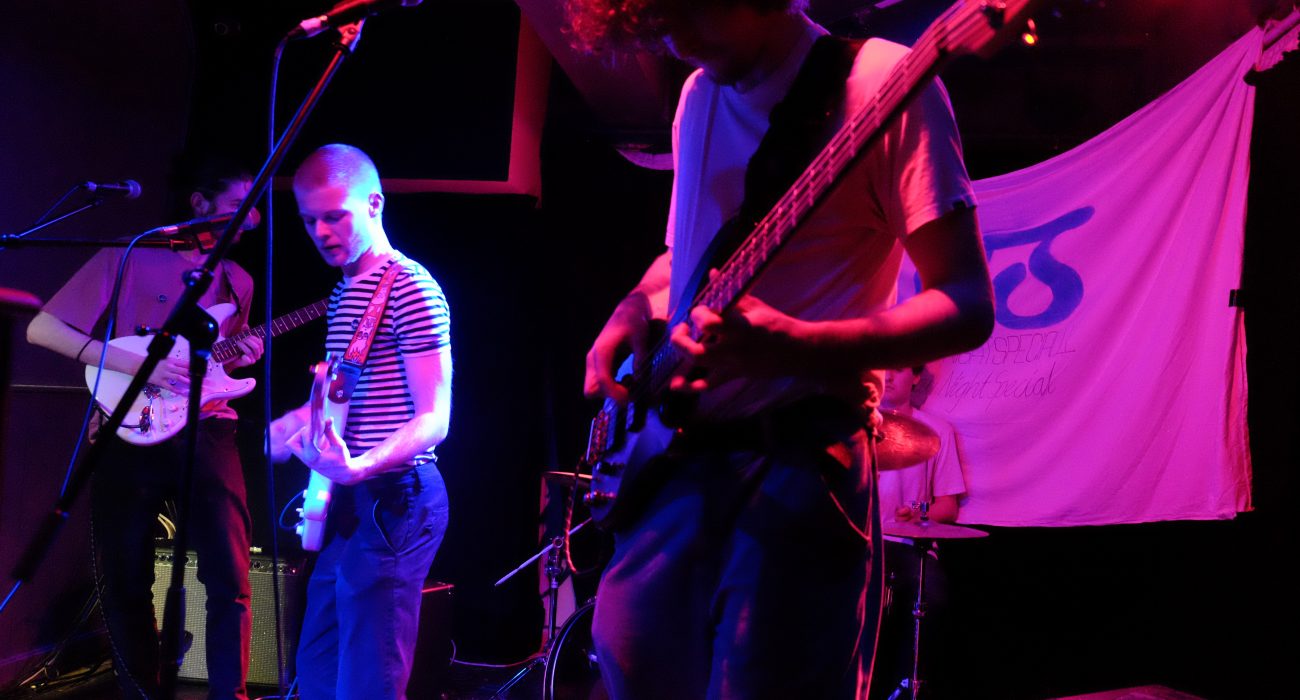 Last Thursday night was quite the set up for an intimate evening of live music showcasing what Manchester’s student music scene currently has to offer. With four acts running up to the night’s headliner’s Monday Night Special, there was certainly something for everyone.

Although hosted in perhaps one of Manchester’s more humble and lesser known venues, the Retro bar aptly offered a grassroot and raw setting for Inhalers, In Pink, Stray One, A Pint with Bill & MNS to perform. The range of genres, personas, and instrumental ability made for an exciting and diverse evening filled with an eclectic mix of influences.

Manchester-born indie duo, Stray One instilled a rush of teenage angst yet with a more mature outlook. Frontman Jay Plent kicked off their first track which has sonic similarities to that of U2 and The Temper Trap but soon had me second guessing when the band’s soundscape morphed into heavier and more pop-punk led riffs as their set progressed. Their most recent single ‘Remembering in Colour’ – now on Spotify – is led by a beautiful and tranquil piano introduction revealing a greater range in instrumental layers of the band’s sound.

Stray One were starkly contrasted with a three-piece band, A Pint with Bill. Bold, brash, and boisterous are the three adjectives I’d use to describe this band. I’ve used these so I don’t have to attempt to pinpoint their genre because quite simply, I have no clue. Incorporating influences of hip hop, jazz, and R&B, A Pint with Bill were certainly eye-catching. I remain unsure as to whether they’re having an identity crisis or just that they’re truly embracing the creative process, and revelling in non-conformality – either way, it was entertaining.

Finishing off the night at Retro was headline act Monday Night Special. This flashy four-piece greeted their audience with a surprising and animated rendition of Dick Dale’s ‘Misirlou’. Lead guitarist Edoardo Fusi launched straight into the track’s iconic opening riff and was sharply followed by his string counterparts Jake Searle on bass and frontman/rhythm guitarist Oscar Cloud. Drummer Alex Bell matched the trio’s vitality with each pound of his drum as he reeled on the edge of his seat.

Despite being formed for a mere three months in Manchester’s student hotspot, Fallowfield, Monday Night Special have profound confidence which was illustrated with the ease they showed while performing. The fast-paced, lively and warm presence they held was soon mirrored by the audience who were dancing throughout their entire set.

Monday Night Special’s setlist was rooted in original material and bloomed with hit cover’s such as ‘Dancing in the Moonlight’ and ‘Stand by Me’ which they try to shake up with each performance. The band’s ability to move seamlessly between songs was refreshing for the evening as they humbled themselves with idle chit chat in between tracks. Although these raw interludes reminded us that they are still very much a student band, the band proved themselves to be ones to watch, oozing potential.

Monday Night Special have recently returned back to the studio but be sure to catch them on their next string of dates around the University’s campus.