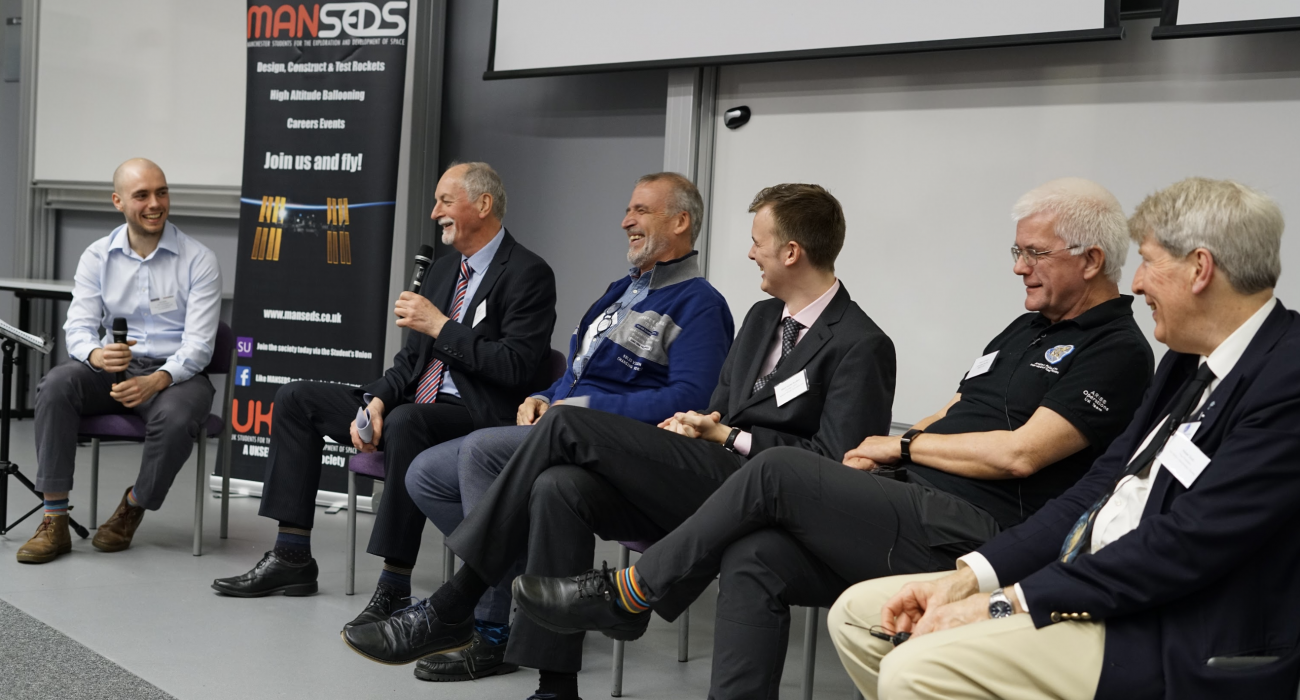 ManSEDS (Manchester Students for Exploration and Development of Space) organised their annual Innovation in Space Festival last month in hopes of bringing the exciting prospects of a career in space to students at the University. The event was a combination of presentations by guest speakers as well as an exhibition of emerging technologies such as the FossaSat-1 PocketQube, a miniaturised satellite.

The ManSEDS festival aimed to connect industry leaders, academics, and students with a common interest in science and space. One of the speakers was Bob Morris, the Chairman of the Northern Space Consortium, who spoke largely about the development of UK space industry (which is a mix between commercial enterprise like Virgin Galactic, a US company within the British-based Virgin Group, and a national space programme that encompasses close cooperation with the European Space Agency). “It has been a massive expansion for space industry. If you’re thinking of getting into this, it never been a better time to get into the space industry.”

The modern space industry, dubbed ‘New Space’, has seen a massive rise in private aerospace companies. New Space is projected to be one of the most lucrative industries globally, and its rise has paralleled increased government expenditure in space programs in places like China and India. Private enterprises have taken on the challenge of tackling many modern issues like cleaning up space debris, mining asteroids for rare minerals, making spaceflight cheaper and more accessible etc.

Just last year, £2.3 billion went into financing private space companies – the two largest being startups launching rockets and creating satellite networks. One of the speakers, Mitch Hunter-Scullion, CEO and founder of Asteroid Mining Corporation, remarked, “If you look at start-ups, there’s basically a dip around three-year period where most start-ups failed. We’re quite fortunate to have made it past that period.”

Though the involvement of commercial interests in space may arise in challenges like drafting comprehensive regulation, many welcome the rise of New Space as it gives more opportunities for a new generation of students be involved in innovating the technologies that will drive the industry forward.

In between presentations, event-goers were encouraged to explore the exhibition space which hosted pocket sized satellites and novel materials used in spacecraft. Material science has become a huge part of the University’s research output, with the recent construction of the Graphene Engineering Innovation Centre. In fact, the Graphene Centre displayed a graphene-enhanced reinforced panel used for constructing mini satellites.

Both the traditional, research-orientated and profit-motivated landscapes of space exploration are changing. In this dynamic time, space proves to be an exciting and diverse industry to build a career upon. If you are interested, ManSEDS also does other projects throughout the year targeted for students, which are titled: Rovers, Rocketry, CanSat and High-Altitude Balloons.