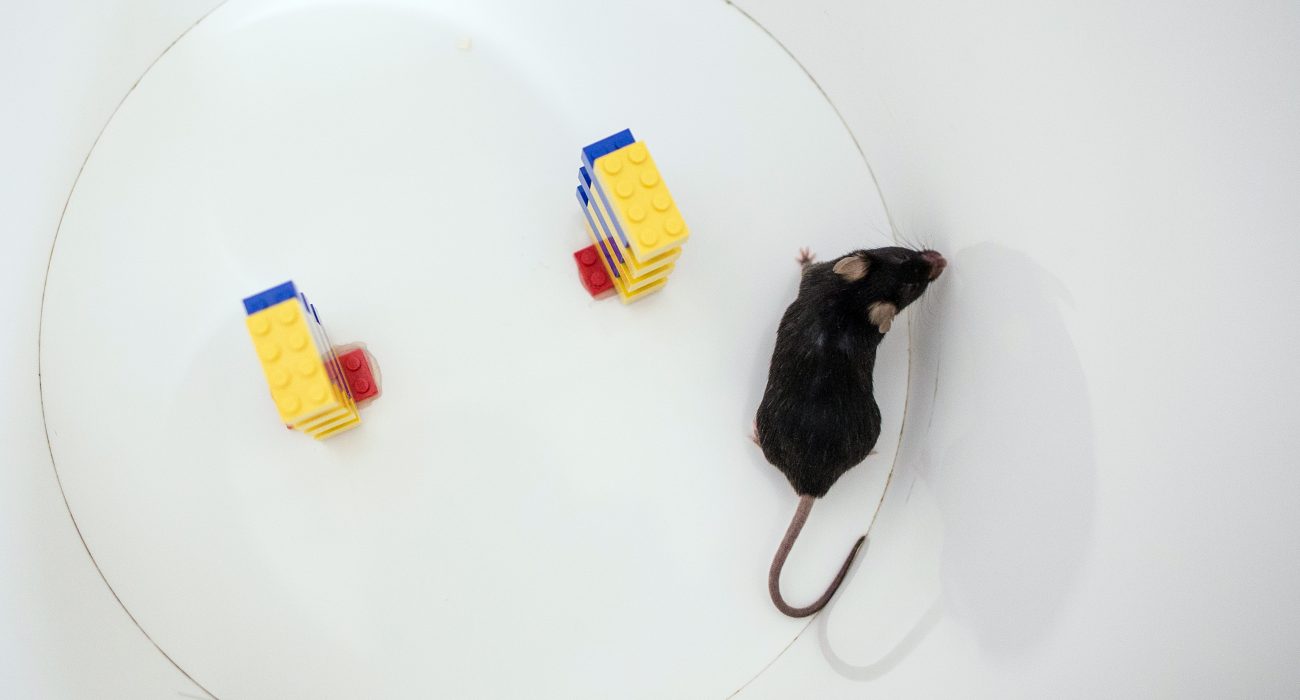 Mice in the lab. Photo: University of Manchester.

‘The greater good’: The ethics of animal testing in scientific research

Animal testing is often a controversial and emotionally-charged subject. It’s a mental space that people almost never encounter in their day-to-day lives: that animals, which are sentient and can feel pain, are being instrumentalised at a scale of approximately 4 million animals per annum in the UK alone. This mental space is made even more alien when it’s shaped by the extreme images of animal suffering that we interact with on social media or activism campaigns.

In this light, it is difficult to understand or appreciate what, if any, research would be worth inflicting this much prolonged suffering onto another living being. It is hard to reconcile with the moral thinking that govern our everyday lives.

Because the concepts are so foreign – even for those who do science degrees – it’s sometime easy to take a polarised stance such as “let’s completely banning animal research”. However, before taking a position, we should explore the animal testing that goes on closest to us first.

If you walk behind keycard-secured doors in the Biological Science Facility in the Stopford Building, you’ll arrive at their animal testing unit. After putting on scrubs, I was toured around their various divisions by Graham Morrissey, the Direstor of the Biological Science Facility. He guided me through the many rooms that houses zebrafish, dogfish, sheep, rats, mice, frogs, and lizards.

Each animal is used for specific traits that makes them indispensable to different areas of research: Dogfish are used to study how water temperature affects their development and behaviour; sheep are used to study heart disease; and rats and mice are used to study processes like brain surgery, the activity of parasites, and mental disorders such as schizophrenia.

All these animals are used by licensed researchers who were able to prove that animal testing could not be substituted by in-vitro (in the glass) methods or computer simulations. They also had to show that the number of animals they would use were minimised, and that steps would be taken to mitigate their suffering (e.g. with the provision of painkillers). These requirements are known as the 3R’s: Replacement, reduction, and refinement. Their application was be approved by a committee of scientists, statisticians, animal technicians, and laymen that would assess its strength for scientific and ethical rigour.

However, it should be noted that much debate still remains regarding the adequacy of the 3R’s, and whether they fully capture important ethical concepts. Throughout the tour, I experienced a feeling of discord that I cannot fully articulate. Graham would show me elements in the animals’ enclosures that would ‘enrich’ their lives. I saw sheep with shaved chests and mechanical hearts that would kill them, scratching against a wooden pole; mice with stitches still visible on their heads, running through toilet rolls; pigs squinting after major eye surgery, squealing in delight as they take a bath.

Retrospectively, those pieces of enrichment seemed like sticking plasters over a more uncomfortable truth: That animals, unlike human beings, are secondary to the scientific question. And perhaps, it is for this reason that there has been yearly increases of lab animals being used despite the slow development of other alternative methods.

The necessity of such techniques was advocated by a senior researcher at the facility. The studies that were being produced could one day save hundreds upon thousands of human lives, and even benefit animals outside of cages through an increased understanding of their behaviour and how can be impacted by phenomena like climate change. A consistent theme was that the complexity of a live organism is needed for accurate testing, that computer simulations or in-vitro methods will never be as intricate as the dynamic systems of an organic body.

At times, the tone with which the researcher approached the subject was radically different. He even seemed exasperated with the UK’s sometimes obstructive regulations that delay responsive research, but it’d be too simple to assume that the interests of scientists and the animals they work with are always diametrically opposed.

Dr Robert Kirk, a historian at the University, has written on how the increased standards of sanitation in animal testing produced more resilient and healthy test subjects: “There is a balance to be struck between the needs of a given scientific procedure and the welfare of animals used within that procedure. One could see the needs of science and those of animal welfare as being in tension in the sense that they are connected and need to be managed. However, they are not necessarily in opposition or in conflict.”

The tension between scientific inquiry and animal welfare is not an easy one to mediate. However, Kirk says it is important: “Managing this tension appears as a core driver of change responsible for improvements in experimental technique as well as improvements in animal welfare… As a lay person, as a member of the public, I feel I should be as informed as I need to be in order to critically understand the role animals have played in making the world I inhabit.”

Our attitudes towards animals are always fluid as we learn more about their internal lives and our interactions with them in an ecosystem much larger than our own. In these dynamic ethical boundaries, it is critical that the public always be aware and reflect upon what constitutes humane behaviour, and what trade-offs we are willing to make.

If you would like to learn more about animal testing in Stopford, visit their website where you can take a virtual tour of their facilities.