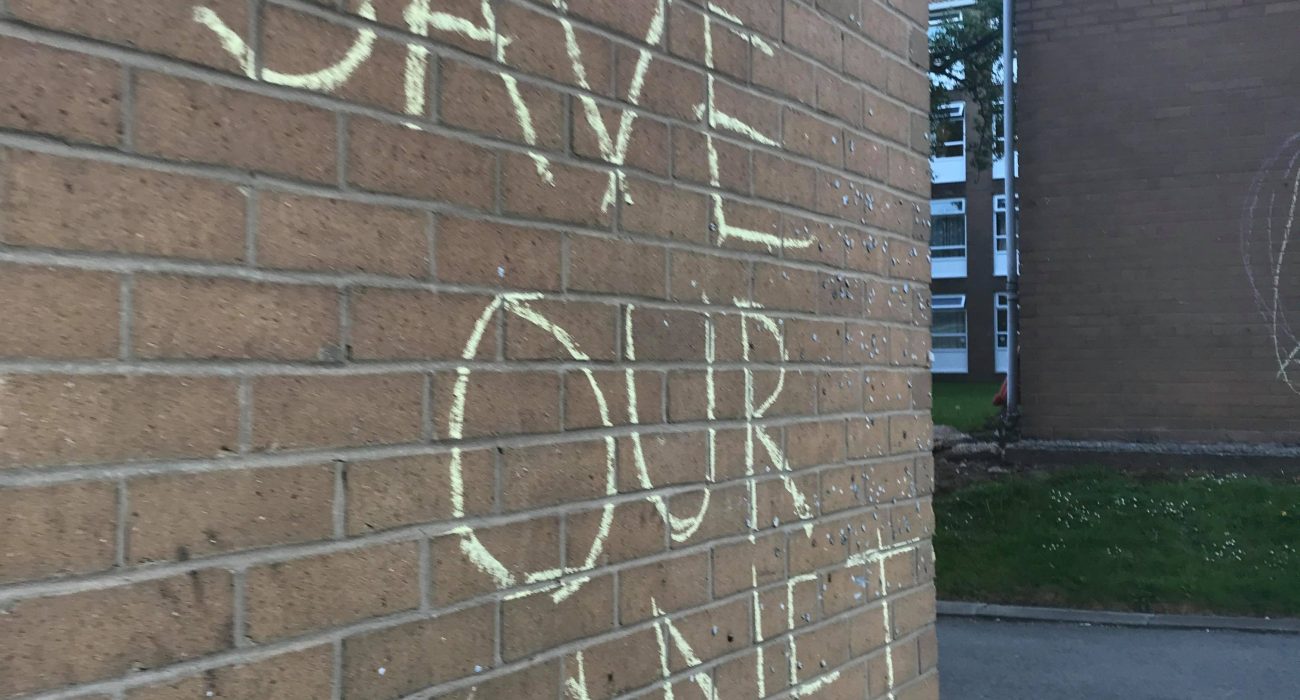 Save Our Planet graffiti in Oak House, May 2019. Photo: Josh Sandiford.

Fallowfield students have woken up to Extinction Rebellion (XR) graffiti at Oak House this morning.

The messages, which have since been removed by University staff, encouraged students to join the climate activist group, which recently brought parts of central London to a standstill.

Their demands include the Government to make the UK carbon-free by 2025.

Oscar Thorpe, an Oak House resident and also a recent recruit of the movement, was involved in the direct action in London, and said “many were inspired by how XR managed to bring climate change back into the public discourse”.

“This is a great way of breaking the student bubble and showing that we love and care for this planet and the people living on it.”

The chalk messages also called on the University to divest from fossil fuel companies, with a Mancunion investigation revealing the University had almost £10 million invested in firms such as BG Group, BP, Royal Dutch Shell, Imperial Oil, REPSOL, Rio Tinto, and Exxon Mobil. 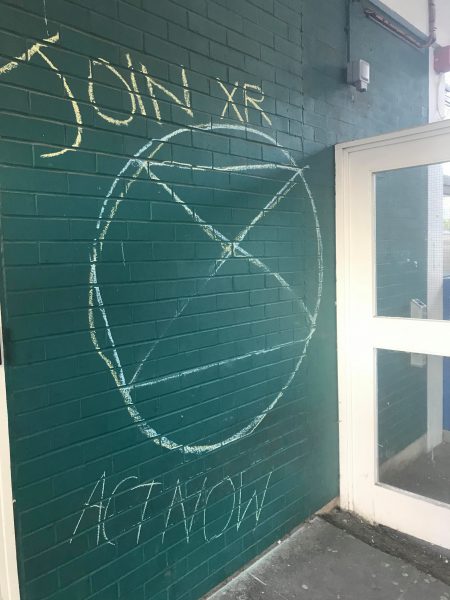 On April Fools’ day, the group performed a similar stunt on Main Campus, with the University quickly cleaning and quashing the protest due to “one swear word”, according to Students’ Union (SU) Activities Officer Lizzy Haughton – a member of the group.

Haughton has been arrested for “wilfully obstructing the highway” at a previous protest in November 2018.

The graffiti also pleaded students to ‘Save Our Planet’, and to ‘Boycott Barclays’ – which was scrawled next to the Owens Park cash machine. 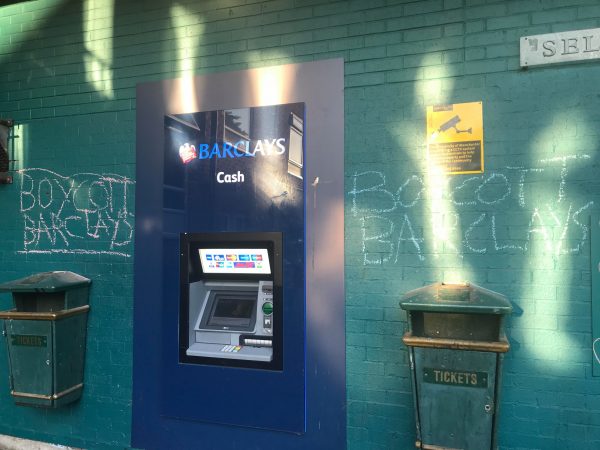 An Extinction Rebellion spokesperson said: “The chalking is our first action as a group with the intention of sending a wake-up call to students, encouraging them to join the rebellion.

“Some of the graffiti was aimed at Barclays bank and UoM divestment. These institutions are both drivers of fossil fuels and will be on the wrong side of history unless they divest now.

“The board of governors meet on the 22nd of May, we hope many will join us in protesting for divestment outside. Similarly, there is a national protest against Barclays bank and it’s huge investments in fossil fuels on the 25th. While we appreciate students are very busy with exams, everyone is welcome to join us at these events.”

“Following an update to the University’s Socially Responsible Investment Policy (SRIP) our investment managers have been instructed not to invest in in companies that generate more than 5% of their revenue from thermal coal (the type of coal used in power plants) or oil sands (also known as tar sands).

“Both of these are associated with producing high levels of carbon emissions and air pollution. We understand climate change is a global problem and as a University we have a role to play in bringing our influence to bear.

“This update to the SRIP reinforces our approach that seeks to pursue a responsible investment, whilst minimising any potential negative impact on our investment returns.”