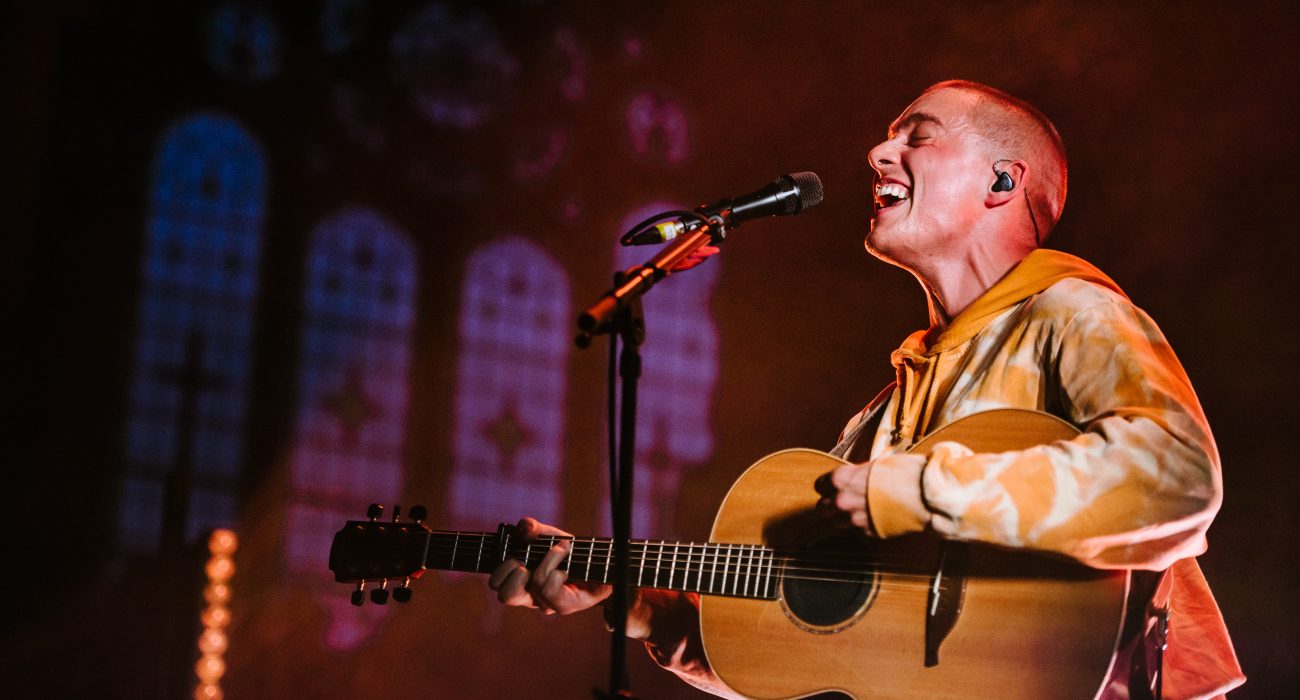 As the last bit of daylight lit the stained glass windows of Albert Hall, singer-songwriter Dermot Kennedy took the stage with an energetic cheer from the crowd, which continued as he began ‘All My Friends.’ Kennedy originally released the song in 2017 but included it again on his recently-released self-titled album.

Despite having mostly released singles and EPs over the last few years, the Irish musician played a sold out show on Saturday night. Luca Fogale, a Canadian singer-songwriter, supported the night with a folksy opening set.

The show continued with ‘Lost’ — Kennedy’s most recent single — and once the chorus hit, the crowd played their part in belting out the hook, “I am lost this time.” The energy was high in the room, and upon the song ending, spontaneous chanting broke out. “Der-mot! Der-mot!” the crowd repeated, as Kennedy smiled somewhat sheepishly from the stage.

This perhaps fuelled Kennedy’s commanding performance on stage, full of both confidence and humility. With an impressive amount of power, his gravely, passionate voice would fill the hall, but his eyes often remained closed. This small act displayed the connection that he feels to his songs and the sincerity with which he performs. His stage presence felt carefully crafted while remaining authentic.

Supported by a three-piece band, Kennedy’s music combines a variety of elements. His soulful tunes are often infused with hip-hop beats and verses that border spoken word. Often regarding the challenges of the human condition, his poetic lyrics skillfully combine artistry and relatability.

Despite the raw enthusiasm in the room, the crowd’s energy was often misplaced. Pockets of chatter often continued between songs, making it difficult to hear Kennedy’s explanations of his next selection. Conversations often continued no matter what was happening on stage, which put a damper on the experience for other concert-goers.

It is difficult to fault Kennedy for such behaviour, though, as he put on an energetic performance. It would be curious to see if the crowd would have behaved similarly on a different night of the weekend, perhaps with professional responsibilities the next day keeping them in check.

Toward the end of the night, Kennedy broke into ‘Power Over Me’, his most-streamed song. Its popularity was evidenced by the sheer volume with which the crowd belted out the opening line — “I want to be king in your story, I want to know who you are.” With its driving beat and catchy chorus, the song grabbed the attention of the once-distracted room. With the final notes, loud cheering erupted throughout the room. The sustained cheering eventually broke into chants of “olé, olé, olé.”

Kennedy closed out the night with ‘After Rain,’ a song which opened with a simple acoustic guitar. However, as the song built, it provided an opportunity for the singer to display his musical chops once more. Kennedy poured every last ounce of his energy into the driving melody and shredding an acoustic guitar.

The song’s repeating refrain of “you won’t go lonely here” encapsulates what makes Kennedy’s work so compelling. His music provides an opportunity for the listener to sing at the top of their lungs and get caught up in lyrics that remind them they are not alone in their experiences.