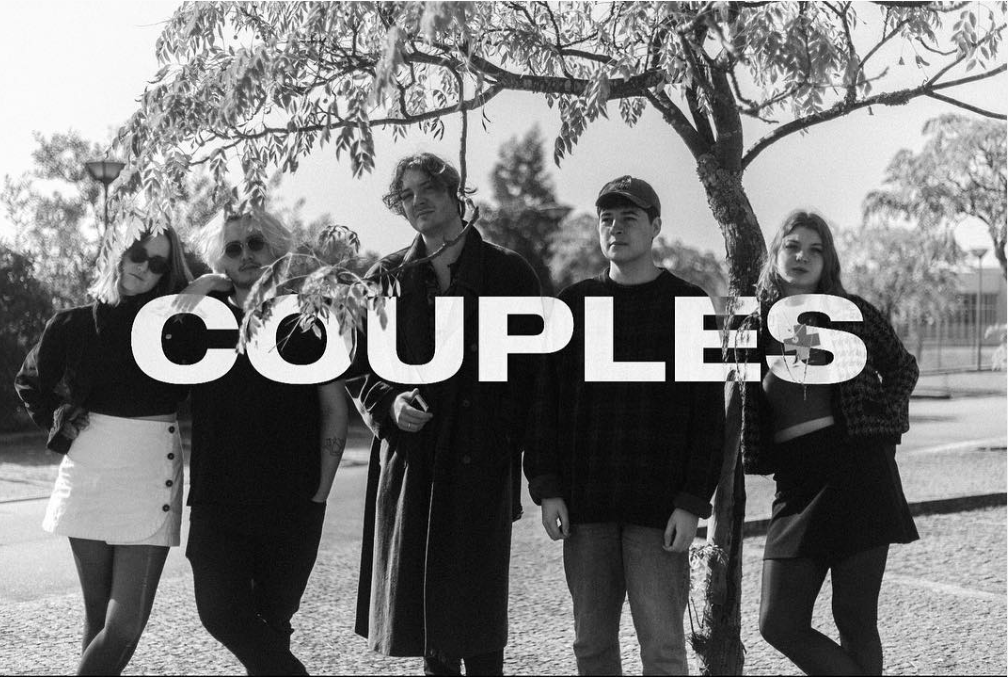 Hailing from London are the explosive alternative psyche rock 5-piece Couples. Armed with a confident swagger and distinct tenacity, despite only attracting a modest number of followers, Couples are undoubtedly on the cusp of a whirlwind pilgrimage into the depths of the alternative industry.

After playing at Manchester’s Jimmys and Bristol’s Exchange, Couples returned to the South to play a hometown show for another Benumu Sunday session.

Taking to the stage of the blue bespeckled Camden Assembly, the captivating creatives are a wave of spirit in their unique style with fervent frontman Connor adding an element of eccentricity, not only in his theatrical vocal style but also through his peculiar prancing. However, it is the band’s ability to collectively conjure such a roaring reel of tight, dynamic and catchy tracks that is so impressive.

With rhythm guitarist Tamsin and Jaime on lead, Couples can be defined by their multi-layered, immersive and swirling riffs, particularly on their latest releases. ‘Rip ‘Em Out’, the unreleased ‘COAHTR’, and the band’s latest, unnamed track they are currently touring with are truly representative of the quintet’s talent in instilling a tingling ambience. With intricate licks, pounding drum beats and bracing bass, vocalist Connor has a polished platform on which to deliver his sermons.

Leaning forwards with outstretched arms, Connor is surprisingly a consistent grounding stage visual that you can barely tear your eyes from. His charged counterparts however are flickering left to right, allowing their soundscape to blend together, creating a hypnotic performance leaving you powerless to the groove. Before the band had even begun, the audience had tripled in size with the very front section swaying to every introductory note, making it clear that Couples are beginning to culminate a cult following.

The repetition of “I’m just waiting for the click” in ‘COAHTR’ and the eerily jangling lead riff in ‘The C******* Song’ are still bouncing around my head days later. This alt-rock, punk-inspired, indie outfit certainly know how to write songs that linger.

What really does make Couples so exciting is their stark potential. Having seen the band play The Gunners Pub last year and twice just over the last two weeks, Couples just get better and better. As the industry continues to (finally) pay attention to the emerging ‘guitar music’ that is so rife again, I believe Couples possess all the essential enigma to carry them through with their peers.

Catch Couples at Liverpool’s EGBGs this Friday (31st) or the Windmill Brixton on 3rdJune.