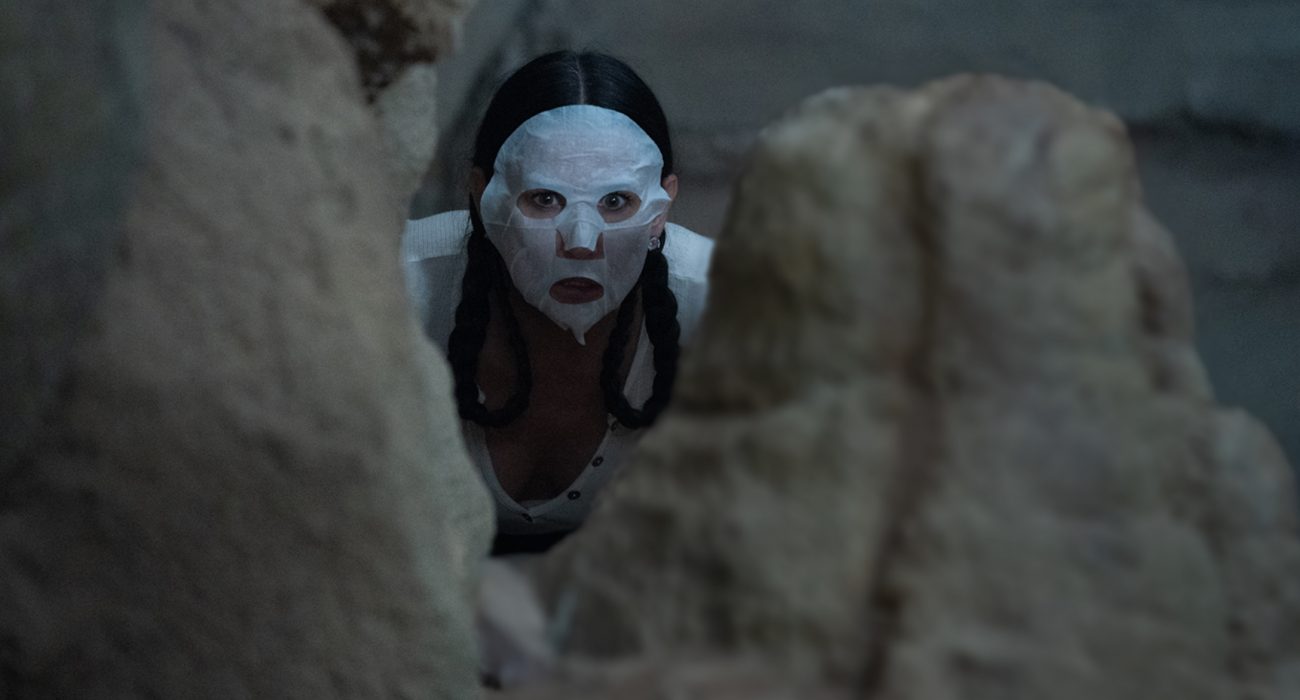 Silicon Valley’s startup culture has been satirised over and over and over, yet Patrick Brice’s tale of teambuilding and cannibalism is fresh and funny — it’s a shame that the presentation is so bland for most of the film.

While on a team building exercise in New Mexico, the staff of a startup company whose specialty is edible cutlery gets caved in after their insatiably demanding boss (Demi Moore) forces them into a cave system. Stuck with no phone signal and limited resources, tensions rise and power dynamics spiral out of control as backstabbing and cannibalism ensue. The idea isn’t groundbreaking but it is presented with a clever script that had the whole room laughing and audibly gasping at the shocking gore intertwined with pristine comedic timing. The cast carries the film of their backs, as the visual presentation left a lot to be desired.

Corporate Animals unfortunately lacks the visual flair that Brice’s found-footage Creep series had. Most of the film plays it safe with boring camera angles, yet some moments of brilliance shine through; as each day passes, we are presented with a giant text which reads “DAY X” accompanied by a deep, loud bell chime. As the third act commences, Freddie (Karan Soni) has a fever dream which brings neon colours and cartoon drawings to his dreamscape — it’s a hilarious scene but it has the unfortunate effect of reminding you of how bland the rest of the film looks.

Despite its underwhelming visual presentation, Corporate Animals is a hilarious dark comedy which might make you squirm in your seat.